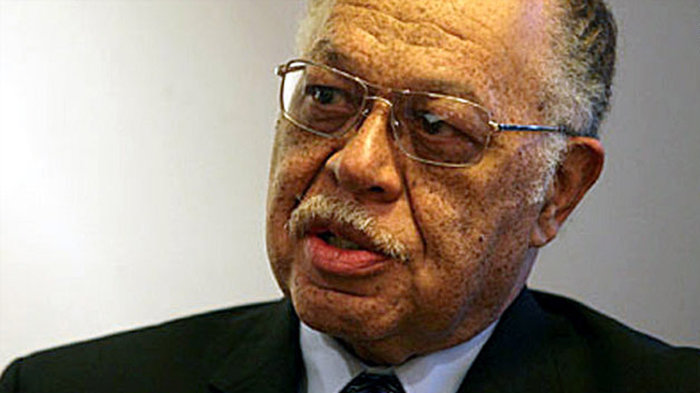 PHILADELPHIA, Pennsylvania, December 7, 2018 (LifeSiteNews) – Many who saw Gosnell: The Trial of America's Biggest Serial Killer this fall say it left them deeply affected, but the true story of notorious abortionist Kermit Gosnell had an uphill battle reaching many audiences in the first place – including in the city where his crimes took place.

Gosnell depicts the Philadelphia abortionist’s arrest, trial, and conviction for the first-degree murder of three born-alive babies and the involuntary manslaughter of patient Karnamaya Mongar. It’s based “very heavily on actual court transcripts,” “dozens of hours of interviews” with Gosnell himself, and the grand jury report.

At PJ Media this week, Philadelphia-based journalist Thom Nickels writes that the film has gone largely ignored, and isn’t even readily accessible within the city.

“The film was released on October 12 but not one Philadelphia-based movie theater had yet booked the film weeks later,” he says. “Where can Philadelphians go to see the film? To the far suburbs, of course, or into the hinterlands of New Jersey where there doesn’t seem to be film censorship.”

A Penn Live article from before the film’s release lists just three theaters where it could be seen: in Lancaster, Hanover, and Selinsgrove, all of which required more than an hour of travel to reach from Philadelphia. The film’s official site lists a dramatically reduced number of theaters showing the movie from when it was originally released, including none in Pennsylvania.

From the production process to its release, Gosnell has faced a litany of roadblocks. Every major Hollywood distributor rejected it, forcing producers to rely on crowdfunding. Judge Jeffrey Minehart, the case’s trial judge, tried to block the film with a defamation suit. NPR objected to ads that referred to Gosnell as an “abortionist.” Planned Parenthood pressured at least one venue to cancel private screenings. Facebook rejected numerous ads for the film.

In October, co-producer Phelim McAleer and marketing director John Sullivan raised concerns about almost 200 theaters dropping the film without explanation, as well as reports of theater staffers actively discouraging and preventing customers from buying tickets. McAleer also faulted the New York Times for refusing to review the film and allegedly backing out of a prior agreement to run an ad for it.

Nickels also takes aim at a critical review of the film from Philadelphia Weekly, which primarily faults Gosnell for not capturing the look, sound, or feel of Philadelphia. The film, which was shot in Oklahoma, is “seriously lacking in local authenticity,” Stephen Silver writes.

“I don’t think the film’s producer Ann McElhinney or its screenwriter Andrew Klavan especially cared about location, but instead were adamant about getting a message across,” Nickels responds. “Who making or watching this movie would care if the Philly skyline is a copy-and-paste job or reel-to-reel authentic?”

Silver also disputed the “false narrative” that “there was a ‘media coverup’ of the Gosnell case to minimize Gosnell's crimes and protect the pro-choice cause.”

“The media is represented entirely by a young female blogger who's the lone reporter in the courtroom,” he said. “In reality, there was never a time, during the trial, when only one reporter (or no reporters) was covering it.”

Silver cites several examples of journalists who did cover the story at various points. In fact, however, while the movie and many media critics contend that much of the press ignored or downplayed the story, none of them argue that there were literally no reporters covering it.

In fact, the scene in question is based on a photo taken by journalist J.D. Mullane, whose photo of rows of empty press seating went viral. The female blogger character is a composite of Mullane and The Federalist’s Mollie Hemingway, who aggressively covered the photo.

“On April 11, 2013, I was in the courtroom with three other local reporters listening to the horrifying testimony of Ashley Baldwin, a Gosnell employee. I looked over at rows of empty seats marked with ‘media only’ notices,” Mullane writes. He goes on to note that the Washington Post’s Sarah Kliff justified the lack of national coverage on the grounds that it was merely a “local crime” story.

“The big media were shamed into coming to Philly, though many, like the New York Times, bailed after a few days,” Mullane adds. He also linked Democrat pundit Kirsten Powers’ 2013 admission that the national press had indeed ignored the story.