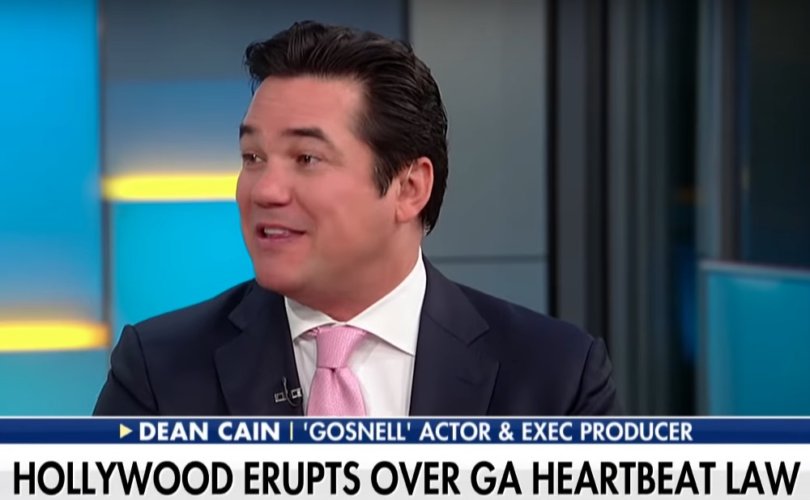 May 14, 2019 (LifeSiteNews) — One of Hollywood’s most prominent dissenters from left-wing orthodoxy spoke out about many of his fellow actors’ protests against Georgia’s newly enacted law banning abortion once a heartbeat can be detected, taking aim at the entertainment industry’s pretense of moral superiority.

While the bill made its way through the legislature, dozens of celebrities and several Hollywood institutions such as the Writers Guild of America threatened to boycott the state if the ban was signed. The film industry has generated considerable jobs and revenue for Georgia’s economy. A handful of smaller studios have since announced they’re refusing to film in Georgia, and far-left actress Alyssa Milano is calling for women to take part in a “sex strike,” because “until women have legal control over our own bodies we just cannot risk pregnancy.”

Cain first noted that it is “hysterical” that some of the companies to announce boycotts have never filmed in Georgia anyway, then proceeded to give his colleagues a civics lesson.

“The people of Georgia made their mark, made their decision, and that’s what they did,” he said. “And now we have Hollywood coming in, saying, ‘Listen, we want you to have our values, we’ll tell you what you should do and how you should do it in your state.’ I don’t think they understand civics very well.”

By contrast, Cain said that if he were hired to film a role in Virginia, he would speak out against Gov. Ralph Northam’s infanticide comments, but “it wouldn’t stop me from going to work” because “my job is my job.”

“Hollywood pretending to be the bastion of moral superiority is an absolute joke,” he added, “because it is not by any stretch of the imagination.”

The Washington Post notes that the most recent fiscal year enjoyed $2.7 billion in direct spending on filming of Hollywood blockbusters such as the Marvel Studios films and popular series such as The Walking Dead. Georgia is particularly lucrative to filmmakers thanks to substantial tax credits offered by the state.