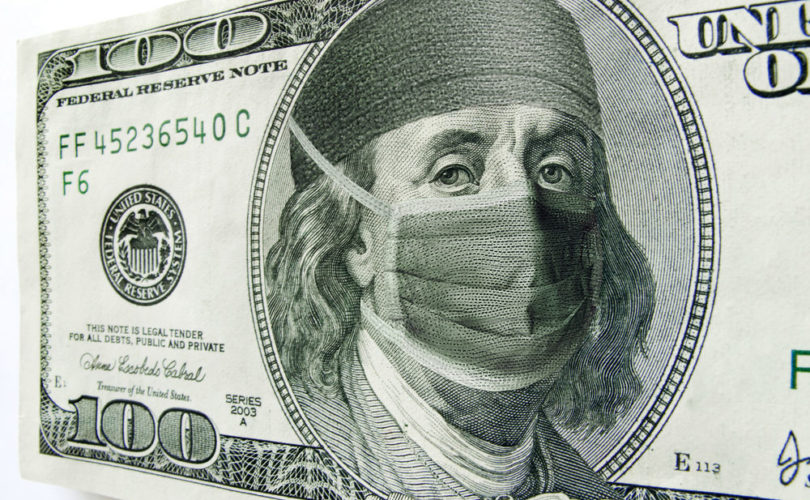 An internal government watchdog agency has found that – despite promises from President Obama and legal language in the Affordable Care Act (ACA) – some 1,036 ObamaCare insurance plans are illegally paying for elective abortions.

The Affordable Care Act requires that insurance companies take up a separate, $1 surcharge to cover abortion. However, the majority of the issuers examined by GAO violate the payment structure, and use federal health care subsidies to cover elective abortions.

On Monday, the Government Accountability Office (GAO) reported that out of 18 insurance issuers it sampled for the report, 15 “indicated that the benefit [of abortion] is not subject to any restrictions, limitations, or exclusions.” The issuers provide “nearly one-quarter of [qualified health plans] covering non-excepted abortion services” in 28 states that do not restrict abortion coverage via health insurance plans more than the ACA.

The pro-life movement expressed outrage at the violation of the law.

Mary Harned, staff counsel for Americans United for Life (AUL), said that the ACA's language “is unambiguous – 'separate payments' are required. Yet insurance issuers are not collecting separate payments. In fact, the Obama administration is telling issuers that they do not need to collect two checks. When issuers seek guidance from the Centers for Medicare & Medicaid Services (CMS), they are told that they can merely itemize the amount of a premium that will be used to pay for abortions.”

The Department of Health & Human Services (HHS) responded to the GAO's revelation by saying it will try to offer clearer explanations of the rules.

But Harned said the government is deliberately allowing states to skirt the law. “GAO uncovered evidence that at least one state department of insurance was unaware that issuers needed to file their plans for segregating the abortion premium from taxpayer funds with the state. At least two issuers indicated that they had not filed segregation plans, and at least one was not aware of any direction by the state to file such a plan.”

Americans should not have to finance abortion unwittingly through their insurance premiums, pro-life leaders said – a fact already codified into law.

Susan B. Anthony List president Marjorie Dannenfelser said that “ObamaCare breaks from the long tradition of the Hyde Amendment, which has prevented taxpayer funding of abortion with broad public support, and was not included in the law.”

She added that the disclosure proves that several vulnerable Democratic senators “voted for taxpayer funding of abortion in ObamaCare.”

National Right to Life Committee Legislative Director Douglas Johnson agreed, “Those really responsible for this scandal are the lawmakers, such as Mary Landrieu of Louisiana, Kay Hagan of North Carolina, Mark Begich of Alaska, and Mark Udall of Colorado, who voted against the pro-life amendment that would have prevented this massive federal funding of abortion-covering plans, as well as those who voted to enact the bill after the amendment was rejected, such as Mark Pryor of Arkansas.”

Dannenfelser, Perkins, and others says that Congress should correct this situation by passing the “No Taxpayer Founding of Abortion Act,” introduced by Congressman Smith.

In a series of statements, Republican House leaders condemned the government funding of abortion.

House Majority Whip Steve Scalise of Louisiana said, “Many of us argued at the time ObamaCare passed that it would funnel taxpayer dollars to elective abortions, despite President Obama’s repeated broken promises to the contrary. This independent report validates our claims and proves that yet another ObamaCare promise has been broken.”

He called the news “the most recent in a string of ObamaCare broken promises to the American people.”

The Obama administration has side-stepped the issue of which ObamaCare plans fund abortion since the passage of the ACA. Last October, and again in December, then-HHS Secretary Kathleen Sebelius was grilled by pro-life Congressmen about whether Americans would be able to determine if their insurance plan funds abortion.

“I don’t know,” Sebelius answered. “I know exactly the issue you’re talking about. I will check and make sure that is clearly identifiable.”

Penny Nance, president of Concerned Women for America, said, “For a president who claims to pursue the most transparent administration, he continues to reject calls to shed light on what exactly is in plans on the health care exchange.”