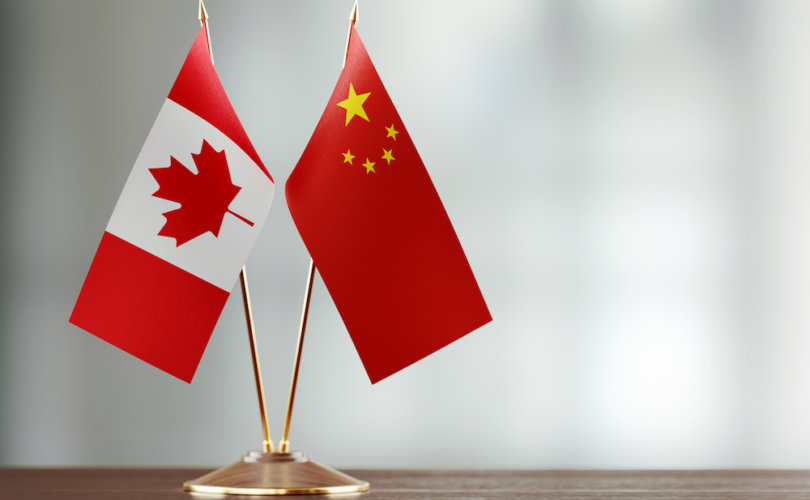 OTTAWA (LifeSiteNews) — Canada’s House of Commons affairs committee in a unanimous vote Monday has asked that any documents relating to alleged Chinese Communist Party (CCP) interference in the nation’s elections be released.

“Canadians deserve answers,”Conservative MP Michael Cooper told the House of Commons affairs committee Monday, according to Blacklock’s Reporter. “We need to get to the bottom of this interference.”

“It is disturbing that the prime minister was briefed about this,” added Cooper.

The committee’s decision to demand the release of such documents follows the recent Global News report which stated that the Canadian Security Intelligence Service (CSIS) has identified at least 11 candidates – who have yet to be publicly named –  in the 2019 federal election who were thought to be under the direct funding and influence of the CCP.

As a result of this bombshell allegation, which LifeSiteNews also reported on, Cooper sponsored a motion ordering that “all relevant briefing notes, memoranda and documents” in relation to Chinese interference in Canada’s elections be released.

“What did the prime minister know and what do ministers know? What were they briefed on?” Cooper asked.

Even Liberal Party MP Greg Fergus stated that “We are all extremely concerned about the interference of foreign governments in our political affairs here in Canada,” with another Conservative MP, Luc Berthold, adding to the committee that Canada’s elections have “been threatened with these allegations.”

Berthold also stated that MPs “owe it to Canadians” to make sure that Canada’s democratic process is “beyond any suspicion and especially beyond any foreign interference by any entity around the world and in particular the Chinese Communist Party.”

“Why didn’t we know anything between 2019 and 2021? Why weren’t Canadians told about this, and more importantly why did the prime minister not do anything to protect the 2021 election from the interference that occurred in 2019,” Berthold inquired.

Prime Minister Justin Trudeau’s Liberal government has been under major pressure since the allegations first broke last week, with six MPs  demanding his government meet publicly to discuss the accusations.

In July of this year, LifeSiteNews also reported that an analysis conducted by a federal research unit showed that the CCP may have tried to influence the outcome of the Canadian 2021 federal election as well.

Shortly after the 2021 election – Trudeau won both the 2019 and 2021 elections – Conservative Senator Leo Housakos introduced  Senate Bill S-237, formally titled “An Act To Establish The Foreign Influence Registry and to amend the Criminal Code.”

If passed, this law – currently in its second reading – would make it so all federal lobbyists who receive funds from a “foreign government, an individual or entity related to a foreign government” must disclose any payments as well as names of clients. Failure to comply would result in a $200,000 fine along with a two-year jail term.

Chinese influence in Canadian politics is unsurprising for many, especially given Trudeau’s past admiration for China’s “basic dictatorship” and his government’s unwillingness to declare the CCP’s treatment of its Uyghur population a “genocide,” despite credible evidence.