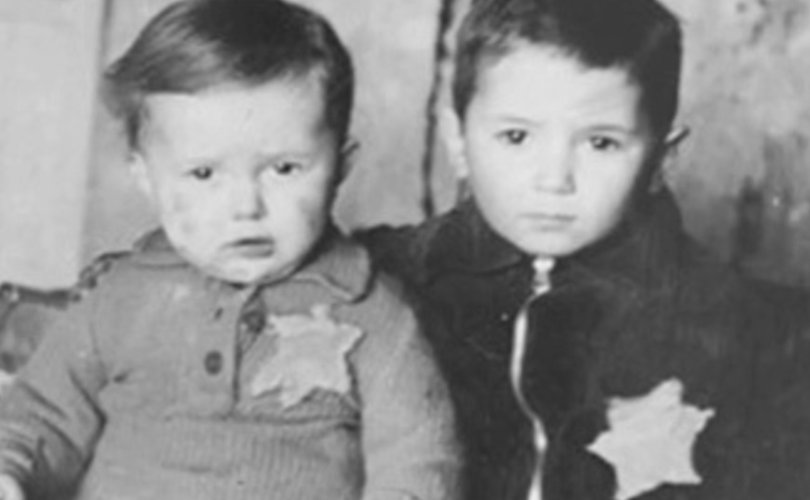 April 11, 2017 (LifeSiteNews) – Alberta Education Minister David Eggen has condemned a pro-life group’s presentation to a Catholic school for comparing the Nazi extermination of Europe’s Jews with the killing of millions of unborn babies in Canada and the U.S.

But defenders of religious freedom condemned Eggen for telling Christians what to believe and teach.

Eggen said the video, “The Case Against Abortion, Personhood,” was “hateful propaganda.” He contacted the Red Deer Catholic School District, he said in a statement, “to share the government’s deep concern.” He told reporters, “Let me be clear. There is no place in a publicly-funded school for a video comparing the horrors of the Holocaust to abortion.”

While the Catholic school board swiftly acceded to Eggen, pro-life groups, including the one that made the presentation, defended the video. What’s more, a leading constitutional expert, John Carpay of the Calgary-based Justice Centre for Constitutional Freedoms, called Eggen’s comments “a profound interference in parental rights and religious freedom.”

However, Guy Pelletier, chairman of the board of Red Deer Catholic Regional Schools, said, “Any reference or comparison to the Holocaust in order to make or reinforce another idea is generally not an acceptable method of communication.” As with Eggen, he did not explain his reasons.

Pelletier also said the district was reviewing its method of vetting third-party presentations in its schools and discussing with Red Deer and Area Pro-Life, the video’s presenter, its future involvement with the schools.

The Alberta Catholic School Trustees Association told LifeSiteNews it would not  comment because this was a local matter.

But Carpay told LifeSite, “The Catholic school trustees should be outraged by this attempt by the education minister to interfere in Catholic educational rights.”

“A Catholic school need not apologize for teaching its children consistent with its own beliefs,” he added. “It’s profoundly disturbing that the education minister should start dictating to Catholic schools.”

In recent months, Eggen has insisted that public and private schools in Alberta set up Gay Straight Alliances, or support clubs for LGBT students, whenever a student calls for one. Carpay’s organization is defending an Edmonton-area conservative Protestant school board that has refused to comply on the grounds that homosexual behaviour, which the GSAs promote, is forbidden by Christian teaching.

Eggen’s comments on the Holocaust comparison have been supported by Cristina Stasia, the founder of AIM (Accessing Information not Myths), which promotes sex education. Stasia told reporters after watching the presentation, “Certainly for a Catholic school abortion is important. But we don’t talk about abortion by lying and exaggerating and comparing it to the Holocaust.” She added, “One thing that was shocking was astounding medically inaccurate information that’s being provided students.”

Stasia did not specify the inaccuracies or lies she had seen. She did not reply to LifeSiteNews’ request for an interview.

Joel Soodsma, spokesman for Red Deer and Area Pro Life, told LifeSiteNews there were many ways abortion could be compared to the Nazi Holocaust, the first being the scale of both events. “The numbers of unborn killed in North America has certainly surpassed the six million Jews killed in the Holocaust,” he said. “And the unborn, like the Jews and others the Nazis killed, are innocent. They have committed no crime.”

The video, said Soodsma, made the point that the Nazis and abortion advocates start by denying the personhood of their victims. Before she showed the video, the presenter used other material to explain prenatal development.

“She made two points,” said Soodsma. “The pre-born baby is human, not some other species, and it is alive.  At eight weeks, it is responding to touch. At 16 weeks, there is significant development in its sensory receptors. And at 20 weeks, the body visibly responds to pain.”

Veteran pro-life campaigner Stephanie Gray told LifeSite that comparing the Holocaust with other examples of mass killing should be acceptable since Jewish organizations do it themselves. She related how, when she was an undergraduate at the University of British Columbia,  a Jewish organization marked a week memorializing the Holocaust by bringing in a second group to talk about the Rwandan genocide.

Their theme, said Gray, was “never again, not just for their own people, but never again for all people.” Gray, who co-founded the Canadian Centre for Bioethical Reform, calls her new pro-life ministry Love Unleashes Life and lives in Vancouver.

Another CCBR alumnus, Jojo Ruba, said he has been shouted and shut down on several Canadian university campuses for comparing the Holocaust to abortion. However, he also noted how Jewish Holocaust museums include exhibits about other genocides.

Ruba identified four bases for comparison: systematic killing (trains and death camps for the Holocaust, hospitals and free surgery for abortion); dehumanizing language (“subhuman” and racist epithets for Jews, “parasites” and “clumps of tissue” for the unborn); alleged public benefits (scientific advances from experiments on individuals from both groups); and scale (many millions slain in both cases.)

Ruba, who now is executive director of the Faith Beyond Belief organization, wondered if Eggen could be so ignorant of religion that he was actually unaware of “the gravity of what he’s saying, that he’s telling Catholics and other Christians what we ought to believe.”