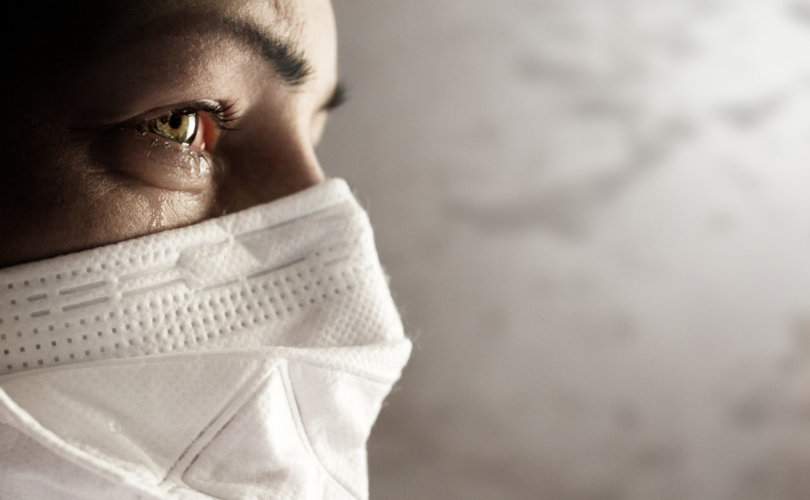 The Member of Parliament (MP) for the Conservative Party of Canada (CPC) made the statement in an email message sent to his followers on Monday titled “Is Trudeau gearing up to impose mandatory vaccines?”

“Too many people in power have had a taste of greater power and are now embracing the idea of ruling over us, rather than governing,” Sloan wrote. “In the hands of such people, things like masks and vaccines become tools of control, not enhancers of health.”

Sloan went on to say that “now more than ever” is the time to “speak out against government overreach that uses this public health crisis as a cover to ‘temporarily’ remove liberties that will never be restored.”

In the email, Sloan referred to the fact that in June the federal government under Prime Minister Justin Trudeau placed an order for 37 million sets of syringes along with bandages and disinfecting wipes from the Canadian branch of the medical company Becton Dickinson.

On August 5, the Canadian government signed COVID-19 vaccine deals with Pfizer and Moderna for their respective mRNA-based coronavirus vaccines.

In the email, Sloan suggested that the federal government ordered so many syringes because they might be planning on “mandating” a coronavirus vaccine.

“But if a COVID-19 vaccine is produced, is the Liberal government planning on mandating it? Is that why those syringes were ordered?” Sloan wrote.

“Whether or not the Liberal government is planning on making a COVID-19 vaccine mandatory is a very serious question we need to start asking. … By the end of October, when delivery is promised, Canada will have enough syringes to give every Canadian two doses of something, and it isn’t hard to imagine what they are anticipating that might be.”

The Trudeau government announced in May that Health Canada approved the Chinese-made coronavirus vaccine Ad5-nCoV to be used in human clinical trials in Canada. However, Ad5-nCoV has yet to be used in human trials in Canada, as its shipment has been hindered due to Chinese customs delaying its delivery to Canada. Ad5-nCoV was co-developed by the Beijing Institute of Biotechnology and the Chinese firm CanSino Biologics Inc. (CanSinoBIO)

On May 12, Canada’s National Research Council (NRC) announced a collaboration with CanSinoBIO to test and develop Ad5-nCoV in Canada.

LifeSiteNews reported at the time that the vaccine candidate Ad5-nCoV uses the HEK293 cell line, which is made from fetal cells harvested from an aborted baby decades ago.

As for the Pfizer and Moderna mRNA-based vaccine candidates, according to the John Paul II Medical Research Institute, mRNA vaccines “do not use cells. They are free from using aborted fetal cells.”

“However, mRNA vaccines are unproven, to date, in creating a successful FDA-approved vaccine.”

In the August 10 email, Sloan quoted Canada Minister of Innovation, Science and Industry Navdeep Bains, who said recently that “with regards to making it mandatory/keeping it voluntarily (sic), that’s something that we’ll closely work with Dr. Tam and Minister Hajdu on, to determine when we get to that stage how to proceed.”

Bains made the vaccination comment on August 5 at the press conference announcing the Canadian government's new deals with Pfizer and Moderna.

Sloan wrote that Bains' words were “not reassuring words.”

Sloan said in early July that if elected prime minister he would introduce a law that would ban provinces from forcing “vaccinations on their residents, including children.”

He made the comment in response to New Brunswick provincial Bill 11, which would have effectively mandated kids to be vaccinated to attend public schools by removing religious and philosophical vaccine exemptions from existing law, leaving only a medical exemption with doctor approval as the only opt-out.

That bill was defeated in late June as lawmakers rejected the removal of “non-medical” religious and philosophical vaccine exemptions.

Only Ontario and New Brunswick have made certain vaccines mandatory via legislation, with some non-medical exemptions allowed, for children to attend public schools.

In the province of British Columbia, parents now must provide their child’s immunization records for their kids to be enrolled in public and private schools.

Vaccines are not mandatory in Canada as each province is responsible for their healthcare delivery.

In July, LifeSiteNews reached out to Sloan for comment regarding how he would accomplish amending the Canada Health Act so that he could keep his promise to ban provinces from forcing vaccines on residents.

Sloan replied by saying that his government would use the Canada Health Act to make sure that the provinces and municipal agencies they fund never force any type of vaccine on Canadians.

“I oppose any mandatory vaccinations on the Canadian public, both for a future COVID vaccine and for vaccines in general … that is why a Sloan government will use the Canada Health Act to ensure that provinces and the municipal agencies they fund never do this,” Sloan told LifeSiteNews.

Dr. Leslyn Lewis is the only other candidate who identifies as pro-family and pro-life, with former MP Peter MacKay and MP Erin O’Toole identifying as pro-abortion.

Both Sloan and Lewis told LifeSiteNews that they oppose COVID-19 vaccines made from an aborted fetal cell line from decades ago.

In the CPC English leaders debate, Sloan said his fellow candidates would “agree with him” that “it’s not right” that Canada has no laws protecting babies from abortion.

This is not the first time Sloan has taken a strong stand against mandatory vaccinations. In May, he said in an email that he is “100 percent against a mandatory COVID-19 vaccination.”

In the August 10 email, Sloan also reiterated his opposition to mandating masks in Canada, and said he remains “100 percent vigilant against the erosion of Canadian civil liberties.”

The CPC leadership race is being held by mail-in ballot. It will conclude August 21.