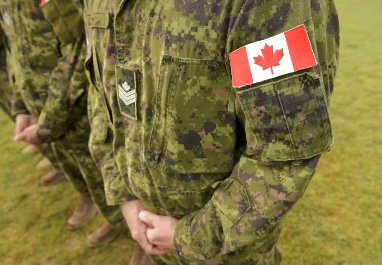 (LifeSiteNews) — A January 2022 report from Canada’s Minister of National Defence Advisory Panel recommended that the Defence Minister “redefine” chaplaincy to exclude religions that do not support LGBTQ and a “gender equality” ideology.

The report, published January 7 and was addressed to Minister of National Defence Anita Anand, says that due to the Canadian “Defence Team” and the Canadian Armed Forces (CAF) having a commitment to “equality and inclusivity,” it is “inconsistent” to continue hiring “(c)haplaincy applicants affiliated with religious groups whose values are not aligned with those of the Defence Team.”

While not outlining specific examples of which religions the panel is referring to, the report uses the example that “some churches’ exclusion of women from their priesthoods violates principles of equality and social justice” while also mentioning that “religion can be source of suffering and generational trauma,” especially for “many lesbian, gay, bisexual, transgender, queer and two-spirited members of Canadian society.”

Another example the report gives for unacceptable religious practices within the Defence Team is a religion that has “strict tenets requiring conversion of those they deem to be ‘pagan,’ or who belong to polytheistic religions.”

“These faiths’ dogmas and practices conflict with the commitment of the Defence Team to value equality and inclusivity at every level of the workplace,” the official report reads.

“If the Defence Team rejects gender discrimination, anti-Indigenous discrimination, and racialized discrimination in every other area and is working hard to remove systemic barriers to the employment of marginalized people, it cannot justify hiring representatives of organizations who marginalize certain people or categorically refuse them a position of leadership,” the panel adds.

Continuing, the report states that “if a religion openly forbade a Black person to serve within its ranks, its members would be banned from the Chaplaincy in the CAF,” adding that it is through this same principle that religions that oppose a female priesthood and “equal rights for same-sex couples” should not qualify.

While not mentioning Catholicism, which would be a significant example of a religion that holds dogmatic beliefs in opposition of a female priesthood, paganism, and LGBT sexual activity, the report does state that “Indigenous Peoples have suffered unimaginable generational trauma and genocide at the hands of Christian religious leaders.”

While the seemingly anti-Christian recommendation made by the panel does not mean that Prime Minister Justin Trudeau’s minister of national defence will follow through with the proposal, the recommendation itself directly contradicts each Canadian’s fundamental right to freedom of religion as defined in both the Canadian Charter of Rights and Freedoms and the Canadian Human Rights Act.

According to Sayeh Hassan, a staff lawyer with the Justice Centre for Constitutional Freedoms, “Freedom of religion is a Charter-protected fundamental right that allows individuals to practise their religion of choice, without the fear of reprisals, as affirmed repeatedly by the Supreme Court of Canada.”

“Any limitations placed on this freedom by the government must be demonstrably justified in a free and democratic society,” the lawyer added in a piece regarding the government’s role in the regulation of religion.

Freedom of religion in Canada is not just an enshrined right in one’s personal life, but in one’s professional life as well.

The employment section of the Canadian Human Rights Act explicitly states that “it is a discriminatory practice” to “refuse to employ or continue to employ any individual” or “in the course of employment, to differentiate adversely in relation to any employee” on “a prohibited ground of discrimination.”

The act defines “religion” as one of the “prohibited grounds” along with “ethnic origin,” “colour,” and a number of other characteristics.

Moreover, the act also prohibits an “employer, employee organization or employer organization” from establishing or pursuing a “policy or practice” that “deprives or tends to deprive an individual or class of individuals of any employment opportunities on a prohibited ground of discrimination.”