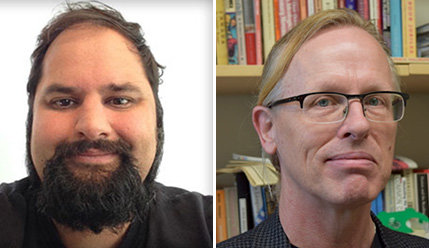 WLU Laurier president Deborah MacLatchey announced Monday that a report by independent investigator and lawyer Robert Centa found no student filed a complaint against Shepherd for showing a video clip about gender neutral pronouns, the Toronto Globe and Mail reported.

Shepherd, 23, was reduced to tears in a private meeting with her supervising professor Nathan Rambukkana and two others when they berated her for airing without commentary a clip of a debate on TVO’s The Agenda on the subject.

Peterson rose to fame as the foremost critic of the Liberal government’s trans “rights” Bill C-16.

He warned from the outset it would lead to “compelled speech” and declared he would refuse to use gender neutral pronouns, and neologisms such as “ze” and “zir,” even though Bill C-16 bans discrimination based on gender identity and expression.

Centa’s findings come as a relief to Shepherd, she told the Toronto Globe and Mail.

“As much as people criticize students for being snowflakes, it turns out it was the professors,” she said.

Although Centa’s full report won’t be released because it concerns personnel issues, Shepherd also lauded MacLatchey for publishing the conclusions.

“I would have gone through my whole life thinking I offended someone and really hurt someone, and I violated policies, and it would not have been true,” Shepherd said.

“It’s a complete abuse of their power to pretend that someone had complained.”

The grad student caused a media storm mid-November when she published an audio recording she secretly made of the meeting, in which Rambukkana, along with Adria Joel, acting manager of the Gendered Violence Prevention and Support Program, and program head Herbert Pimlott rake her over the coals for not condemning Peterson’s views before airing the clip for the course “Canadian communication in context.”

Rambukkana told Shepherd doing so was akin to “neutrally playing a speech by Hitler.”

Rambukkana also suggested that by not taking sides, Shepherd was “targeting someone due to their gender identity or gender expression” and so could be breaking Bill C-16 and violating the Ontario Human Rights Code.

Showing the video “created a toxic climate for some of the students,” he said.

Both Rambukkana and Laurier president Deborah MacLatchy publicly apologized after the story broke and a number of media outlets and commentators criticized the interrogation.

MacLatchey did not comment Monday if WLU will penalize Rambukkana, Joel and Pimlott.

She has “made it clear the conduct of those involved did not meet the high standards I’ve set for staff and faculty,” MacLatchey told the Globe.

“This is a case where firing someone might seem to be an easy answer, but what has happened at Laurier in this controversy has exposed more fundamental [issues] at the institution which need to be addressed.”

Meanwhile, 20 Laurier faculty members released a open letter Monday supporting their colleagues caught on tape, according to the Toronto Star.

“We reject efforts of those who have seized this episode as a strategic opportunity to disparage disciplines and scholars with commitments to improving social and economic equality within universities and in society at large,” the letter said.

Shepherd has maintained she went public with her recording to expose the repressive atmosphere at the university, not because she wanted retribution.

“I was never out for blood,” she said after the university and Rambukkana apologized.

Others are not so sanguine.

“Ms. Shepherd’s hectorers were lying to her, like cops trying to extract a confession from a suspect, and they knew they were lying to her,” wrote University of Toronto political science professor Clifford Orwin in the Globe.

“With the stunning revelation that there never were student complainants against teaching assistant Lindsay Shepherd – not even one – the reputation of Wilfrid Laurier University should hit rock bottom.”

And the National Post’s Christie Blatchford has critiqued Laurier’s 13-member task force on free expression, another response by the university to the Shepherd debacle, as stacked with faculty who put political correctness ahead of free debate.

The task force will develop a policy to balance academic freedom and freedom of speech with Laurier’s “vision mission and values” by March 2018, according to the Star.

Weak words: “Wilfrid Laurier University encourages and protects freedom of expression… At the same time, we reject and do not support discourse that involves hate, intolerance and intimidation.” But, WLU, the devil's question: who defines the latter? https://t.co/g8j2zKs0VT