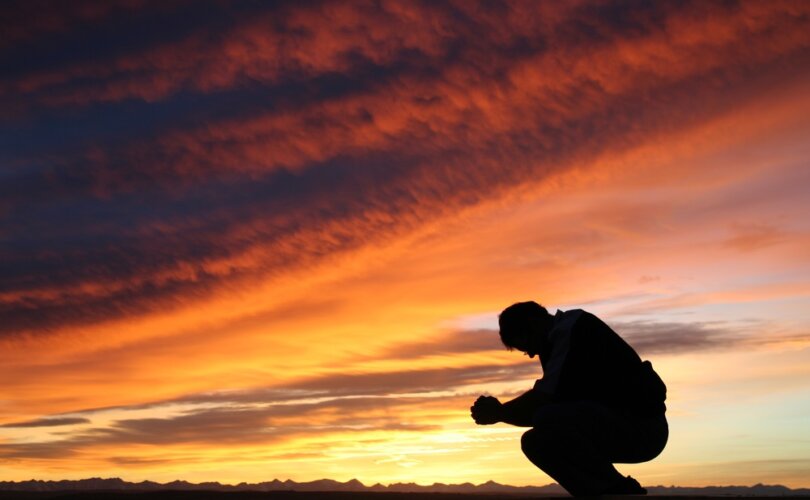 (LifeSiteNews) — A Texas man whose seven-year-old granddaughter was kidnapped and murdered last week expressed both his own grief and Christ’s love in a heartbreaking social media post in which he publicly forgave the girl’s killer.

On Saturday, Mark Strand posted on Facebook that the Holy Spirit had urged him to forgive his granddaughter’s murderer even though his own fallen nature makes him want to take revenge.

“There’s not one ounce of my flesh that wants to do this or say this, but my spirit has heard God’s voice and right now, while tears flood my eyes, I declare publicly that I forgive this man!” Strand said in a post that has since tallied 28,000 reactions, 29,000 shares, and over 6,000 comments. “Hate will not win.”

This is what faith and grace can do. #AthenaStrand‘s grandfather: https://t.co/TUTgtqwxY1

Strand is the grandfather of Athena Strand, a seven-year-old girl who disappeared from the driveway of her father and stepmother’s home just north of Fort Worth, Texas on Wednesday evening. Police discovered the girl’s body Friday and say she was likely killed within an hour of being kidnapped.

Tanner Lynn Horner, a 31-year-old contract FedEx driver, was arrested and charged with capital murder and aggravated kidnapping in connection with the incident. Wise County Sheriff Lane Akin said Horner confessed to the killing and described the act as “a crime of opportunity.”

In the Saturday social media post, the girl’s grandfather expressed his own human desires related to the horrific incident, contrasting them with the promptings he believes came through the inspiration of God.

“This flesh man hopes he remains blind and deaf to the message of salvation and never sets foot in the same heaven that I know in my heart my darling Athena resides in now and yet, that gentle voice persists,” he continued. “Why you ask? Because Hate is a powerful force that will take root in your soul. God wants to protect us all from that hate.”

Strand went on to explain the spiritual danger of allowing hate to take up residence in one’s soul.

“Hate is the gateway for the Evil we see growing in the world today,” he said, adding that if he took revenge on his granddaughter’s killer “that hate would root itself in my heart and I would be destroyed.”

“That gentle voice is the Holy Spirit of God speaking to me right now,” he said. “He’s reminding me that my savior Jesus willingly laid Himself on a cross and died in my place to reconcile me to God the Father, but also that He did that for All of Us, even this man that my flesh so Hates at this very moment.”

Recognizing his own fallenness, Strand said he nonetheless recognizes the voice of God when he hears it and stressed that he doesn’t want to banish it by giving in to hate.

“If I allow this hate to consume me, that voice will fade and eventually be silenced,” he said. “Then that ugly spirit of hate will have succeeded and that’s why this gentle voice persists to tell me I need to forgive this man. It’s for my protection and my peace. It’s to set me free from this hate and allow me to continue to hear God’s gentle voice.”

READ: ‘I killed her son and received forgiveness’

Strand ended by expressing hope that his family will recognize his decision to publicly forgive his granddaughter’s killer as having been done “for the sake of my family and myself and to Honor the voice of God who is giving me the strength to say this.”

“I do this to honor our precious Athena who knew no hate,” he said. “This man won’t be allowed any real estate to live in my brain, he belongs to God and God’s justice will [be] done. Love Conquers All and Forgives. Today, I choose Love and hate loses.”