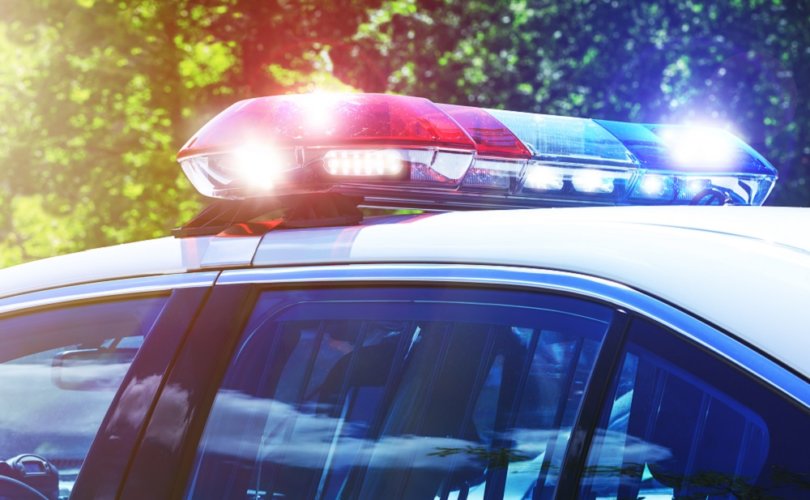 SAN FRANCISCO, California, April 6, 2020 (LifeSiteNews) — An 86-year-old grandfather praying outside an abortion center is the first person to be ticketed for violating a municipal shelter-in-place order implemented because of the coronavirus.

Ronald Konopaski was outside the Planned Parenthood abortion facility on Valencia Street when police cited him for a misdemeanor Thursday, the San Francisco Examiner reported.

Sign the petition supporting this grandpa and other pro-lifers wrongly arrested, here.

Konopaski, who was also violently assaulted outside the same abortion center last year, had been praying outside the abortion facility, since Ash Wednesday, February 26, for the 40 Days for Life prayer campaign, and had set up a couple of chairs and a bin with literature.

San Francisco Police Department (SFPD) officers cited him for violating a March 31 order that forbids people from being outside except for essential errands, such as grocery shopping or picking up medicine. It also exempts employees in what the government has deemed essential services, such as health workers, and homeless people.

Konopaski's relations with the San Francisco police are typically very cordial, but on Wednesday an unusually aggressive officer warned him that he was violating the city's stay-at-home order, he told LifeSiteNews in a subsequent interview.

Konopaski then checked with a lawyer from Life Legal Defense Foundation, who advised him he was not in violation of the stay-at-home directive, which the lawyer also believed to be unconstitutional. However, on Thursday police slapped Konopaski with a citation for violating the order.

Sgt. Michael Andraychak, spokesman for the SFPD, told the Examiner that Konopaski was the first and only person to be cited under the municipal order as of Friday.

Police chief Bill Scott warned in a press conference that day that officers would be cracking down on businesses and individuals who repeatedly violate the order.

“We’re not warning you twice. So please heed to these orders,” he said. “We’re trying to save lives.”

Moreover, according to the Examiner, neighbors had been repeatedly calling 311 to complain about the pro-life advocates.

One man told the news outlet in an email that “what they are doing right now is not essential.”

But Konopaski, a parishioner at Star of the Sea Catholic Church, says he was providing a necessary service for the women heading into the abortion center.

“Once they get inside, they’re only offered one option and that’s an abortion. And so, we’re outside, to try to give them another choice that they can keep their baby and we can help them with any problems they have,” he told KPIX5.

He contends that the order violates his constitutional right to free speech and religion, but he does not plan to return, as police told him he will be arrested if he does so, reported KPIX5.

Konopaski said he intends to fight the ticket when he appears in court April 27, and he suggested that authorities are unfairly singling out pro-life advocates.

“The people who are opposing my being there are just using this order as a tool to engage the police to do their dirty work to get rid of me,” he told KPIX5.

That was echoed by two other pro-lifers, Matthew Prewett and Pro-Life San Francisco founder Terrisa Bukovinac, who were also outside the abortion facility Thursday.

Police warned the two they were violating the order and would be cited if they did not “move along.”

In a video Prewett took of the incident, one officer tells Bukovinac: “So, the constitutional right to protest, so on and so forth, has to take a back seat to the health order.”

Both officers also flatly refused to look at a letter Bukovinac produced that she said was from her attorneys, which made the case that the pro-life advocates were in compliance with the order. They said the letter had been sent to their department the day before.

Bukovinac pointed out in the video that the city issued a public health order March 17 that “put a moratorium on elective procedures.”

Abortion is “is elective by definition” and is “the number one cause of death in America,” she said.

“We feel that this is particularly discriminatory in nature, that the city is actually specifically targeting sidewalk counsellors,” added Bukovinac.

“This is completely unconstitutional. How can they be allowed to continue literally killing babies at 16 weeks … for elective reasons, but we cannot be out here to ensure that if someone is being coerced or forced into an abortion that they know that they have other resources?”

Moreover, during the pandemic, women are especially vulnerable to being coerced into abortion, she said.

Prewett told one officer that the order is not being enforced consistently, a point he repeated to the Examiner.

“I see people violating the stay away order all the time in the Panhandle park and I have never seen police respond to that,” he said.

Outside of Planned Parenthood where they are trying to shut down pro-life activists. https://t.co/CQUOP9n8yg

In the video, Bukovinac identifies Konopaski as the man who was brutally assaulted by a young man outside the Planned Parenthood abortion center last year and said his assailant has never been caught.

May 5, 2020 update: This article has been updated for clarity based on an interview with Ron Konopaski.