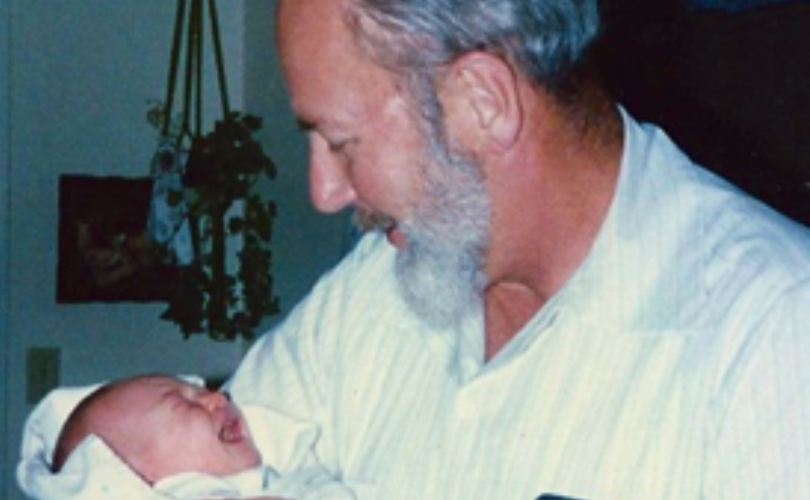 RIVERSIDE, California, December 7, 2012, (LifeSiteNews.com) – Sarah Fisher, 25, could never understand why when she was a little girl, her mother would always become teary-eyed when she would wish for an older brother. Sarah was the oldest of five, but she remembers feeling “so deprived for not having an older brother.”

“I would tell my mom how much I wanted an older brother,” she told LifeSiteNews.com in an interview. “It was never an older sister, it was always an older brother. She would always tear-up every time I mentioned it.”

It wasn’t until Sarah was 18 and taking steps to attend college that she learned the cause of her mother’s tears.

Sarah learned that she did have an older sibling, but not in this world. He had been aborted while her mother was still in high school.

“I was shocked by her story, because I had been raised pro-life,” she said. “But at the same time, I saw how this explained many things that I had never been able to understand about my mother. It wasn’t until recently that I learned more specifics about the incident from my mother.”

In the early 1980’s Sarah’s mom, Susan, attended a private Catholic high school in southern California. Susan’s parents were devout Catholics and involved in pro-life activities. They became foster parents to multiple children, including a few children from overseas who had health problems.

Susan at 16 was “very beautiful and very outgoing,” Sarah said. Susan, the oldest of six children, began dating a football jock and soon became pregnant. The boyfriend pressured Susan into visiting a Planned Parenthood clinic to put an end to the pregnancy .

“He sent one of his friends with her (since he supposedly had something else to do) and my mom went, unwillingly, and got the abortion,” Sarah said.

Sarah learned how her mother had been “in a state of absolute shock and disarray” when she returned to school after the abortion and how the boyfriend “instantly broke up with her.”

A Grief-Letter and a Poem

In her pain, Sarah’s mother wrote a letter to the boyfriend about her abortion, hoping to “make him feel the hurt and anguish that she was feeling.”

But the letter was intercepted by Susan’s brother and ended up in the hands of Susan’s father — Sarah’s grandfather.

“I can only imagine what he felt,” Sarah said. “There are rumors in our family of his reaction, rumors about an anger that almost drove him to violence against the boyfriend, and rumors about the hurt that he was feeling on behalf of his daughter.”

Sarah learned that instead of violence, her grandfather chose to write a poem for his hurting, 16-year-old post-abortive daughter.

In the poem, the grief-stricken father relays to his wounded daughter his “agony of watching her slide toward a one-way rut.” He lays the blame on himself for her misfortunes and admits his “share” of “guilt.”

Little did the father know that the last few lines of his poem would ultimately alter the destiny of his daughter, his grandchildren, and his great-grandchildren. They read:

I read a poem a while ago about a test she failed.
Though eloquent it surely was, the logic somehow trailed.

As if life granted one big test — and then the Judgement made,
we’d never have a second chance, nor values we could trade.

Thank God it doesn’t work that way. Thank God there’s other chances —
to Accept Him as He said, The Vine, and take our place as Branches.

It was not until last week that Sarah learned of the existence of this poem and the restoration it effected in her mother. She learned how the poem had changed her mother’s life, offering her a ray of hope, opening up to her a new horizon that transcended the bleakness of her shattered life.

“The poem is the very reason why my mother managed to heal and become so positive again,” she said.

Sarah learned how her mother came to “regret that abortion with everything in her,” and that she used that “awful experience to bring up pro-life children.”

“It was then that I understood why Mom had lectured me, as I was growing up, the pro-life way that she had,” she said. “I now knew why she had tried so hard to instill in us pro-life values.”

It was just last week that Sarah put the pieces of the puzzle of her own life together regarding a ‘choice’ that she was faced with five years ago.

At 20, Sarah had finished college and had been accepted into university on a scholarship. She was also dating and being intimate with her boyfriend, Jared. Not long before heading off to university, Sarah discovered that she was pregnant.

“I was so scared at that time that if I had walked into a Planned Parenthood, I probably would have had an abortion,” she confessed.

But Sarah knew what abortion had done to her mother. She did not want to “go through that kind of pain.”

“It felt like this sense of protection to tell my mother, ‘Hey, I’m pregnant.’ I somehow knew that by telling her, it would strengthen me to not make the mistake that she regretted so much,” she said. “But I remember the temptation to visit a nearby Planned Parenthood was so strong.”

In the end, Sarah told her mother the difficult news and found the support she needed. She was also glad to have the support of her boyfriend who was open to the new life they had created together.

They were at first going to give up their little one for adoption, but two weeks before the birth they decided to marry and raise the baby themselves.

Sarah completed her university degree in English and History with little Isaac (whose name means laughter) nestled into her lap during class. Sarah and Jared are now the proud parents of three beautiful children.

“I know that I wouldn’t be so gung-ho pro-life and that my own crisis pregnancy would not be alive and happy today if it hadn’t been for my mother’s witness and protection of me,” she said.

Sarah believes that her grandfather, who died when she was 11, had “something to do” with her choosing life during her crisis pregnancy. She now sees that his poem planted seeds of healing in her mother. These seeds produced in her mother the fruit of healing, self-forgiveness, compassion, and respect for life. She saw that this fruit was passed onto herself and her siblings who learned from their mother about the value of life and the pain caused by abortion.

It dawned on Sarah that her precious Isaac would not be with her today had it not been for the love and compassion shown to her mother by her grandfather through the love-poem that he wrote to her so long ago.

Sarah further believes, that her older sibling who was aborted — who was named Michael — also had “something to do” with her choosing life.

“I think it was my older brother’s spiritual hand on my shoulder that steered me away from the Planned Parenthood clinic that was around the corner from my university and towards the crisis pregnancy center that was a little further away,” she said.

Sarah believes that her story, that weaves generations together, might help women facing a crisis pregnancy or who have already had an abortion. “Going through a crisis pregnancy myself, I understand how scared a woman becomes, how she can be talked into doing just about anything because her mind is paralyzed by fear.”

“Women who have walked the path of my mother need to know, like my Grandpa said in his poem, that ‘God just wants you back,’” she said. “They, more than anyone else, have the power to help other women facing a crisis pregnancy since they can relate to their fear and the pain.”

Sarah believes that her family’s story reveals that no matter what the details, everyone’s crisis pregnancy and abortion story can have a happy ending.

“To every family member who has a child missing in their family tree due to abortion, do not give up or lose hope. Love heals all,” she said knowingly. “So, celebrate that child and his/her short life and share your story to try and prevent other people in a crisis pregnancy from going through that anguish. You can use your loss to prevent other young losses.”

“Above all,” she says, “believe in second chances and the hope that comes with it.”

The urge to tell my daughter what’s gnawing at my gut.
The agony of watching her slide toward a one-way rut;

There’s nothing quite so devastating to the father’s mind
As finding out he’s dropped-the-ball and now his girl’s entwined.

In mental anguish, doubt and fear
— And, worst of all, self hate —
And questioning there in the mirror
if by now it is too late.

And putting off decision, commitment to repair
the damage done by all involved, the guilt of which I share.

I read a poem a while ago about a test she failed.
Though eloquent it surely was the logic somehow trailed.

As if life granted one big test — and then the Judgement made,
we’d never have a second chance, nor values we could trade.

Thank God it doesn’t work that way. Thank God there’s other chances —
to Accept Him as He said, The Vine, and take our place as Branches.

Discouragement is Satan’s tool that prunes us from the Vine,
He’ll try to get us all messed up, our emotions he’ll entwine.

Then piling on the doubt and fear, he’ll say with exclamation:
Stay back! Go away! You’re just no good — for Reconciliation!