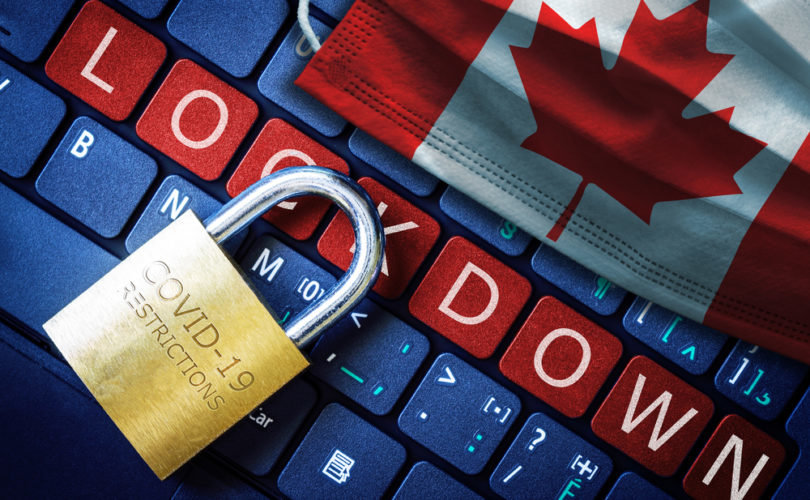 TORONTO – (LifeSiteNews) On Thursday, Action4Canada’s Tanya Gaw and lawyer Rocco Galati announced they have formally filed legal action against “the Government of Canada, the Government of British Columbia, various public health officers, the Canadian Broadcasting Corporation, and others” for implementing and enforcing COVID-19 measures that are in “violation of the Constitution and nearly every section of the Charter of Rights and Freedoms.”

Galati, founder of the Constitutional Rights Centre, told the press that, on behalf of 20 plaintiffs from Action4Canada and 19 other private plaintiffs, he has filed a 386-page statement of claim in the British Columbia Supreme Court, challenging a variety of COVID-19 measures put in place by the province.

The purpose of the suit is to hold the defendants, who include Justin Trudeau, Theresea Tam, Dr. Bonnie Henry, Premier John Horgan, and many others, liable for “infringing on human rights” and exceeding their authority, causing “irreparable harm.”

According to the press release, “[The defendants’] actions appear to constitute criminal negligence, breach of trust, incitement of hatred, crimes against humanity committed against our elderly, our children and society at large, by withholding life-saving treatments, causing extreme psychological trauma due to the ordering of isolation, lockdowns, masking, social distancing and, without making full, true and plain disclosure of the known risks thereof, mandating and promoting dangerous experimental medical injections which they know, or ought to know, cause adverse reactions and death.”

— Article continues below Petition —
PETITION: Ban COVID vaccine mandates for schools and universities!
Show Petition Text
42232 have signed the petition.
Let's get to 45000!
Thank you for signing this petition!
Add your signature:
Show Petition Text

One of the most notable items in the filing is an “application to stay” which intends to prevent the implementation of the vaccination passport system announced by Dr. Bonnie Henry, the Provincial Health Officer for British Columbia.

The passport system, which goes into effect provincewide in British Columbia on September 13, is a “vicious tool to enforce vaccinations,” said Galati.

According to Galati, the vaccine passport system is a violation of Section 2, Section 7, and Section 15 of the Canadian Charter of Rights and Freedoms:

Section 2: Everyone has the following fundamental freedoms: Freedom of religion, expression, peaceful assembly, and association.

Section 7: Everyone has the right to life, liberty and security of the person and the right not to be deprived thereof except in accordance with the principles of fundamental justice.

Section 15 (1): Every individual is equal before and under the law and has the right to the equal protection and equal benefit of the law without discrimination.

Section 15 itself states that it applies to “every individual” and is not usurped just because someone is refusing to receive a certain vaccine – a decision Galati says is also legally protected under the Charter.

“I have a constitutional right to not have a medical treatment forced on me,” said Galati, “Who decides [what medical treatments you have to take], you or the state? It has got to be you or else we’re back to Nazi Germany.”

The passport system in British Columbia, as reported by LifeSite, will discriminate against the unvaccinated, as a class of Canadians, by not allowing them access to restaurants, concert venues, gyms, and public parties, such as weddings.

“This is not a medical or health agenda, this is a political one. They want everybody vaccinated for whatever reason. Up until now, there has never been a problem with people exercising their choice,” stated Galati.

“This is depraved, this is illegal, this is criminal, this is unconstitutional,” he continued.

In addition to the alleged violations of civil liberties, Galati and Tanya Gaw told the press that over the course of the past year, they have collected thousands of pages of scientific evidence and testimony to challenge the COVID-19 measures on scientific grounds.

There is “no scientific basis to the measures,” and they “can prove that in a court of law,” said Galati during the conference.

Both Galati and Gaw mentioned the impact these measures have had on society’s most vulnerable, emphasizing especially children with special needs who have had their routines disrupted, elderly people unable to see family or leave their care homes, and people suffering from disturbances in mental health, many of whom have committed suicide.

“It has become a culture of death,” stated Gaw.

Galati and Gaw’s claims are supported by recent reports from Australia where attempted suicide rates among teenagers had increased by 184% in a six-month timeframe during lockdowns.

Also, in February of this year, Dr. Taranjeet Jolly, an adult and pediatric psychiatrist at Penn State Health’s Milton S. Hershey Medical Center, said that social isolation can push already struggling young people “over the edge” and that “we’ve seen an upsurge in really bad suicide attempts [since the start of lockdown measures].”

Reporting similar findings was the Centre for Addiction and Mental Health (CAMH) in Toronto, which stated in April of 2021 that “levels of anxiety, depressive symptoms, loneliness, and binge drinking,” had increased at the onset of the pandemic, and have remained “nearly as high as they were in late May 2020.”

Galati, who has a history of taking on the government, told the press, “The only failure is not trying to do the right thing.”