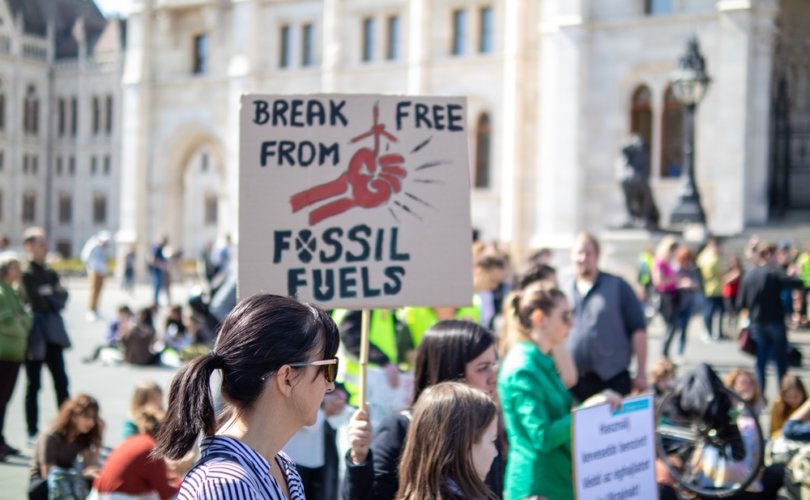 (LifeSiteNews) — One of the co-founders of Greenpeace has said he left the organization after it was “hijacked” by leftist political activists, blasting the environmentalism movement for pushing “fear and guilt” to gain “power and control,” according to an interview published by The Epoch Times.

Patrick Moore, who helped co-found Greenpeace in 1971 and has since joined 1,100 scientists and professionals in signing the World Climate Declaration (WCD) affirming that there is no “climate emergency,” said he chose to leave the global organization 15 years later after left-wing “political activists in North America and Europe changed Greenpeace from a science-based organization to a political fundraising organization.”

Greenpeace founder: “The ‘environmental’ movement has become more of a political movement … primarily focused on creating narratives, stories, that are designed to instill fear and guilt into the public so the public will send them money.” https://t.co/e0fIS8N4Bj

According to Moore, environmentalism has morphed into “more of a political movement than an environmental movement,” one that is “primarily focused on creating narratives, stories, that are designed to instill fear and guilt into the public so the public will send them money.”

A leading scholar and ecologist who received his Ph.D. in Ecology from the University of British Columbia in 1974 and an Honorary Doctorate of Science from North Carolina State University in 2005, Moore explained that activists within the environmentalist movement work in tandem with global agencies like the U.N. and World Economic Forum to promote the “climate crisis” agenda.

Blasting the Intergovernmental Panel on Climate Change (IPCC), which warned in its 2022 report that the world will suffer environmental disaster within the next two decades unless carbon emissions are drastically slashed, Moore argued the panel is “not a science organization” but a political one.

“The IPCC hires scientists to provide them with ‘information’ that supports the ‘climate emergency’ narrative,” he said. “Their campaigns against fossil fuels, nuclear energy, CO2, plastic, etc., are misguided and designed to make people think the world will come to an end unless we cripple our civilization and destroy our economy. They are now a negative influence on the future of both the environment and human civilization.”

According to Moore, environmental policies promoted by the left are both “destructive to civilization” and “not technically achievable.”

Moore also highlighted the decidedly anti-human emphasis that has defined modern left-wing climate ideology and its accompanying overpopulation narrative, a theme noted by other critics, including 12 Rules for Life author Jordan Peterson.

“Many [so-called] ‘environmental’ leaders were now saying that ‘humans are the enemies of the Earth, the enemies of Nature,’” Moore said, pointing out that “the people who said this were not volunteering to be the first to go away. They behave as if they are superior to others. This kind of ‘pride’ and ‘conceit’ is the worst of the Cardinal Sins.”

According to Moore, left-wing climate hysteria is just a modern doomsday theory designed to gain “political power and control.”

“The Aztecs threw virgins into volcanos [sic], and the Europeans and Americans burned women as witches for 200 years claiming this would ‘save the world’ from evil people. This has been [referred to as] ‘herd mentality,’ ‘groupthink,’ and ‘cult behavior.’ Humans are social animals with a hierarchy, and it is easiest to gain a high position by using fear and control,” he said.

Moore took apart several planks of leftist environmental policy, arguing that vilifying CO2 is “completely ridiculous” and that wind and solar power, upon which leftist states like California increasingly rely, are “very expensive and very unreliable” and serve as “parasites on the larger economy.”

“It is almost like a mental illness that so many people have been brainwashed to think entire countries can be supported with these technologies,” he said.

“Today, in the richest countries, our descendants are making decisions that our grandchildren will have to pay for,” Moore continued. “Predictions that the world is coming to an end have been made for thousands of years. Not once has this come true. Why should we believe it now?”