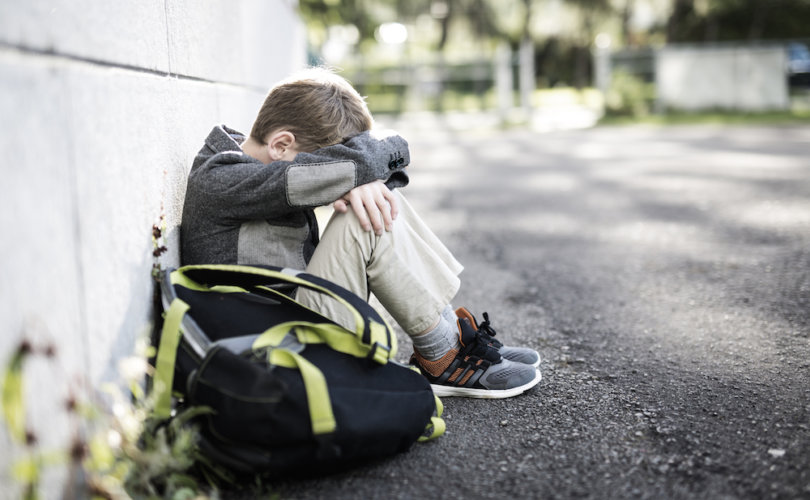 As debates continue over Florida’s anti-grooming law, and other states consider or pass similar legislation to crack down on sexualized, LGBT-related classroom discussions, Rufo has drawn attention to a paper from last year by Professor Charol Shakeshaft and others that explains common practices of predators. They examined “222 cases of school employee sexual misconduct toward a student where a school employee was convicted of student sexual abuse” and identified common patterns and practices.

“Stopping sexual misconduct directed toward students means understanding the process that adults use to prepare students to be abused so that they do not tell, do not fight, and acquiesce,” Professor Shakeshaft and her fellow researchers wrote in a paper published at the beginning of this school year. “This process, called grooming, has the purpose of gaining student trust, as well as the trust of parents and colleagues.”

According to the nation’s leading expert on school sexual abuse, “red flag grooming behaviors” include “personal disclosure of adult sexual activity and preferences, and questions to students about their sexual lives.”

According to the nation's leading expert on school sexual abuse, "red flag grooming behaviors" include "personal disclosure of adult sexual activity and preferences, and questions to students about their sexual lives."

Rufo pointed to one passage that states “personal disclosure of adult sexual activity and preferences, and questions to students about their sexual lives” are considered “red flag grooming behaviors.”

The paper states that most grooming does not appear threatening and is intentionally portrayed as kind and caring.

“Grooming is rarely perceived as a violent act. Instead, it consists of actions that bond the target to the offender such as time spent together, secrets, gifts, special attention,” the paper states. “The process presents the offender to the child as kind, gentle, under-standing, caring, generous, charming, and accessible. A goal of the offender is to be desirable, needed, and wanted by the child.”

Teachers will often abuse the child on school grounds, the researchers wrote.

“Most grooming and sexual misconduct toward students by adults occurs right in the school: in empty classrooms, in hallways, in offices,” the research team wrote. “Sometimes the abuse is played out in front of other students.”

Teachers will also use private social media and text messages to connect to students.

“Use of personal – not school sanctioned and monitored – social media is a common vehicle for bonding grooming,” the paper stated. “Using a private platform is much like being alone with a student behind a closed locked door. There is no way to monitor and the interactions are hidden and private.”

“When grooming through social media, direct or private messages can escalate quickly due to the relative ease of access predators have to students who may view it as normal behavior because that is how they communicate with their peers,” the analysis of abuse cases found.

“Back and forth texts escalate into more intimate and private conversations and often include exchanges of photos of body parts or other sexual displays,” the researchers warned. “It is not uncommon for hundreds of text messages to be exchanged in a school day, with intimate, connecting, and escalating messages.”

“While understanding what grooming looks like will not stop all sexual exploitation of students, knowing the warning signs and red flags and reporting them immediately will go a long way in preventing sexual misconduct,” the paper concluded.