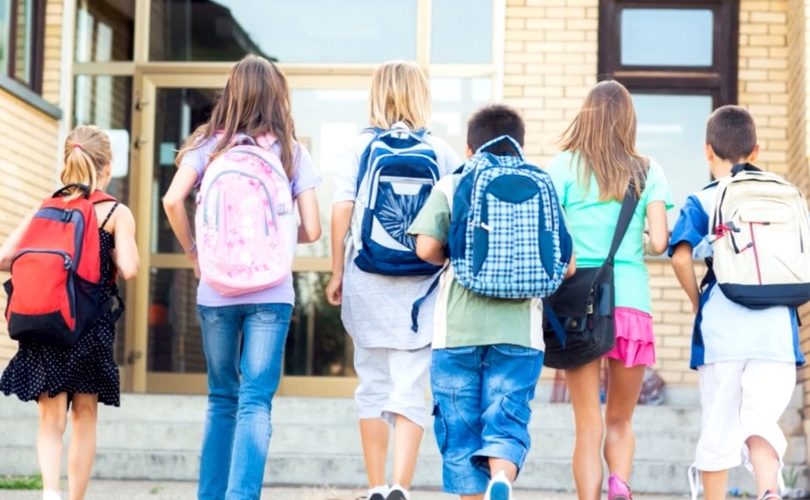 Editor's note: You can watch the documentary at the bottom of this article.

GILBERT, Arizona, March 23, 2016 (LifeSiteNews) — If you’re a parent who’s been told that your child’s sex-ed program at school is comprehensive, evidenced-based, age-appropriate, and that it promotes healthy relationships, then you, and every other parent who’s been sold the same message, have essentially been lied to. That is, according to a powerful new documentary that’s exposing what producers say is a “deceptive agenda” behind sex-ed programs being pushed not only in schools across the globe, but also by multiple United Nations entities and government bodies.

“Those who promote CSE claim it will delay sexual debut, prevent teen pregnancy, prevent HIV, lift people out of poverty, promote gender equality and much more. Yet it does the opposite. CSE encourages children to engage in sexual experimentation and high-risk sexual behaviors, often instructing children without the knowledge or consent of their parents,” she said, adding “it’s the biggest lie.”

The documentary titled The War on Children: The Comprehensive Sexuality Education Agenda was released yesterday. A website titled StopCSE.org, which contains scads of supporting documentation, was also launched along with the film.

The 35 minute documentary, with a shorter 10-minute version available, takes a detailed look at the overall approach of sex-ed programs from around the world while interviewing experts in the fields of child psychology, health, and wellness. Among the experts consulted are: Dr. Michelle Cretella, president of the American College of Pediatricians; Dr. Judith Reisman, director of Liberty Child Protection Center; and doctor, psychiatrist, and sex-ed expert Miriam Grossman.

The overall conclusion is that CSE, with its graphic content and sexual-rights-based approach is assaulting the health and innocence of children by sexualizing and radicalizing them from the earliest of ages.

Slater said that parents only need to take a look at the programs for themselves to see how harmful they can be for their children.

“Parents need to know that many schools are no longer providing traditional sex education. Instead, their children are being targeted with graphic sexuality education programs intended to sexualize and radicalize them from an early age,” she said.

“Parents also need to know that organizations such as Planned Parenthood are making millions of dollars off of sexualizing children. Once indoctrinated in this way, children will need sexual counseling, pregnancy and STD testing and treatment, abortions, condoms, contraceptives, and more, and Planned Parenthood provides all of this. This is a multibillion-dollar industry,” she added.

Slater said the moral and psychological damage inflicted on children by such programs would be “hard to even quantify.”

“Since CSE encourages children to experiment sexually, this can set them up for early pregnancy and for contracting STDs, including HIV, as studies show children are not likely to use condoms consistently or correctly. Studies also show that children who engage in early sex with multiple sexual partners experience more depression and find it more difficult to form stable marriages and families as adults.”

“In addition, it only takes a fraction of a second for a pornographic image to be imprinted on the brain permanently; and, since many CSE programs use materials that are so graphic as to be considered pornographic, CSE can prime kids for pornography addiction. In addition, most CSE programs encourage children to question their own gender or encourage children in their gender confusion, which can set children up for a lifetime of confusion,” she said.

Evidence based – “Bogus studies conducted by organizations such as the Guttmacher Institute — and other sexual rights advocacy organizations masquerading as research organizations — are used to claim CSE programs do the opposite of what they really do. It's an ingenious marketing plan.”

Healthy relationships – “To CSE proponents and providers, the term ‘healthy relationships’ means learning how to negotiate pleasurable sexual relationships and to make sure they get consent from the other sexual partner (but not from their parents) before having sex. CSE programs teach your children that anything goes as long as you wear a condom and get consent from your sexual partner. Some CSE programs even suggest that condoms are optional if young people decide together not to use them.”

Slater said that parents need to be aware that such sex-ed programs are sold to parents under various names and masks.

“It is important to understand that CSE comes hidden under many names, such as anti-bullying programs, sexual abuse or rape prevention, family life education, sexual and reproductive health education, healthy relationship education and more.”

“Parents also need to be wary of ‘safe schools’ programs, as this is typically a euphemism for programs that indoctrinate children in radical sexual and gender ideologies. In fact, parents and policymakers need to be aware that in many cases CSE is nothing more than cleverly disguised LGBT and abortion rights education,” she said.

“Mounting evidence clearly shows that CSE is one of the most insidious attacks on the health and innocence of our children imaginable,” the petition states.

“With the current all-out push at the UN and in legislatures around the world to mandate CSE for children (and even now in my own state of Arizona), we all have a part to play in exposing this dangerous trend,” Slater said.

“I can't sleep at night knowing the harm these programs do to children and the devious methods that are being used to promote CSE,” she added.

Watch the 10-minute version of “The War on Children: The Comprehensive Sexuality Education Agenda”: