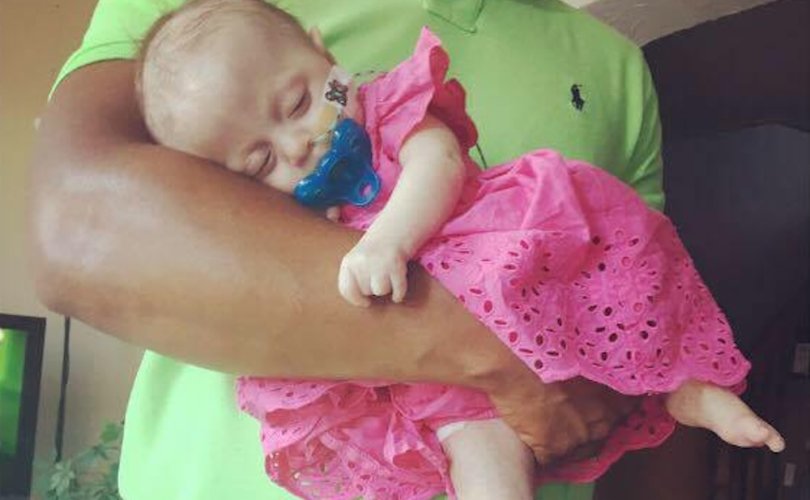 Tanya Coonan of Every Life Counts said that parents were very pleased that the UN Committee had also rejected the “incompatible with life” label that she said was used to dehumanise and discriminate against babies with a severe disability.

“We went to the UN in Geneva in 2015 and we asked that this label be recognised as a form of discrimination which was undermining the humanity of our babies and misleading parents, so we are especially delighted that the Committee on the Rights of Persons with Disabilities has rejected the 'incompatible with life' label,” she said.

In their response to draft General Comment No36 of the Human Rights Committee, the UN Disability Rights body wrote specifically that “Laws which explicitly allow for abortion on grounds of impairment violate the Convention on the Rights of Persons with Disabilities (Art,. 4,5,8).”

The move by the CRPD comes as part of the comment process on the International Covenant on Civil and Political Rights. This process aims to make clear what is meant in the convention.

“By citing the already existing and widely ratified Convention on the Rights of Persons with Disabilities the CRPD makes a powerful case that abortion on disability grounds are a grave breach of human rights,” Coonan said.

Ireland has not yet ratified the Convention on the Rights of Persons with Disabilities and despite lobbying by disability care and advocacy groups. Politicians have pointed to limited Dáil time as an excuse.

Coonan said the Committee had explicitly rejected abortion on disability grounds and that they had requested that the line “rape or incest or when the fetus suffers from fatal abnormalities” be removed from the draft General Comment.

“The CRPD also pointed out that “often it cannot be said if an impairment is fatal” on the grounds that “experience shows that assessments on impairment conditions are often false.” They added that, even if the diagnosis of a life-limiting condition is correct, the label “perpetuates notions of stereotyping disability as incompatible with a good life.”

In 2015, Every Life Counts told a conference of medical experts and policymakers at the UN that it was time to call an end to the discrimination caused by the “incompatible with life” label attached to unborn children diagnosed with a severe disability.

At the conference, the Geneva Declaration on Perinatal Care was formally launched. It states that: As medical practitioners and researchers, we declare that the term “incompatible with life” is not a medical diagnosis and should not be used when describing unborn children who may have a life-limiting condition'. The Declaration also calls for better perinatal care for families in this situation.

Coonan said it was heartening to see a UN Committee upholding human rights and bringing clarity to the issue. She warned that the UN Human Rights Committee had previously supported abortion on disability grounds, and said disability rights advocates must be listened to, and the human rights of people with a disability upheld.