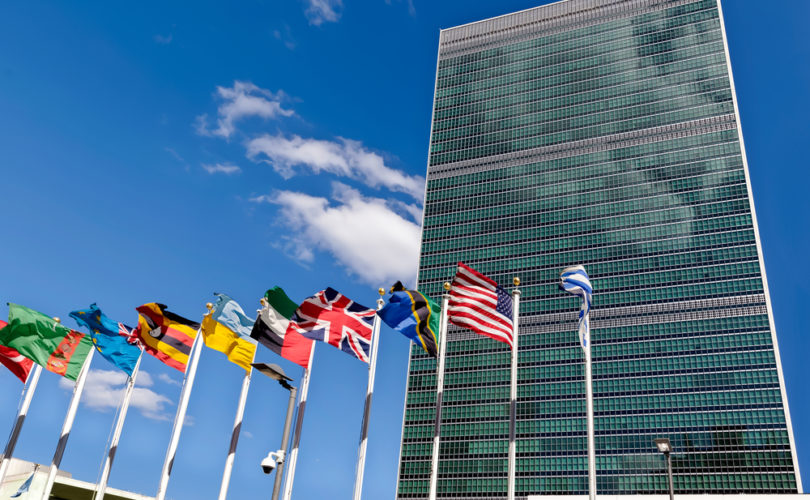 NEW YORK, July 30, 2015 (C-Fam) – As countries negotiate the overhaul of the UN development system, they are also re-negotiating the place of family in UN policy.

Over 70 organizations from around the world petitioned the UN to keep the long revered language of the Universal Declaration of Human Rights about the family as the “natural and fundamental group unit of society” in an influential new UN agreement.

Leftist governments, including the United States, are trying to convince the General Assembly to discard family language from the Universal Declaration and instead use phrases that critics consider to be ideologically freighted, specifically “all families” and “various forms of the family.” These types of phrases have been rejected in recent years but the Obama administration has made it a priority to have them used in this important development document.

“70 years after the founding of the United Nations, this language continues to be the mainstay of virtually every UN resolution and conference that has mentioned the family,” the groups state in joint statement on the agreement that is currently being negotiated and will be adopted in September as the UN celebrates the 70th anniversary of its founding.

It adds that it would be “tragic” to see the insertion of ambiguous family language in the agreement instead.

The statement urges UN member states to include the language of the declaration in order “to ensure the post-2015 summit outcome reflects the majority view that the family is the natural and fundamental unit of society, where children are the natural fruit of the love between men and women.”

Article 16 of the Universal Declaration of Human Rights has accompanied virtually every reference to the family in UN agreements since the declaration was first adopted in 1948. This may not be the case for much longer.

The paragraph that mentions the family in the draft agreement that is currently being negotiated leaves out the language of the Universal Declaration of Human Rights.

The African group, consisting of 57 African nations, and the largest regional negotiating bloc at the UN, is the only group of nations to express their desire for the language from the Universal Declaration of Human Rights to be included in the new development agreement so far this week. They said they would prefer to have no reference to the family in the final outcome than not include the language of the declaration.

Other negotiating blocs that would normally side with the Africans, such as the Arab group and the Caribbean nations have dithered under pressure from the United States and European countries. While they will not commit to recognizing same-sex relations, they have accepted to leave out the language of the declaration.

During negotiations countries from Europe and America have said the family is irrelevant to social and economic development, and have asked for deletion of the paragraph or recognition of “various forms of family”—a phrase by which they also mean same-sex relations. None have supported inclusion of the language from the declaration.

Insiders know this is a negotiating tactic.

By leaving out the language of the declaration these countries will feel they have the necessary wiggle room to promote same-sex relations as families through the UN system.