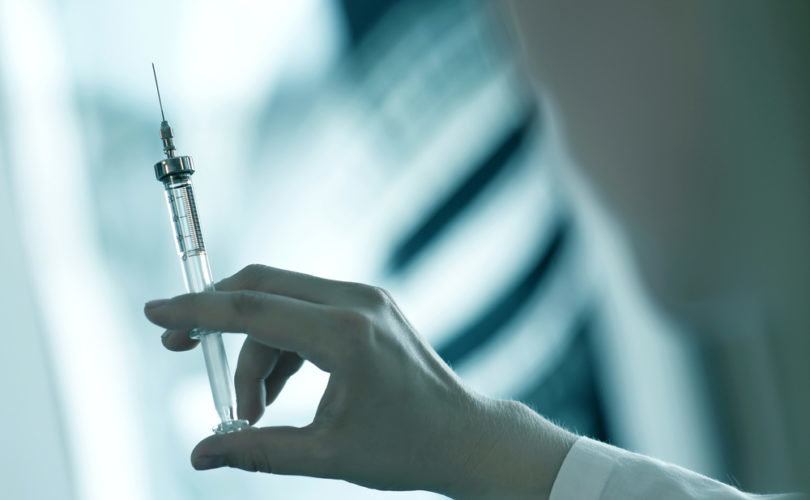 Aug. 7, 2015 (LifeSiteNews) – A growing number of Dutch patients whom their family doctor is not willing to euthanize, including many who are mentally ill but otherwise healthy, are obtaining “help” at the End-of-Life Clinic that opened its doors in 2012, according to half-year statistics just released by the private organization based in The Hague, Netherlands.

Compared with national euthanasia statistics – about 5,000 a year in the Netherlands – these numbers may seem insignificant. But they underscore growing pressure on the part of euthanasia activists to make access to “chosen death” more easy to obtain, especially for those patients whose suffering is not associated with intolerable pain or a terminal illness.

The End-of-Life Clinic was created three years ago by the Dutch Association for a Chosen End of Life (Nederlandse Vereniging voor een Vrijwillig Levenseinde, NVVE), with a view to catering for patients who fall within the recognized categories for legal euthanasia, but whose doctor is either unable or unwilling to honor their request.

The clinic’s offices are in The Hague but euthanasia is provided by 40 mobile teams who are expected to work within the limits of the law, mostly for patients who are in a hopeless situation but not terminally ill, dementia patients, people with psychiatric disorders and elderly people suffering from multiple but non-fatal complaints. They kill patients in the “comfort” of their own homes.

The fact that the End-of-Life Clinic can exist in the Netherlands was certainly helped by an ever-widening interpretation of the legal criteria for “careful” euthanasia – inversely, its existence is attracting more and more people to take avail of its services and in turn is causing the legal criteria to widen even more.

A statement from the End-of-Life Clinic stresses that the growing number of cancer patients who are turning to its services is “remarkable”: “Cancer patients, of all people who demand euthanasia, are those who have the best chance of obtaining it from their family doctor.” This is an indication that euthanasia requests are being rejected more often than before, according to the Clinic, which says it only “helps” those who have been refused euthanasia through the ordinary channels.

This interpretation would suggest that doctors in the Netherlands are less eager to kill their patients than in the past: a fact, however, that recent polls do not corroborate. Many more physicians are prepared to euthanize a patient suffering from cancer than one who has dementia or a psychiatric disorder, and even these numbers are growing: in April this year, 52% of doctors said they would consider euthanizing a demented person.

On the other hand, other explanations are possible, such as a lowering of the threshold at which a cancer patient asks for death. Either way, the statistics show that patients are prepared to go to greater lengths in order to obtain what they want.

The End-of-Life Clinic stresses that many cancer patients knock at its door when death is already near. “The amount of emergency requests is largest in vacation time. This puts great pressure on the organization: we have to take the decision to organize an emergency euthanasia and this puts all our workers to the test, as they must do their utmost to satisfy the criteria.”

The End-of-Life Clinic is calling on all doctors and patients to make their request known as soon as possible in order to put less pressure on their teams.

Since it was founded, the regional euthanasia commissions have blamed the End-of-Life Clinic for not fully respecting the legal criteria a few times.

Euthanasia at the hands of the End-of-Life Clinic is free of charge for the patient: voluntary funding covers part of the costs, while several health insurers have already decided to refund euthanasia by the clinic’s teams.