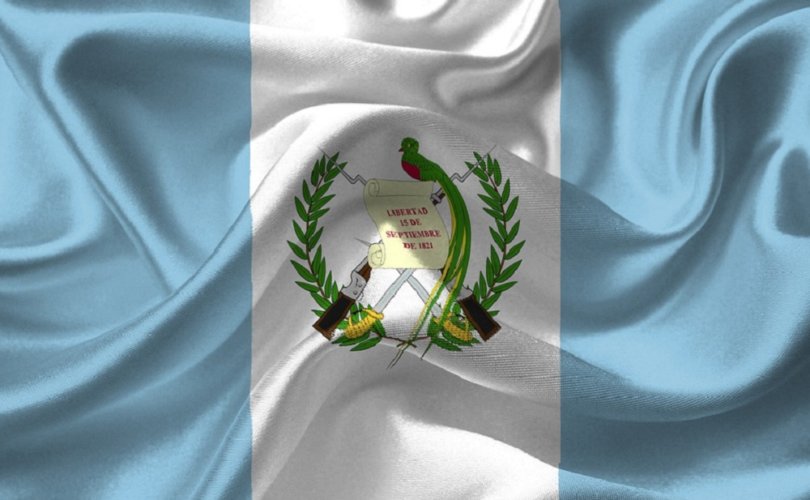 September 6, 2018 (Society for the Protection of Unborn Children) – Last month, pro-lifers celebrated as a bill to legalise abortion was rejected by the senate of Argentina. However, in Guatemala, it didn't even come to a vote, as pressure from the pro-life majority forced women's groups to drop a clause that would legalise abortion in some circumstances.

A bill sponsored by the leftist Convergencia opposition party had included a clause that would  allow underage girls that have been the victims of sexual abuse to abort in the first 12 weeks.

Guatemala only allows abortion when the mother's life is at risk, and has strongly opposed any moves to impose widespread abortion. Last year, the military blocked a Dutch ship distributing illegal abortion pills, saying it would defend “human life and the laws of our country”.

On Sunday 20,000 people, backed by the Catholic and Evangelical churches, took to the streets in protest of the bill and in support of life and family.  This fierce opposition forced activists into a hasty retreat, leading to them deciding to remove the clause yesterday.

Paula Barrios from Women Transforming the World (a project of the UN Population Fund, which has been known to support coercive abortion and involuntary sterilisation), told AFP “we're not ready to talk about” abortion in Guatemala.”

Without the abortion clause, the bill, which aims to provide social and educational support for girls who become pregnant, is likely to be adopted by Parliament. Also due to be debated is a bill which as well as toughening abortion laws, prohibits same-sex marriage and defines family as being limited to a father, mother and children.

The fight around the right to life for the unborn is continuing across Latin America, with ongoing proposals for liberalising abortion in Chile and Brazil, but the victory in Guatemala and the recent victory in Argentina shows that a united pro-life effort can be enough to uphold the rights of the unborn.