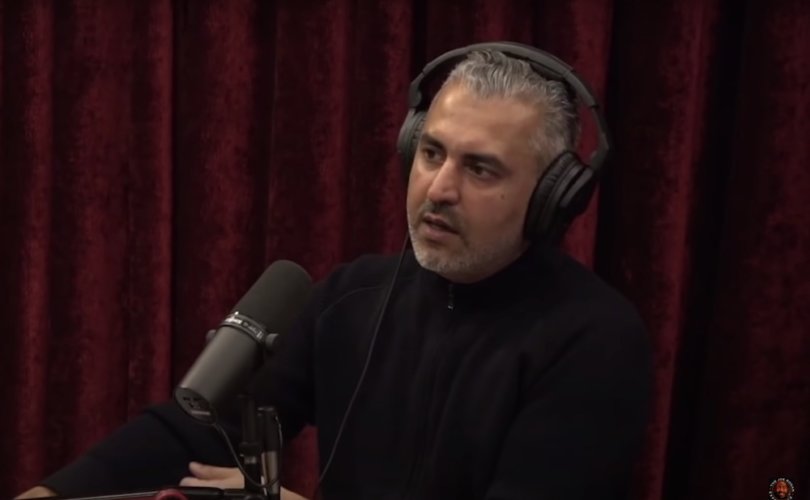 🚨MUST WATCH: Maajid Nawaz leaves Joe Rogan speechless by explaining how the World Economic Forum (WEF) is infiltrating governments around the world. pic.twitter.com/qSHFQV75Up

In a three-hour interview released Saturday, Nawaz, the founding chairman of Quilliam, a think tank designed to confront Islamist extremism, told Rogan that the WEF has installed its members in national leadership roles around the world to further the organization’s sprawling authoritarian agenda.

Explaining that government leaders worldwide have begun lifting COVID-19 mandates and restrictions while leaving in place an apparatus of digital tracking and identification that forms the embryonic stages of a digital social credit score, Nawaz said the WEF under Schwab has worked on “embedding people in government who are subscribed to” the Great Reset agenda.

“That’s what they say themselves,” Nawaz said, pointing out that the so-called Great Reset, whose advocates have famously asserted that by 2030 people will “own nothing and be happy,” is explained in detail on the WEF’s website.

In a 2020 book entitled “Covid-19: The Great Reset,” Schwab openly argued that the COVID-19 response should be used to “revamp all aspects of our societies and economies, from education to social contracts and working conditions.”

Nawaz went on to point out that in 2017 Schwab said the WEF’s “young global leaders” would “penetrate” the cabinets of world leaders.

“So we penetrate the cabinets.”

Nawaz pointed out that Blair tried to implement an ID system during the Iraq war, and is now openly moving to implement digital IDs in the post-COVID era.

The WEF has clearly articulated its interest in pursuing a global digital ID system.

“So this is going to be this never-ending process to slowly move the goal posts,” Rogan surmised.

“Towards more and more authoritarianism,” Nawaz added. “Checkpoint society. It’s all there. They’ve told us this.”

“People have to realize this, right?” Rogan responded. “This is important.”