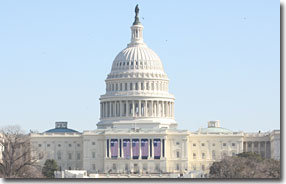 WASHINGTON, D.C. (LifeSiteNews) – A so-called gun control “compromise” recently signed into law by President Joe Biden will have the side effect of incentivizing people to abort or to pressure their girlfriends into abortion, according to an analysis by the Second Amendment lobbying group Gun Owners of America (GOA).

That last detail is where the new abortion implication arises, warns GOA. Under previous law, one loses the right to possess a firearm if convicted of misdemeanor domestic violence against a “spouse” or someone with whom he or she is “cohabitating,” or “shares a child in common,” with the relationship status determined upon conviction.

At GOA, we’re passionate about the restoration of people’s 2A rights. However, Senate's anti-gun bill is so poorly written that the “boyfriend loophole fix" encourages those with a domestic violence history to go to extreme measures or lose the ability to regain their 2A rights⤵️

This is just another byproduct of this rushed process to enact horrible and unconstitutional legislation. To quote @SenMikeLee: “The American people deserve better from the world’s ‘greatest deliberative body.’”

Under the BSCA, a domestic violence convict can regain his gun rights if he or she hasn’t been convicted of another event in five years, except for “a person with whom the victim shares a child in common.” Crucially, this is not determined by whether the two ever had a child together, but by whether they have a child at the time of the five-year restoration point.

“Therefore, if a boyfriend who was convicted of a misdemeanor crime of domestic violence makes up with his girlfriend and later impregnates her during the five-year period after conviction, Murphy-Cornyn [the BSCA] will incentivize him to terminate their child,” GOA says. “Otherwise, he will face a lifetime gun ban for allowing their child to be born.”

This revelation adds yet another reason for conservatives’ frustration with establishment GOP leaders Mitch McConnell and John Cornyn for pushing the bill, and for the 14 House Republicans and 15 Senate Republicans who joined Democrats in voting for the BSCA. The bill was rushed through Congress in the wake of recent mass shootings, most notably one at Robb Elementary School in Uvalde, Texas, in which 19 children and two teachers were killed.

The tragedies elicited emotionally-charged rhetoric from Democrats demanding new restrictions on Americans’ ability to own firearms, despite high levels of violence in Democrat-controlled cities indicating the ineffectiveness of such measures. Others suggest the solution is greater diligence in identifying and acting on warning signs displayed by potential shooters, or instituting full-time professional security at schools.