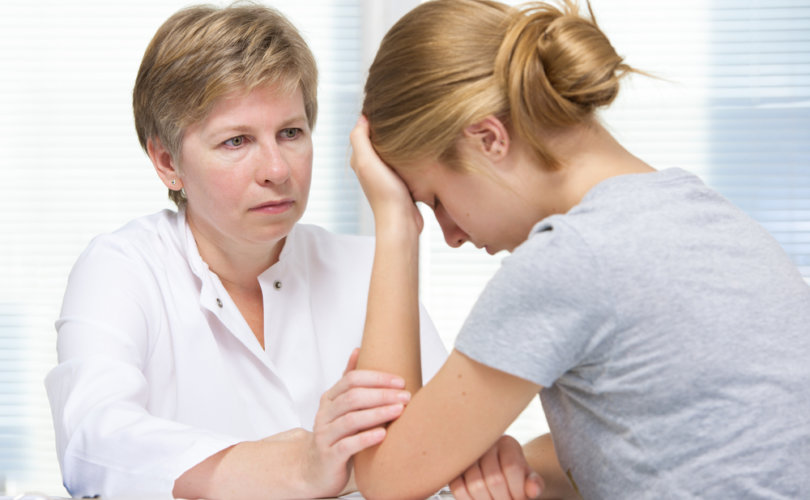 OMAHA, Nebraska, August 31, 2016 (LifeSiteNews) – The Archdiocese of Omaha has announced that its charitable branch will no longer provide behavioral health services in order to avoid relying on government funding.

Significant financial losses and increasing government encroachment on religious principles drove the decision for Catholic Charities of Omaha to transfer its residential substance abuse and mental health services to other providers after fulfilling current contracts.

“It no longer makes sense for us to partner with the government,” Deacon Rim McNeil, the archdiocese’s chancellor, told LifeSiteNews, citing decreasing reimbursements and such things as government hiring regulations. “It becomes to where you can’t authentically live the mission entrusted to you.”

The disparity between government payments and the organization’s expenses has continued to increase and become unsustainable, he said.

Catholic Charities of Omaha lost more than $400,000 out of its $14 million budget last year, Deacon McNeil told the Omaha World-Herald, with reimbursement rates not even close to meeting expenses. This year, losses have exceeded $650,000 and are projected to be nearly $1 million by year’s end.

Many of the programs “rely heavily” on government reimbursement, a statement from the archdiocese said, and in some cases donations have helped to close that increasing funding gap. “But with growing expenses, often fueled by increasing governmental and regulatory burdens, as well as compliance obligations, the reliance on government contracts is not sustainable over the long term.”

The change affects a charitable program in place since 1926 that then expanded extensively in the 1970s to broaden the range of its social services.

Along with reducing dependence on government funding, another chief objective of the change will include Catholic Charities collaborating closely with the archdiocese, the agency’s executive director, John Griffith, told The Catholic Voice.

Catholic Charities will continue to serve the poor and people of all faiths, Griffith said, but it looks to do so without reliance on government funding, and aligning its operations and services more closely to attend to needs in the archdiocese and its parishes.

“What is our mission?” Griffith asked. “It’s to bring Christ to those in need through the works of mercy.”

Federal non-discrimination laws mandate hiring and employment practices that recognize and function around a number of LGBT issues, including homosexual “marriages” and individuals afflicted with gender dysphoria who choose to live as the opposite gender.

The regulations mean the Catholic Church would have to function in violation of its principles.

The Catholic Church holds that marriage occurs between one man and one woman, and that sexual activity is reserved for marriage. The Church teaches as well that God created humans as “male and female” and that body and soul together form such a unity that a person’s sexual identity cannot be separated from their biological sex as male and female.

McNeil said the government regulations also prevent Catholic Charities representatives from talking about their faith while conducting their work.

Catholic Charities of Omaha is working to assist employees impacted by the decision.

A local publicly funded behavioral health system will accept bids on Thursday from other agencies interested in taking over the services, which have included two adult treatment facilities, one with 93 beds at the Omaha Campus of Hope north of downtown and another with 16 beds in Columbus, Nebraska, as well as Catholic Charities’ Journeys program, a 16-bed adolescent center in Omaha.

The decision by the Omaha archdiocese is the latest Catholic Church entity faced with upholding Catholic principles in a national climate in the United States that is increasingly hostile to religious freedom.

In 2006, Catholic Charities in the Archdiocese of Boston voted to end adoption services after more than 100 years because of state insistence that adoptive children be placed with homosexual couples.

The Archdiocese of Washington stopped adoption and foster care services in 2009 after the city informed Catholic Charities that the agency could no longer be a provider of foster care and public adoption services upon passage of a D.C. same-sex marriage law.

The Diocese of Rockford, Illinois, opted to end its adoption program in 2011 rather than participate in homosexual adoptions.

Four other Illinois dioceses, Joliet, Peoria, Belleville, and Springfield, found themselves in court with the state in 2011 over the issue of placing foster and adoptive children with homosexual couples. Catholic Charities ultimately ceased most of its adoption and foster care services in the state.