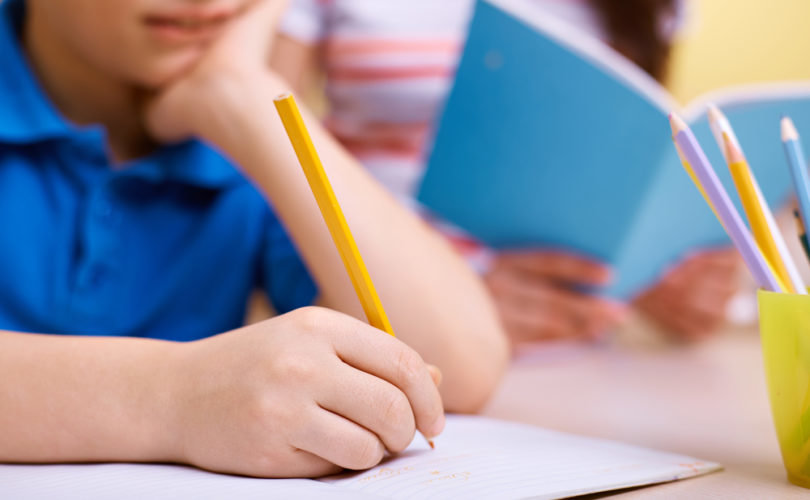 St. Joseph's Catholic Primary School in Epsom, England, was ordered to change its admissions policy after it was ruled discriminatory by the nation's Office of Schools Adjudicator, according to Your Local Guardian. St. Joseph's reportedly had been granting preferred acceptance to students whose families attended Mass at the affiliated church.

St. Joseph’s School is for students from age 4 to 11 and describes itself as “enjoy[ing] a high level of academic success.” The school furthermore places high priority on its Catholic identity, affirming on its homepage that “We place prayer and worship at the center of everything we do.”

The school states in its current admissions policy that it was “set up primarily to serve the Catholic community in St Joseph’s Parish” and that when the applicant pool exceeds 60 students, its criteria for prioritizing students includes “the strength of evidence of practice of the faith as demonstrated by the level of the family's Mass attendance on Sundays.”

Opponents of this policy reportedly argue that since donations are asked for at Mass, it could allow donation amounts to influence acceptance, and that forcing non-accepted local students to seek education elsewhere imposes a financial burden upon their families.

As Your Local Guardian reports, the adjudicators dismissed claims that donation amounts were affecting school acceptance, given that it is impossible to track donations. Nonetheless, the adjudicators maintained that “discrimination … potentially arises from requiring attendance at the church rather than residency in the parish.”

The Office of Schools Adjudicators, according to its website, is appointed by the United Kingdom’s Secretary of State of Education, to perform such functions as mediating disputes over school acceptances. The Office's ruling on St. Joseph's will require the school to release a revised admissions policy, which is expected in the next few days.

1
Catholic foundation attempts to save historic basilica up for sale due to clerical sex abuse
2
Popular outdoor-wear outfitter launches ‘Summer of Pride’ with outrageous drag queen video ad
3
The message of Our Lady of Akita looms large amid increased risk of nuclear annihilation
4
Moderna CEO: 30 million COVID jab doses will be tossed ‘because nobody wants them’
5
Forensic exam finds Hunter Biden’s laptop is 100% authentic
Subscribe to Daily Headlines »