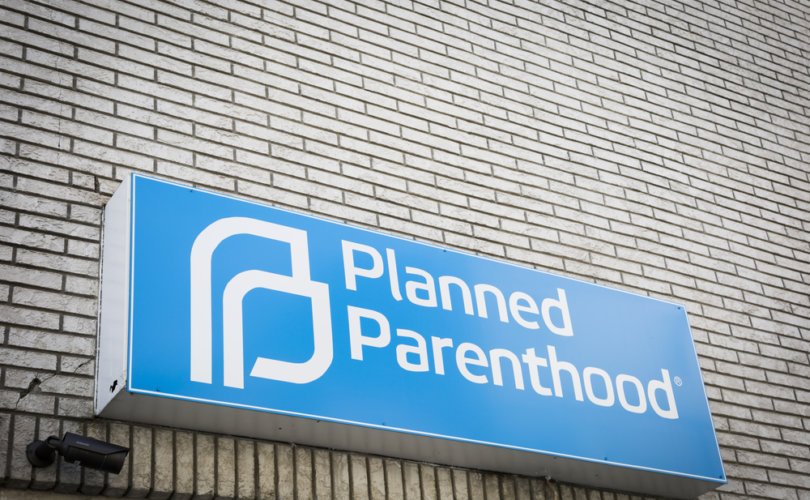 MADISON, August 26, 2016 (LifeSiteNews) – Up to two-thirds of all Medicaid payments to Planned Parenthood facilities in Wisconsin were fraudulent, according to an audit conducted by state inspectors.

About half of all the funds that went to eight family planning clinics resulted from fraud or inappropriate billing practices, according to a report released by the Office of the Inspector General’s office of the state Department of Health and Human Services on August 3.

Planned Parenthood was the worst of the offenders, the report noted.

“If these facilities can't properly handle their finances, how can they care for women?” she asked.

Planned Parenthood also had the highest percentage of overbilling, according to the report. Of the $17,647 OIG audited at the recently closed Planned Parenthood of Appleton, $11,528 – or 65 percent – resulted from inaccurate billing, the agency stated.

The audit found the eight facilities engaged in margin-padding practices and violations including, but not limited to:

“The results of the audit are troubling,” said Governor Scott Walker, a pro-life Republican. “These significant overpayments are not an acceptable use of taxpayer dollars.”

Diane Welsh, an attorney for Planned Parenthood of Wisconsin (PPWI), said the group refused to comment, because the state had “chosen to send out this release before issuing its determination on our rebuttal materials (which were submitted in June).” However, the detailed summary showed that the OIG accounted for the rebuttals, which reduced its estimate of fraud by less than $7,000.

“Pro-Life Wisconsin, working with Alliance Defending Freedom attorneys, recently conducted an open records request of Planned Parenthood of Wisconsin,” he said. “The findings revealed 26 Department of Health Services audits uncovering $43,000 in Medicaid overbilling by PPWI from 2006 to 2012. Now DHS audits have uncovered $50,000-plus in Medicaid overpayments by PPWI in 2014.”

Sande noted this is likely the tip of the iceberg, since “all of these audits were limited in scope in terms of location, time frame, and type of claims.”

The state considered broadening its investigation after a 2014 audit found that two family planning clinics had overcharged the state $3.5 million for distributing contraception.

At the time, PPWI public policy director Nicole Safar admitted that an OIG audit of its offices would trigger a round of “clinic closing” decisions.

In February, Gov. Walker signed a new law that allows Planned Parenthood to bill Medicaid only for the actual cost of the contraceptives it distributes, a move that will save taxpayers an estimated $4.5 million.

Limited state audits and lawsuits elsewhere have uncovered tens of millions of dollars in waste, abuse, and potential fraud in Planned Parenthood’s family planning programs, according to the most recent edition of the ADF’s report, “Profit. No Matter What.”

Some of these cases made national headlines, such as when Planned Parenthood Gulf Coast paid $4.3 million in reimbursements to Medicaid after Texas accused PPGC of defrauding state taxpayers. Shortly after the settlement, a whistleblower accused the same Planned Parenthood affiliate of bilking Medicaid by conducting unnecessary medical procedures on incarcerated teenagers for a decade.

However, most of these dry, internal accounting documents go unreported. And such limited reports cannot give a complete picture of the extent of Planned Parenthood’s overbilling the state’s family planning budget.

“It is bad enough that family planning funds fuel surgical and chemical abortions in our state,” he said. “It is intolerable that Wisconsin taxpayers are ripped off in the process.”

Abortionist tied to Eric Holder gets four years in prison for $386,000 Medicaid fraud

Planned Parenthood: We’ll have to close our clinics if Gov. Walker investigates us for Medicaid fraud