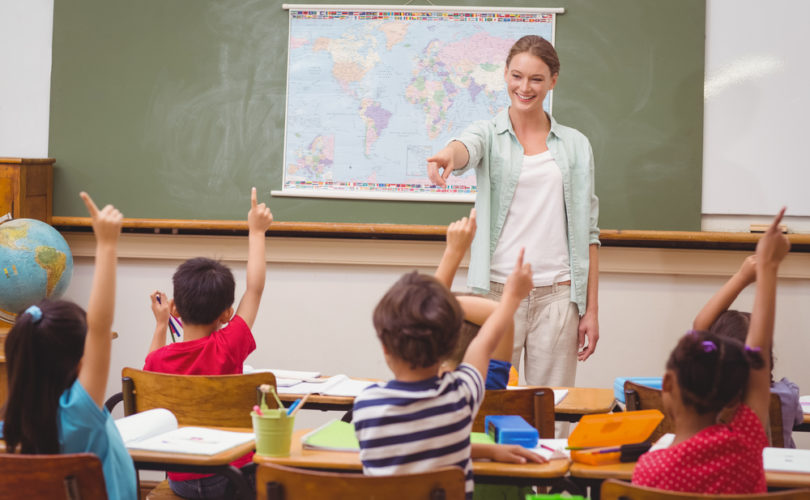 Danko’s May 19 motion says Catholic school trustees have an “exclusive constitutional mandate” to adapt ministry of education curricula so that “it does not contradict Catholic teaching.”

The year’s delay will allow parents, board officials, trustees and “all interested ratepayers” to read, discuss, and review the Liberals’ sex-ed curriculum, which more than 100,000 petitioners have rejected because of the “graphic content,” it states.

Halton’s nine-member board will debate and vote on the motion at the June 2 board meeting.

Mississauga lawyer Geoff Cauchi, who is in the process of completing a written legal opinion backing the Halton motion, says this is the first time he’s aware of that Catholic trustees are invoking their constitutional rights to delay a curriculum’s implementation.

According to Cauchi, the right to adapt a curriculum to Catholic teaching is the exclusive domain of the Catholic trustees. “The bishops have no civil authority in this,” Cauchi told LifeSiteNews. “The ministry of education, the bishops and ICE could all sit down and have an agreement but it’s unconstitutional. It’s meaningless. The right to adapt belongs to the trustees.”

The motion states that when the Catholic bishops asked the Institute of Catholic Education (ICE) to produce teaching resources to deal with the “inappropriate material” in the sex-ed curriculum, they made an “implicit concession” that the “curriculum contradicts Catholic teaching and is not appropriate for Catholic children.”

Oakville trustee-at-large Anthony Quinn, who supports the motion, says he’s “anxious to see how ICE is able to amend the Ministry of Education document so that it follows Catholic moral teaching on human sexuality.”

A father of four daughters who go to HCDSB elementary schools, Quinn told LifeSiteNews in an email that he requested an update on ICE’s progress.

Director of Education Paula Dawson told the board in a May 5 report on ICE that “a writing team, made up of Catholic teachers, consultants and school administrators from across Ontario, are working to develop resources that will support Catholic school districts as they undertake the mandatory implementation of the revised HPE curriculum in 2015-2016.”

“The resources will be vetted by a panel of theologians appointed by the bishops of Ontario” then will “undergo final review and approval by the Education Commission of the Bishops of Ontario” under chair Bishop Gerard Bergie of St. Catharines.

The first set of resources will be completed by the beginning of September 2015, and the remainder released “throughout the school year as they are completed.” ICE is also working on a parent information brochure it will provide to school boards by late August.

Quinn says it’s “logical to delay” the sex-ed curriculum, given that “the first of the ICE documents/resources will not be available until September 2015 (at the earliest) and their work will continue into the school year.”

“The one-year delay will further allow the Catholic community in Halton to provide feedback to our Board on the full and complete work of ICE and their revisions to the Ministry of Education’s controversial revised curriculum before they are introduced to children in the classroom,” Quinn noted.

Quinn observed that as a Halton Catholic trustee, he has a “fiduciary duty to the principals of the HCDSB, part of which is to ensure that the curriculum taught in the HCDSB does not contravene our denominational rights as laid out in the Constitution Act and Education Act.”

Lawyer Cauchi told LifeSiteNews that in his opinion, if the Catholic trustees do not pass the motion, they will be in breach of their obligation under the Education Act to exercise their denominational rights.

This is not the first time Catholics have referred to their constitutional right to denominational education, in relation to Premier Kathleen Wynne’s radical sex-ed agenda. A letter to Canada’s papal nuncio signed by 2,850-plus concerned Catholics pointed out that Ontario Catholic school boards have no legal obligation to implement the radical sex-ed curriculum because it contradicts Catholic moral teaching.

But as trustee Danko’s motion also noted, the sex-ed curriculum is not only a Catholic issue.

HCDSB “believes if the material is harmful to Catholic children, then it is harmful to all children… and the Halton Catholic School Board stands in solidarity with all people of goodwill, from any cultural or faith community.”

Delaying the sex-ed curriculum’s rollout until September 2016 will allow for “further consultation with parents, religious and cultural leaders … to resolve the reasonable and serious concerns tens of thousands of people in Halton and across Ontario have with this program.”

“We encourage all ratepayers in the Halton board, whether parents, grandparents or just concerned faithful, to contact their Catholic school trustee and urge them to support the motion,” says CLC project manager Jack Fonseca. “Not only that, but tell them you’ll remember how they voted during the next municipal election.”