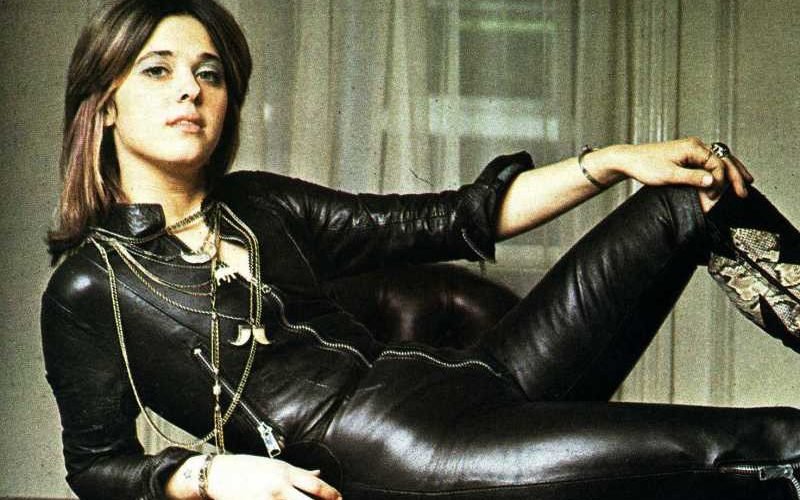 LONDON, July 17, 2013 (LifeSiteNews.com) – She became an international star who sold millions of records worldwide, a glamorous leather-clad poster girl, and a rock 'n' roll trendsetter with a recurring role on one of the top-rated series in television history, but throughout it all Suzi Quatro was hiding an unbearable secret: a teenage abortion that caused her so much pain that the 63-year-old still says, “I don’t think I will ever get over it.”

Born into a Catholic family in Detroit in 1950, Quatro left her Italian and Hungarian home at the age of 14 to tour with a rock group she had formed with her sisters, The Pleasure Seekers.

On her 18th birthday, she had an affair with a married man, an Artist & Repertoire representative at Mercury Records, that ended with her becoming pregnant. Desperate and “absolutely petrified,” she had an abortion.

“I would have loved to have had that baby,” she says now. “Not a year goes by when I don’t think about it: what that child would be like, how old they would be.”

The pain and guilt tug at her at a spiritual, as well as emotional, level.

‘When I get to those Pearly Gates, hopefully, this is the sin I will pay for. I am so sorry for it,” she said. “Years later, it still comes back to haunt me, and I don’t think I will ever get over it.”

Her mother also bore the regret of losing a grandchild. As she lay dying of stomach cancer in 1991, Quatro remembered, her mother told her that “she’d always secretly known about the abortion.”

Her mother said “her biggest regret was letting me leave home at such a young age.”

Although Suzi went on to have a successful career and two of her own children – one boy and one girl – the sting of her decision has never left her.

Quatro sold 50 million records worldwide, and landed a number four hit on the Top 40 charts in 1978 – “Stumblin' In,” a duet with Chris Norman, the lead singer of the British band Smokie. Her music found its most receptive audience in Europe.

After three years of regular cameos on Happy Days, series creator Garry Marshall offered Quatro her own spin-off in 1980, but she turned it down. “It was enough. Time to move on,” she said.

Over the years, she has excelled in other venues, including the London stage and the British sitcom Absolutely Fabulous. The American also hosted her own BBC radio program.

She had two children with her first husband, Len Tuckey, a guitarist in her band. Laura is now 30, and Richard is 28 years old.

She calls her divorce from their father the second greatest trauma of her life. “It was a horrible decision,” she said in a recent interview.

“I’ll never forget the day we told the children,” she said. “The memory of it still brings goose pimples to my arms.”

She is now grandmother to a 12-year-old girl and has been happily married for 20 years to Rainer Hass, a German concert promoter.

Her extended family has also experienced success in show business. Her niece, actress Sherilyn Fenn, has enjoyed a career in the movies and television for nearly 30 years.

The singer/songwriter, now based in London, shared her story with Shona Sibary of the Daily Mail, expressing what the reporter described as “almost unbearable sorrow.”

Her story echoes those of many other women who consent, or are pressured into, an abortion, regardless of their age or circumstances.

CNN asked for women to share stories of their abortions in February. The vast majority expressed sadness and a feeling of loss.

One woman who described herself as “fully and completely Pro-Choice” said she had an abortion three years before having the first of two children. “I think about what that child might have been, might have been like often, especially on the anniversary,” she wrote. “Then in 2001 our daughter was suddenly killed. I couldn't help but wonder if this was God's way of punishing me/us.”

Many post-abortive women have found acceptance, support, and emotional healing through ministries like Rachel's Vineyard, the Silent No More Awareness Campaign, Operation Outcry, and Project Rachel.