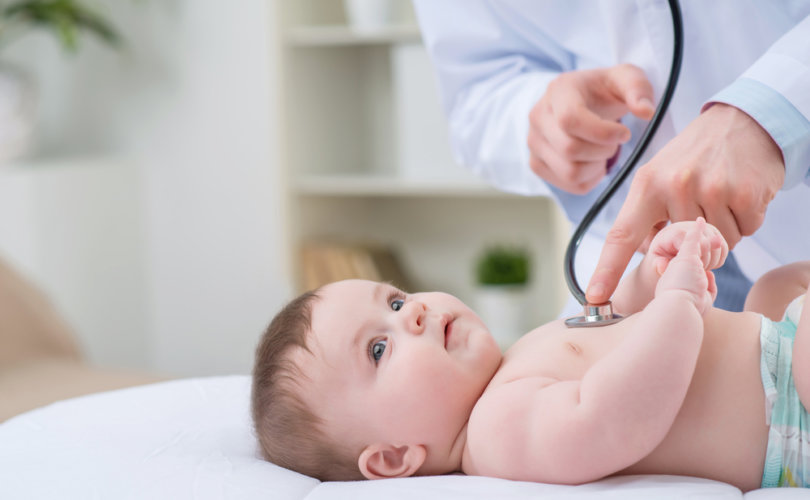 (LifeSiteNews) — One of the nation’s most prestigious medical institutions is trading sound medicine for the fringes of gender ideology by offering a new course that suggests infants can be gender “diverse.”

While the medical establishment conditioning students to embrace the full LGBT spectrum is nothing new, one line in the course description drew particular notice: “Clinical exposure and education will focus on serving gender and sexual minority people across the lifespan, from infants to older adults.”

The Fix notes that the course is being hosted at Massachusetts General Hospital, which offers “resources for transgender youth” and advises parents to support their children’s “transgender journey.” It observes also that one of the course’s directors, Alex Keuroghlian, is an outspoken LGBT activist and advocate of puberty blockers.

When asked for comment, Harvard Medical told the Daily Mail that in the context of the course, “care for infants refers specifically to physical variations in sex development that arise in utero and are present at birth. These include chromosomal, gonadal, and anatomical variations, all of which are relevant to medical care and treatment to ensure healthy development.”

However, the phenomenon described in the statement, hermaphroditism (in which people are born with ambiguous genitalia or their apparent sex does not match their chromosomes) is rare and not reflective of the vast majority of gender confusion cases.

Studies indicate that more than 80% of children experiencing gender dysphoria outgrow it on their own by late adolescence, and that even full “reassignment” surgery often fails to resolve gender-confused individuals’ heightened tendency to engage in self-harm and suicide, and may even exacerbate it by reinforcing their confusion and neglecting the actual root causes of their mental strife.

“Harvard medical students should be taught the basic scientific truth that a man cannot become a woman, or vice versa,” Nathanael Blake of the Ethics and Public Policy Center told the Fix. “Those experiencing psychological distress regarding their biological sex need to be treated with compassion, which does not mean subjecting them to dangerous chemical and surgical treatments to mold them into a facsimile of the opposite sex.”

“Medical school students should be taught that diagnoses of gender dysphoria in minors have been skyrocketing in recent years, and we do not know why,” added Colorado State University professor Moti Gorin. “This rapid increase in diagnoses, in which the large majority of patients are girls (natal females), combined with the lack of long-term data on treatment outcomes, requires more research, with respect to both underlying cause and evidence-based solutions.”