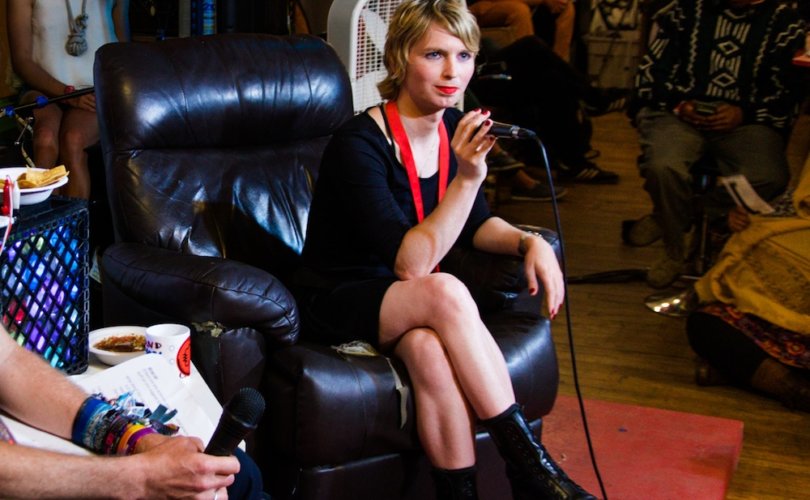 Most notably, current and former CIA directors pulled out of commitments to the Ivy League School, citing matters of conscience and allegiance to those they are proud to serve with.

CIA Director Mike Pompeo canceled an appearance Thursday evening at Harvard’s John F. Kennedy Forum. “[A]fter much deliberation in the wake of Harvard’s announcement of American traitor Chelsea Manning as a Visiting Fellow at the Institute of Politics, my conscience and duty to the men and women of the Central Intelligence Agency will not permit me to betray their trust by appearing to support Harvard’s decision with my appearance at tonight’s event.”

“Ms. Manning betrayed her country and was found guilty of 17 serious crimes for leaking classified information to WikiLeaks,” and “WikiLeaks is an enemy of the United States, akin to a hostile foreign intelligence service,” Pompeo said. “Leaders from both political parties denounced Ms. Manning’s action as traitorous and many intelligence and military officials believe those leaks put the lives of the patriotic men and women at the CIA in danger.”

He added, “Ms. Manning stands against everything the brave men and women I serve alongside stand for.”

Hours earlier, former CIA Deputy Director Michael Morell resigned his position as a senior fellow at the Ivy League school. “I cannot be part of an organization – The Kennedy School – that honors a convicted felon and leaker of classified information.”

Morell continued, “Upon her conviction, then Rep. Mike Rogers and Rep. Dutch Ruppersberger, the top Republican and Democrat on the House Intelligence Committee at the time, praised the verdict, saying ‘Justice has been served today.’”

The former CIA director concluded that it was his duty “to argue that the school’s decision is wholly inappropriate and to protest it by resigning from the Kennedy School – in order to make the fundamental point that leaking classified information is disgraceful and damaging to our nation.”

Wyoming Rep. Liz Cheney sent out a tweet demanding that funding the school receives from the U.S. government be cut off immediately.

In response to the stinging public denunciations, Harvard acted quickly to distance itself from both Manning and their previous decision-making process.

Harvard admits it made a mistake

In a statement released early this morning, Dean Douglas W. Elmendorf asserted that  Harvard “did not intend to honor [Manning] in any way or to endorse any of her words or deeds, as we do not honor or endorse any Fellow.”

Elmendorf went on to say, “I now think that designating Chelsea Manning as a Visiting Fellow was a mistake.”