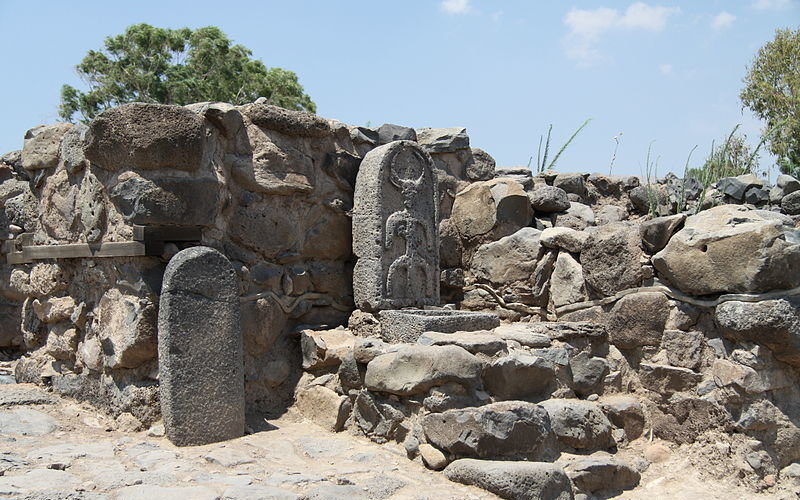 July 24, 2019 (LifeSiteNews) – A team of Israeli and American archaeologists claims to have found the Basilica built over the house where two apostles of our Lord, St. Peter, the first Pope, and his brother, St. Andrew, were born in the fishing village of Bethsaida on the bank of the Sea of Galilee.

Excavations at El-Araj, known as Beit Habeck in Hebrew, led them to the discovery of the vestiges of a large building whose decorative elements, structure and plan are consistent with a Byzantine church.

Bethsaida’s exact location has remained unknown for a long time: 19th century travelers to Palestine were unable to identify the village first mentioned in the New Testatment that grew to considerable fame after it was urbanized by the tetrarch Herod, Philip, and renamed Julias in AD 30. It would be mentioned by historians such as Pliny the Elder, Flavius Joseph and in rabbinic literature before declining in the third century for unknown reasons – possibly level changes of the sea of Galilee. It reappeared and then disappeared altogether in the eighth century at the time of the islamic expansion and conquests.

If archeologists Mordechai Aviam from the Kinneret Academic College of Israel and Pr. R. Steven Notley from Nyack College, a private Christian college in New York, are correct, newly rediscovered Bethsaida could attract many pilgrims eager to visit the birthplace of the first of the apostles.. It would be one of the most ancient shrines of the Christian world, steeped in New Testament history.

Bethsaida was a two-sided place. Three of its sons – Peter, Andrew and Philip – were born there and left their families and their livelihoods without hesitation to respond to Jesus’ call to become His disciples.

It is also there, or close by, according to the New Testament, that Jesus healed a blind man and fed a crowd of 5,000 people with a few loaves of bread. It is from its shores that He was seen walking on the Sea of Galilee.

But Jesus also cursed Bethsaida for its lack of faith and spiritual wisdom: “Then he began to reproach the towns in which most of his miracles had been worked, because they refused to repent. ‘Alas for you, Chorazin! Alas for you, Bethsaida! For if the miracles done in you had been done in Tyre and Sidon, they would have repented long ago in sackcloth and ashes. Still, I tell you that it will be more bearable for Tyre and Sidon on Judgment Day than for you.’” (Matthew 11:20-22)

To date, the existence of a church in ancient Bethsaida was known only by a centuries-old tradition. It was explicitly mentioned in the eighth-century memoirs of a Bavarian bishop named Willibald, who recounted his travels to the Holy Land in 725 AD when he later returned to his see of Eichstätt. His steps had taken him from Capernaum to Bethsaida, “from which came Peter and Andrew,” and “There is now a church, which was previously their house.””

“It’s the historical tradition we possess, and there is no good reason to question it,” Notley told Haaretz when describing the find.

Willibald went on to “Chorazin,” the bishop wrote in his traveler’s tale. This place he named in error, scholars agree. Most assume that the bishop confused Bethsaida with Capernaum, mixing up the order of his halts, which has led to identifying the basilica he spoke of with an octagonal building in that city.

But according to Aviam and Notley, the mistake was more likely the confusion between Chorazin and Chorsia, the Latin name of a town on the eastern shore of Lake Tiberias, which would justify searching for Bethsaida where they have claimed for several years to have found it. They also reject the claim that Bethsaida corresponds to the nearby archeological dig at Et-Tell made by other academics.

Aviam and Notley’s academic paper about their findings and suggestions can be found here.

While they have been working for some time in the area, where vestiges of a Roman bath were found two years ago, and since then Roman houses and other ruins clearly showing an important Roman settlement flourished in the first century AD, finding the church is, according to Aviam and Notley, a probable confirmation of their thesis.

Bethsaida is indeed the only place between Capernaum to Chorsia (now known as Kursi) where the existence of a church was mentioned by Willibald, and it is also the place where a church has been discovered.

“Now we have a church right where the pilgrims say was a church. The early testimonies about the church over Peter’s house described it as a basilica. Would a Byzantine describe an eight-sided structure as a basilica? This is a question that needs to be addressed more fully,” Notley told Haaretz.

He added that the identification of the church will remain theoretical until proof can be found, such as an inscription, Haaretz explained. “It would be normal to find an inscription in a church of the Byzantine period, describing in whose memory it was built, for instance,” Notley told the Israeli daily.

Whether it was or not a basilica built on the foundations of the house of the first of the apostles, it certainly was a church, according to the archeological team. To date, about a third of the building, dated to the fifth century AD, has been brought to light. But its orientation – on a west-east axis – and its division into a central nave and two aisles correspond to the classic plan of a Christian basilica. Marble fragments found at the site point to the ruins of an iconostasis, and even more characteristically, gilded glass tessera typical only of mural coverings in churches leave little doubt. The type of roof tiles found on the site indicate a large building; also, a fragment of a chalk carving featuring a cross pattée indicate that this was clearly a church.

Bethsaida’s history remains shrouded in mystery, however. Was it swallowed up by the Sea of Galilee in the third century, only to reappear in the fifth and see the revival of an ancient pilgrimage?

What is sure is that Bethsaida is part of Christian history, with a double symbolism linked to its glory as the birthplace of the first Pope instituted by Christ Himself and its refusal to acknowledge Him as the true Messiah and the Son of God despite its privilege in witnessing His miracles.

Perhaps there is even a third symbolism in the fact that the church was likely “abandoned with the rise of the Umayyad caliphate and Islamic presence in the land, from the late seventh or early eighth century,” as Haaretz suggests, with Islam as the scourge of a city that Jesus had cursed for its disbelief.

But then its finding would also be a call to believe in the historicity of Christ and to rediscover the life-giving truths that He made manifest on the shores of the Sea of Galilee.