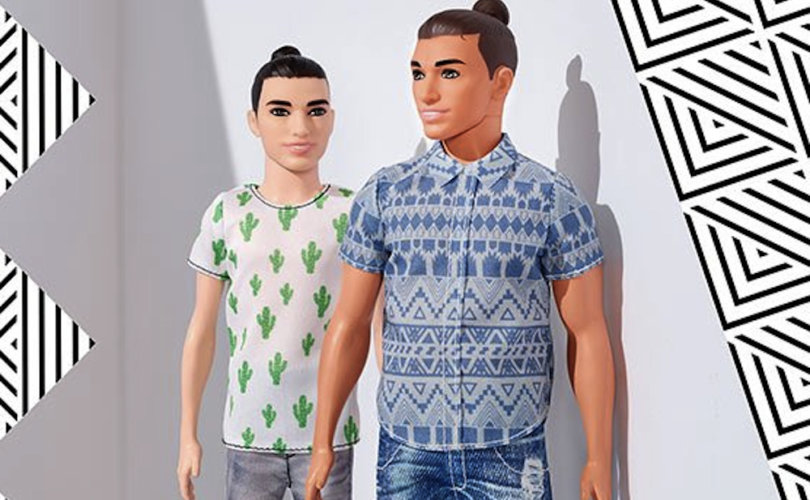 June 23, 2017 (LifeSiteNews) – Major toy and game companies are dropping all references to children’s genders in the promotion of their products.

Lego, Mattel and Hasbro have begun approaching the creation and marketing of their toys to appeal to both genders, according to Fortune. And likewise the companies have stopped dividing toy space into pink and blue aisles and ceased using boys or girls categories in reporting revenues.

The report said industry executives call it a sign of the times, with millennial parents in particular wanting to avoid having their children learn “stereotypical” gender behaviors.

“We look at our brands more inclusively than ever,” Hasbro CEO Brian Goldner told the Hollywood Reporter recently. “In fact, we eliminated the old delineation of gender.”

Retail giant Target announced last year that it would stop labeling toys for boys or girls, following similar decisions by Walmart and Toys R Us.

The current non-acknowledgment of gender in toy marketing also factors into the marriage between toys and movies, which has become big business.

For Hasbro, the third-largest toy company with $6 billion in revenue last year, its screen-to-toy business is an important component. Its brands include Star Wars, My Little Pony and G.I. Joe. Hasbro’s licensing agreement for the Star Wars and Marvel brands goes through 2020, and it has a licensing deal with Disney for its Princess and Frozen brands.

The company's first film produced and financed in-house, the animated My Little Pony, is set for release by Lionsgate in October.

The toy industry has begun to refocus on promoting products by brand rather than  gender, with the rationale that customers’ tastes are no longer bound by gender.

“And if you think about a brand,” said Goldner, “be it My Little Pony, where 30 percent of our global TV audience is boys, or Star Wars, where we are launching [all-female animated series] Forces of Destiny with Lucas and Disney, you're seeing people who want to be engaged in these stories.”

The goal is to sell merchandise regardless of who buys what toy.

“And we don't care who they are,” Goldner continued. “We just care that they love that brand.”

Male dolls are being added to brand lines, and packaging is becoming more gender neutral.

Goldner’s colleague, Hasbro President John Frascotti, agrees with the emphasis on products without regard to gender. He said each of the Star Wars, My Little Pony and Transformers brands now have fans who don't fall into the previously understood categories when the brands were launched.

“We want to be inclusive in our approach across gender and ethnicity,” Frascotti told Fortune. “Instead of thinking, that's a boy brand or a girl brand, we see them as dual-gender.”

In the case of My Little Pony, the colorful cartoon about magical ponies was initially marketed to little girls but in the last several years developed a following of “bronies.” The “brony” demographic typically refers to grown men who are fans of the My Little Pony Friendship Is Magic show.