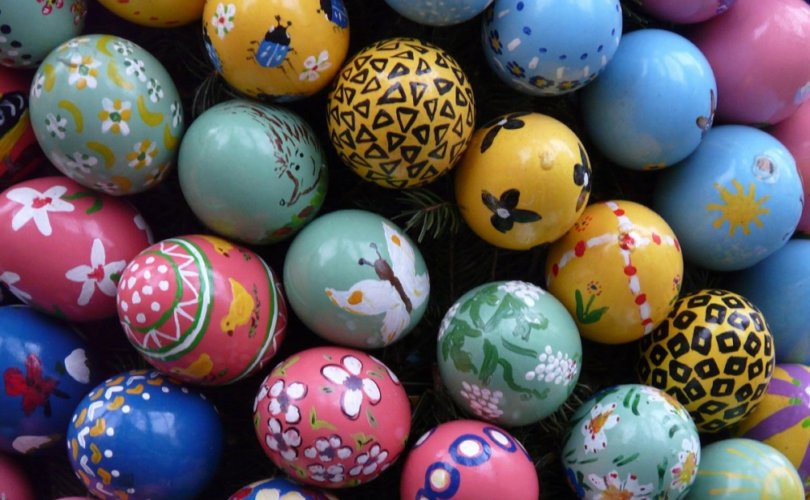 BUENOS AIRES, April 9, 2019 (LifeSiteNews) — A group of teachers in Argentina distributed to children sugar-coated treats resembling Easter eggs that bore the slogan “Aborta Ya,” which is Spanish for “Have an abortion already!”

Teachers belonging to a radical feminist group engaged in a pro-abortion campaign in advance of Easter and Holy Week when Argentines prepare to commemorate the Passion and Resurrection of Jesus Christ. In La Matanza, a jurisdiction on the outskirts of Buenos Aires, the national capital, teachers in the public schools distributed green sugar-coated eggs bearing the motto “Aborto Ya” as part of a wider effort they called “Abort the little surprise.”

On Twitter, one observer commented, “I support the legalization of abortion,” while asking who could possibly think that distributing the pro-abortion ‘Easter’ eggs to children was a good idea.” “This is not a game,” the commenter wrote. “Be smart.”

Outraged parents also went to social media to voice their indignation. One parent wrote on Facebook, “If they don’t want kids, why to they use them?” Another parent, who noted that many families do not want their children involved in adult issues, wrote, “Children are innocent and should not be enslaved to ideology.”

Another called for a law to prevent indoctrination of children by educators. “A law is needed right now that will impose serious penalties on groups of teachers who indoctrinate children in any ideology,” one wrote. The commenter added, “Since they have demanded laicism [secularism], then filling kids’ heads with any other ideology should also be banned. What happens is that the intelligence of the teachers in general is insufficient for them to distinguish between teaching critical thinking and transmitting ideology.”

Since December, after the Argentine Senate rejected a proposed law that would have decriminalized abortion, there have been contending marches and demonstrations by leftist feminists and pro-life advocates. Pro-abortion activists have worn green kerchiefs as an organizing symbol and also used green to color the sugary eggs distributed to schoolchildren. In contrast, pro-life activists wear sky blue bandannas, recalling the color of Argentina’s national flag. Pro-life activists rallied in Buenos Aires in March, using the motto “Let us save two lives” to counter the pro-abortion message.