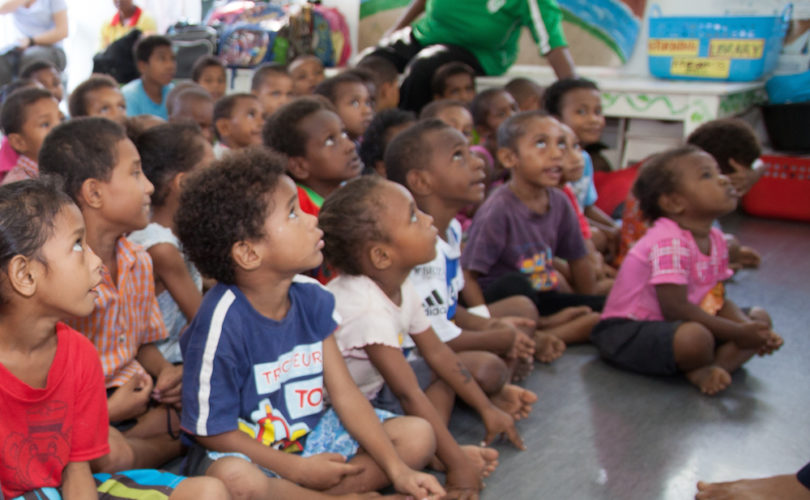 HONOLULU, HI, June 18, 2015 (LifeSiteNews) – A state education board ruling will force all public schools in Hawaii to teach “comprehensive sex education” – but one activist told LifeSiteNews that they haven't even figured out what they're going to teach yet.

“Hawaii's BOE voted to change the policy for sex ed without having any curricula to show parents,” said Susan Duffy of the Hawaii Parent Coalition. “Neither were they able to provide parents with some idea as to what the standards would be. A couple of parents asked but were told that they could only 'testify' and not ask questions of the board.”

Duffy says that the new standards, in addition to requiring Planned Parenthood-approved education on contraceptives and abortion, will have a section on sodomy.

A Planned Parenthood spokesperson said she was “elated” with the changes. “This ensures that every Hawaii public school student will receive accurate, complete and life-saving information,” said Sonia Blackiston, director of education and training for Planned Parenthood of Hawaii.

It is not just the change in education standards that is leading to parental criticism of the board; it's also the procedures surrounding the program's instructions. According to Civil Beat reporter Jessica Terrell, Hawaii had previously been “one of 10 states that did not mandate that students be offered sex education or taught about HIV and AIDS.”

Prior education standards had given the parents the option to “opt-in” to programs, while the new ones default to student involvement unless parents pull their children.

Terrell reports that a number of parents and board members differed on what the new sex education program will look like. Parents expressed concern that sexual ideologies were being promoted, and that students would be encouraged to engage in sexual activity. Board members pushed back against such concerns, but both Terrell and Duffy note that the curricula is not yet known – even by the board.

One of the options is the controversial Pono Choices curriculum, which had parents in an uproar earlier this year.

Teenage pregnancies have declined since the 1990s, and teens are less likely to engage in sexual relations in Hawaii compared to other states. However, the state also has the 10th-highest rate of teenage pregnancy in America, and the 12th-highest chlamydia infection rate.

Duffy noted that “Hawaii just made news for its low abortion rates” and “lower rates of teen pregnancy. And all this has occurred under the current abstinence based policy. Why would anyone fix a policy that seems to be working?”

In short, says Duffy, “There was no burning crisis here in our state with regard to sex education. There's been no clarion call by the community for a change to the policy. In fact, my guess is that most parents here have no idea what's just happened. They will today because it is on the front page of this morning's paper but they really won't understand the full impact.”

The state's Board of Education has been previously criticized for not disclosing details of its sex education program. In January 2014, American Life League's Rita Diller reported that two elected officials were denied access to information on the programs.

The full changes can be seen here.