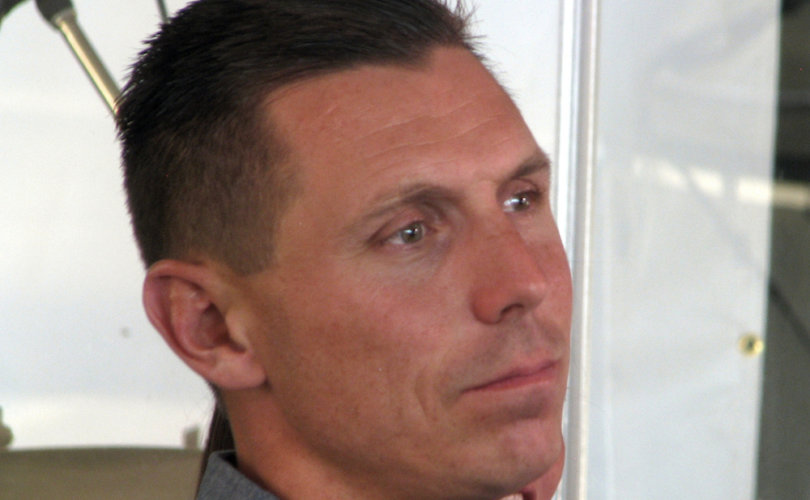 TORONTO, October 13, 2017 (LifeSiteNews) — Pro-life and pro-family groups are mobilizing against Ontario Progressive Conservative leader Patrick Brown after he nixed all social conservative policies put forward by members to be voted on before the party’s November convention.

Among the motions Brown scuttled was a policy to repeal the Liberal government’s controversial sex education, according to a statement released Thursday by Campaign Life Coalition, Canada’s national pro-life lobby group.

Campaign Life is now preparing to “implement specific strategies” to “wrest control” of the party from Brown’s hands, it said.

“Brown lied to party members, leading them to believe they would be able to vote on and ‘author’ the platform they want,” said Campaign Life’s national president Jim Hughes.

“He did exactly what he promised not to,” added Hughes.

Brown “wrote the policy platform in a backroom at Queen’s Park, and is now trying to fool members into thinking they will have a genuine vote when all he’s giving them is an illusion – to choose from amongst his own predetermined favourite policies.”

Indeed, Brown made his position clear in a widely publicized interview Wednesday with Canadian Press.

“Any policy that attempts to limit a woman's right to choose or the ability of same-sex couples to marry are off limits, period,” he said.

“I’m not going to say it’s even up for consideration when I personally could not defend that or support it.”

Brown’s words were confirmed in the list of 139 policies on the party website. Members will vote online on the policies between November 2 and November 6. The results announced at the November 23-25 convention.

Also scuttled was the resolution to remove sex-selection abortion from the province’s medical insurance plan.

A particular point of contention for pro-family critics is party members have been denied a vote on repealing the sex-ed curriculum Premier Kathleen Wynne’s Liberal government rolled out in September 2015.

Repealing sex-ed was a policy resolution “we know for a fact had been submitted by dozens, if not hundreds of card-carrying PC members, probably making it the most popular idea submitted,” says Mary Ellen Douglas, Ontario president of Campaign Life Coalition.

“Last month, I asked you to buy a membership in the Ontario PC Party to vote on these policies. Now that seems like a waste — but is it?” she wrote.

“(W)hy not put your PC Party membership to good use and get involved in the movement, Take Back Our PC Party? And it’s not too late to join if you didn’t take out a membership yet. You still have an opportunity to do so, and help in the taking back of the PC Party.”

Since elected leader in May 2015, Brown “has suffered humiliating media scrutiny over allegations of rigged PC nomination elections, including stuffing of ballot boxes,” Campaign Life stated in its press release.

Leadership has done other things to the 39-year-old Brown, who was raised Catholic and had a perfect pro-life voting record as a three-term Member of Parliament for Barrie in the Conservative government of Prime Minister Stephen Harper.

“I was a backbench member of a broader team,” Brown told Canadian Press of that time.

“Now that I’m the leader of the party I can much (more) clearly speak from my own heart … Rather than criticize the fact that opinions have evolved, we should celebrate it.”

Indeed, so evolved are Brown’s opinions that he is pro-abortion, and fully supports the Liberal government’s proposed bill outlawing pro-life activities around abortion centers.

Canadian Press reported the PC Party is up to 127,000 members from 10,000 in 2014, and that Brown believes these are generally social liberals.

“Frankly, I think I opened the party up to tens of thousands more who simply want a reasonable, thoughtful … modern, inclusive PC party,” he said. “So I’m not worried about a few leaving.”

But Brown underestimates the strength of social conservatives, who make up “at least 40 percent of the PC Party’s base,” says Campaign Life’s Fonseca.

Notably, policy resolutions opposing the carbon tax — a position Brown unilaterally adopted — have all been scuttled.

“Brown’s corrupt handling of the convention vote shouldn’t be a concern only for social and anti-carbon tax conservatives,” said Fonseca.

“How can economic conservatives, democratic conservatives, or any member of the voting public for that matter, trust a man so willing to cheat his own membership out of a fair vote?” he added.

“Just imagine how corrupt he could become with the power of the premiership.”