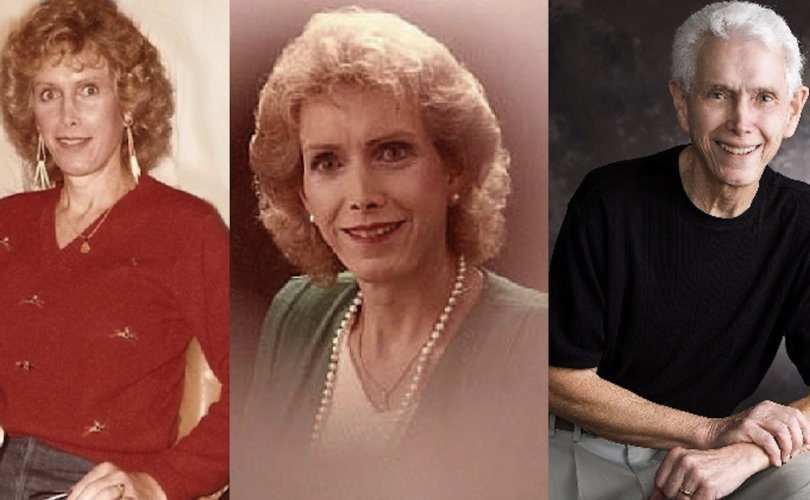 SACRAMENTO, California, June 19, 2017 (LifeSiteNews) —  After 28 years as a legally-recognized woman, Walt Heyer won his long battle to have his birth certificate restored to its original gender.

Heyer’s first attempt to restore his legal gender as a male on his birth certificate was in 1989, but California state authorities would not allow it. Years earlier, he had physically altered his body to look like a woman and was officially recognized as a female.

Finally, with the help of lawyers from Liberty Counsel, Heyer’s birth certificate was changed back this year to its original, God-given gender.

“The restoration of my original male gender many years later shows man’s unwillingness to consider carefully the long-term consequences,” he told LifeSiteNews.

Heyer was abused as a boy by his uncle. His grandmother also abused him by sewing dresses for him to wear. Hence, like so many others who are abused and mistreated, he began identifying with an opposite-sex alter ego.

Throughout adolescence, Heyer was obsessed with femininity, secretly donning women’s attire. Societal adoration for the created (women as sexual objects) over the Creator assisted in his gender dysphoria.

“Being a girl was where I got the adulation, all the things I desired,” Heyer explained. “I felt loved, cared for. People don’t realize how powerful that is, what an influence it has on young people.”

As an adult seeking to be normal, Heyer asked a woman to marry him, and she said yes.  One day, he presented himself before her wearing women’s clothing. His newly engaged fiancé responded, “We’ll work through it.”

Heyer married her in 1962, believing that normal marriage would “fix” his internal conflict. He and his wife had two children, but he still felt unresolved within himself. He began drinking and going to homosexual bars in women’s clothing.

“I was so selfish to my ex-wife and kids,” he now says. “I would give anything to change that.”

When he confessed to the mother of his children his secret attempt to have radical sex change surgery, his wife filed for divorce. Heyer reacted by delving deeper into his disorder, receiving hormone therapy and eventually having genital amputation surgery at age 42. He received breast implants and took estrogen hormones. He had his name legally changed to “Laura Jenson” and lived as a “woman” for eight years.

But it didn’t take that long for Heyer to realize that despite his radical physical mutilation nothing had really changed.

Decades later, Heyer told LifeSiteNews that his life-altering decision to undergo sex change surgery was made on the basis of confused passions and not reasoned logic.

“The alteration of my original birth record that changed my gender shows man lives in the moment,” he said.

“Walt was searching for identity in the wrong places until he found his identity in Jesus,” Liberty Counsel founder Mat Staver explained. “To suggest that people can change their sex like they change clothes or dye their hair is dangerous.Walt realized that neither hormones nor plastic surgery satisfied the void in his heart.”

During this time, Heyer hopelessly cried himself to sleep. Then Walt found a Christian.

It took many years of struggle and confusion, but Heyer eventually came to find peace with the gender God made him to be. He came to accept himself.

Eventually, he met a supportive woman. He asked her if she minded that he had a mutilated body. “Everybody’s broken,” she said. “You’re just broken on the outside, Walt.”

In the politically correct modern era, Heyer sees the world falling for the lies that ruined his life. Witnessing the media accolades praising Bruce Jenner for wearing women’s underwear on the cover of Vogue magazine and insisting everyone call him “Caitlyn” was too much harmful falsehood.

“The media is lying through their teeth, glorifying it, glamorizing it. Not one word of caution, not one word about the prevalence of suicide among transgenders!” Heyer cried.

Heyer began a ministry to gender-confused people to help them come to terms with their God-created identity.

Since going public, Heyer has received thousands of “heart-wrenching” communiqués from men who tragically regret having surgery. He now helps them through the difficult journey of self acceptance as God created them.

“I see the tragic consequences of policies to expand gender/sex beyond male and female in the desperate letters I receive from those who regret gender transitioning,” Heyer shared.  He also noted that he receives heartbreaking letters “from the families of those who are still caught in the transgender delusion.”

“Denial is the order of the day,” Heyer writes in his book, Paper Genders. “The transgenders themselves are encouraged to deny even the possibility that any secondary psychological disorders could co-exist with gender issues.”

Heyer urges those with ears to hear that gender confusion is a symptom of depression, often triggered by abuse. “Untreated, depression often results in alcoholism, drug addiction, anger and yes, even suicide,” he explained.

Heyer noted that scientific research has found “secondary issues do exist” and the now-popular idea of affirming transgenderism actually puts victims “at risk for regret and suicide.”

Heyer noted that “no objective tests can prove that the transgender condition exists. No physical examination, blood test, bone marrow test, chromosome test, or brain test will show that a person has gender dysphoria. It is a condition revealed solely by the patient’s feelings. Yet the recommended treatment is extreme — cross-gender hormones and sex-reassigning surgery.”

“Feelings can change,” Heyer pointed out. “My message attempts to help others avoid regret, yet the warning is not welcome.”

“Children should be affirmed in who they really are, not as the pro-LGBT activists push them to be,” Staver said.

Listen to an interview with Walt Heyer on The Van Maren Show, LifeSite's new weekly podcast. The Van Maren Show is hosted on numerous platforms, including Spotify, SoundCloud, YouTube, iTunes and Google Play. For a full listing of episodes, and to subscribe via various channels, visit our Pippa.io webpage here.