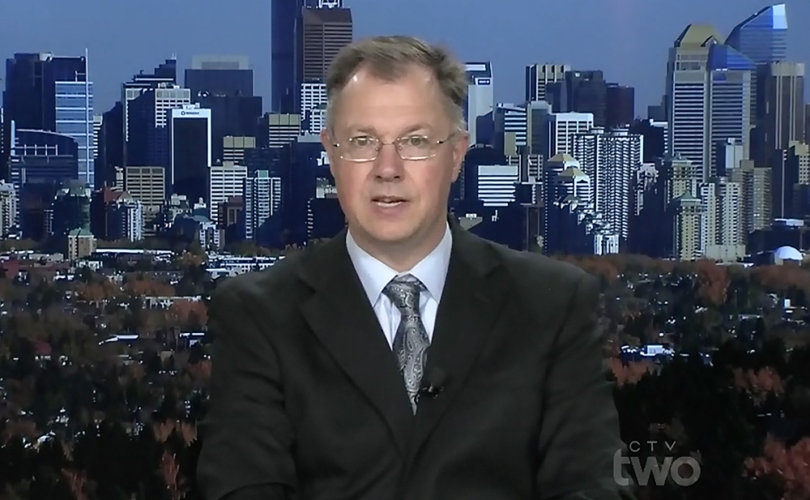 CALGARY, Alberta, July 16, 2021 (LifeSiteNews) – The head of the Justice Center for Constitutional Freedoms (JCCF) is taking an “indefinite” leave of absence after admitting he had a Canadian judge and other government officials followed by a private investigator to see if they were breaking local COVID rules.

“On Monday July 12, 2021, the members of the Board of Directors of the Justice Centre for Constitutional Freedoms (Justice Centre) were informed that a private investigator had been retained by Justice Centre President John Carpay to conduct surveillance on senior government officials, including Chief Justice Joyal of the Manitoba Court of Queen’s Bench, in regard to their compliance with Covid regulations,” reads a press release from the JCCF sent out Tuesday.

“For years, Mr. Carpay has been a tireless advocate for Canadians’ constitutional rights and freedoms. With the integrity that we know him for, he has owned this mistake, openly, directly, and without reservation. Mr. Carpay has advised the Board that, effective today, he is taking an indefinite period of leave from his responsibilities at the Justice Centre.”

Carpay founded the JCCF in 2010, saying at the time there was a “desperate need for Canadian university students facing censorship to have reliable and competent legal representation, free of charge, from a team of experienced lawyers.”

The JCCF has appointed one its current lawyers, Lisa Bildy, as interim president effective immediately.

In Canada, according to Investigation Hotline, hiring a private detective is legal so long as certain rules are followed and the investigator is licensed to practice in the province where the investigation takes place.

Licensed private investigators are not allowed to enter someone’s property. They are also not allowed to wiretap one’s phones, access bank records or credit information.

According to Manitoba government justice department, one can hire a private investigator only “after the business has been issued and receives a license from Manitoba Justice.”

The JCCF said none of its board members were aware of, or had prior knowledge, that Carpay had planned to have officials surveilled.

“Had the Board been advised of the plan, it would have immediately brought it to an end. Mr. Carpay has acknowledged that he made the decision unilaterally. Apart from the Justice Centre’s Litigation Director, none of the Justice Centre’s lawyers or Board members were aware that this was occurring until July 12,” noted the JCCF.

In a statement by Carpay, he noted that he personally apologized to Joyal for having him observed “to hold government officials accountable.”

“In an error of judgement, Chief Justice Joyal was included with the observation of government officials,” wrote Carpay.

“No other judges were included. Over the last 16 months, Canadians have faced unprecedented restrictions on their Charter-guaranteed freedoms to travel, assemble, associate with others, and worship. The Justice Centre’s mandate is to defend Canadians’ constitutional freedoms through litigation and education.”

Carpay added that the surveillance was in “no way” intended to “influence or impact the Justice Centre’s litigation efforts, or any of our court cases.”

“This decision was my own initiative, and was not discussed with Justice Centre clients, staff lawyers or Board members,” wrote Carpay.

— Article continues below Petition —
PETITION: Reject government control of the internet in Canada
Show Petition Text
6568 have signed the petition.
Let's get to 7500!
Thank you for signing this petition!
Add your signature:
Show Petition Text

News broke Monday that Carpay had Joyal followed, after the judge announced his being surveilled during a hearing on Monday for a JCCF case involving churches fighting COVID-19 restrictions.

According to a CBC report, Joyal said he noticed a car following him on July 8 after leaving a court hearing in downtown Winnipeg. He also claimed that the private investigator followed him to his home and had someone ring his bell to ascertain if he lived there.

Joyal said that he has accepted an apology from Carpay saying that despite his “grave, grave concerns about what's happened and the administration of justice, it does go a ways, a significant ways, to at least hear counsel accept responsibility for what's happened.”