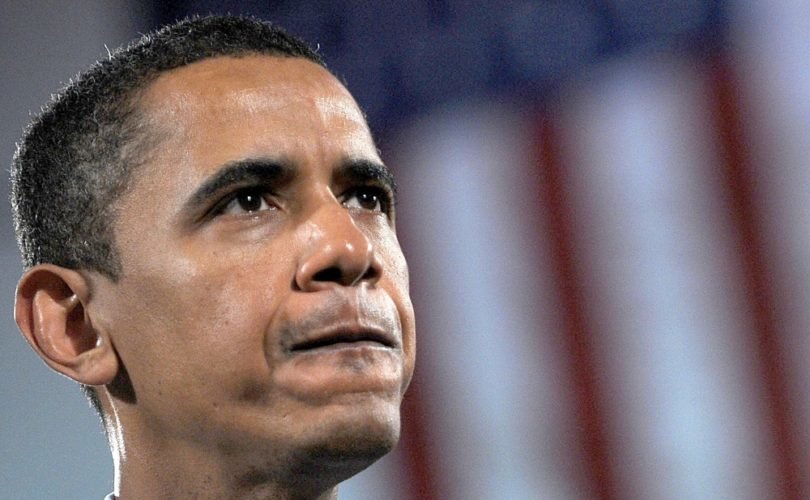 August 18, 2015 (LifeSiteNews) — President Obama's Department of Health and Human Services (HHS) told Congress late last week that Planned Parenthood has been following the law in its practice of attaining fetal tissue and body parts for sale.

HHS also insisted it does not fund fetal tissue research or elective abortion through Planned Parenthood. Rather, it gives the nation's largest abortion provider money for its “critical health services.”

In a letter sent late Friday and addressed to Sens. Joni Ernst and Roy Blunt, HHS's assistant secretary for legislation contended that HHS “knows of no violations” of U.S. fetal tissue laws on the part of government researchers or the companies that supply the tissue, and said also that HHS takes the word of non-profits supplying it fetal tissue for research that they are operating in line with all aspects of the law.

“Currently, we know of no violation of these laws in connection with the research done at our agencies,” stated Jim Esquea in the letter. “Furthermore … we have confirmed that HHS researchers working with fetal tissue obtained the tissue from non-profit organizations that provided assurances to us that they are in compliance with all applicable legal requirements.”

Sen. Ernst's office provided a copy of the letter to LifeSiteNews. While the senator is away on military duty, a spokesperson for her provided the following response:

Senator Ernst is still reviewing the letter and there are several state and congressional investigations into Planned Parenthood's selling of baby body parts. As she has stated, Senator Ernst does not believe that taxpayers should be forced to foot the bill for roughly a half a billion dollars annually for an organization exhibiting such disrespect for human life.

In its letter, HHS also said fetal tissue research has been significant in efforts to cure disease and plays a vital part in vaccine development.

“The use of fetal tissue in medical research has been an instrumental component of our attempts to understand, treat, and cure a number of conditions and diseases that affect millions of Americans,” the letter stated. “In addition, research using cell lines derived from fetal tissue has also played an essential role in the field of vaccine development.”

This is disputed by Debi Vinnedge, executive director for Children of God for Life, which advocates for ethical vaccines.

“Fetal tissue research has not produced great advances in medicines,” Vinnedge told LifeSiteNews. “In fact, there is not one single use of aborted fetal tissue or cells that has not been accomplished using moral sources as well.”

Federal research on fetal tissue has gotten more attention in the month since the first in a series of undercover videos was released showing various high-ranking Planned Parenthood executives negotiating the sale of fetal body parts and tissue from children aborted at its facilities.

The videos raise the possibility of Planned Parenthood profiting from the sale of fetal remains, and also show the abortion giant planning specific abortion procedures to best allow for procurement of intact body parts, both in violation of federal law.

Also exposed by the videos was Planned Parenthood's willful use of partial-birth abortion to harvest fetal body parts and its stealing aborted baby body parts without the consent of the babies' mothers, both also against federal law.

Ernst and Blunt were the top two signatories in a July 22 letter from 50 U.S. senators to HHS Secretary Sylvia Mathews Burwell questioning Planned Parenthood's practices and whether they are in compliance with federal laws pertaining to the use of fetal tissue and partial-birth abortion.

Taxpayers have funded two federal agencies that purchase aborted children's remains over the last seven years with more than $300,000.  The National Institutes of Health and Food and Drug Administration both take part in research using fetal tissue.

Advanced Bioscience Resources (ABR), identified in the Planned Parenthood videos as a fetal tissue supplier, has received $257,000 from the NIH and roughly $73,000 from the FDA since 2009.

The letter told Congress that it had assurances from fetal tissue providers to the NIH and FDA that their tissue procurement was in accordance with the law.

HHS concluded with the qualification of the funding that it does provide to the nation's largest abortion chain, and listing its self-styled services.

“While HHS provides funding to Planned Parenthood federation of America through competitively-awarded grants and contracts, the funding does not support research involving fetal tissue,” it said. “Instead the funds are used to provide critical health services, including annual wellness exams, cancer screenings, contraception, and to further the study of sexually transmitted diseases.”

Planned Parenthood claims that abortion makes up only 3% of its services, when statistics bear out that the number of abortions it performs far outweigh its other activities. Planned Parenthood and its advocates also continually claim that the abortion behemoth needs federal funding to provide mammograms, when it does not provide them, instead referring women to other organizations that do.