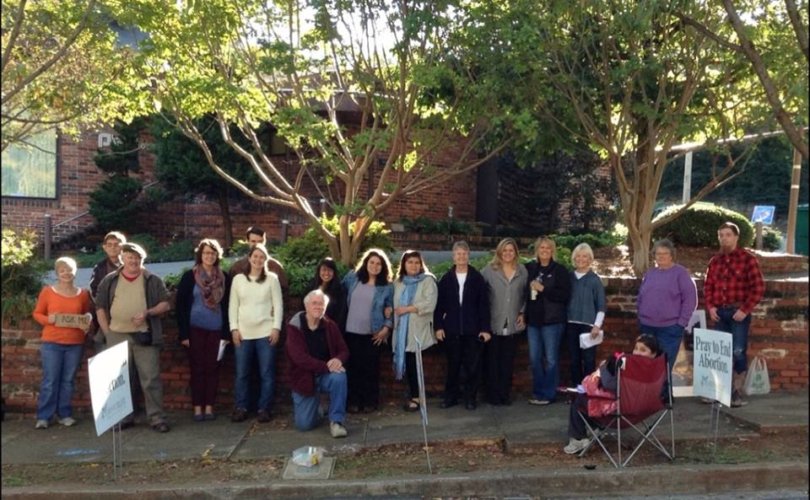 BIRMINGHAM, Alabama, February 14, 2017 (LifeSiteNews) – A 2016 Alabama health department report shows Planned Parenthood in Birmingham failed to properly sterilize medical equipment and provide discharged patients with a list of medications they were on or the name of a doctor to contact in case of emergency.

The 17-page deficiency report shows the city's only abortion facility failed to record whether it had aborted viable babies and failed to document whether patients were able to view an ultrasound.

“The clinic failed to have documentation of Tuberculosis (TB) screening” and Hepatitis B screening of its employees, the report says, which “had the potential to affect all patients served in this clinic.”

Planned Parenthood failed to document an initial and annual review of its physicians' clinical skills and inadequately kept employee records, according to the health department. The Birmingham center also put incorrect information on patient forms, ranging from the date to “the size of the uterus in weeks.”

“The clinic failed to assure all staff followed the policy for hand washing, cleaning equipment between patient use and cleaning recovery room chairs,” the report indicates. It reminded Planned Parenthood, “When hands are visibly dirty or soiled with blood or other body fluids, wash hands with water and soap.”

Birmingham-based Father Terry Gensemer of the Charismatic Episcopal Church told LifeSiteNews this report proves what pro-lifers have known all along about Planned Parenthood.

“They’re very careless, [yet] they talk about wanting to do safe, legal, rare abortions,” said Gensemer. “This entire report, including the fact that the instruments are not sterilized, among other things, shows they’re not safe at all. In fact, these are very dangerous places.”

“How in the world can the abortion industry tell us that they’re doing safe, legal abortions when we don’t even know what age of gestation that they’re doing abortions [on]?” asked Gensemer. “How do we know they’re not doing much more late-term abortions than they’re allowed to do by Alabama law?”

“The [health department] surveyor observed in the work room a hole in the sheet rock above the sink and papertowel dispenser where the surgical instruments are cleaned prior to placing the instruments in the sterilizer,” the report notes. “In an interview with [the] Health Center Manager, on 9/22/16 at 1:30 PM, she stated she did not know what happened to the wall and that the wall had been that way since she worked at the clinic, over a year.”

Alabama regulations require abortion centers to be “structurally sound, free from leaks and excessive moisture, in good repair, and painted at intervals to be reasonably attractive inside and out.”

Birmingham also used to be the home of an abortion facility called New Woman All Women. In 2012, New Woman All Women injured two abortion patients in one day. EMTs had to carry one through a trash-filled alley because the facility couldn't accomodate a gurney. The abortion center was demolished in 2016 after a the health department released a 76-page report about its various deficiencies.

The Alabama health department has cited the Tuscaloosa abortion center for some of the same offenses as the Birmingham Planned Parenthood. It failed to document whether 16 unborn children were viable before aborting them and failed to adequately label a patient’s medical records.

Gensemer said CEC for Life is “absolutely going to ask Alabama Department of Public Health to continue looking into this.”

“We’re going to also go to other state officials to make sure that some action is taken to discipline this abortion clinic,” he promsied. “We’re not gonna let this go and we’re not gonna be quiet about it.”