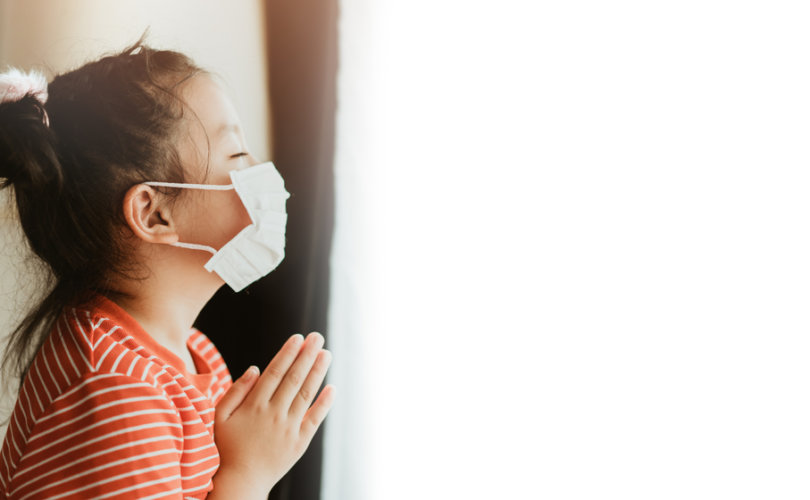 April 15, 2020 (LifeSiteNews) – Health authorities from a central Canadian province banned a drive-in Easter Sunday service at a small-town Canadian church, saying it would have constituted a “mass gathering” in violation of its coronavirus health orders.

As a result of the church service ban, the Canada based Justice Centre for Constitutional Freedoms (JCFF) served a legal warning to the Saskatchewan Health Authority yesterday, saying it violated the rights and freedoms of worshipers from the Nipawin Apostolic Church.

“We write to express our concern with recent actions of the Saskatchewan Health Authority which have unjustifiably violated citizens’ Charter freedoms of peaceful assembly, association and religion,” says the JCFF legal warning.

The Nipawin church, located in northern Saskatchewan, had planned to host a drive-in style Easter Sunday service to let their faithful gather while following public health guidelines put in place due to the coronavirus pandemic.

The Saskatchewan Health Authority threatened steep fines to anyone in attendance if the event were to go ahead. The Saskatchewan public health order says that no more than 10 people can gather in either public or private settings.

The head Pastor of the church, Jordan Gadsby, said that the church service had the approval of the town, but after health authorities got wind of the service, they quickly shut it down declaring it a “mass gathering” in violation of the provincial health order.

Gadsby said in a local media report that he had followed all the recommended health guidelines to ensure that attendees would stay in their vehicles. Worshippers were to use their car radios to listen in, and everyone would have been told to leave vehicle windows closed, with car lights being flashed to say “amen.”

“It's really disappointing. We were excited about it,” Gadsby was quoted as saying in a local media report.

“We wanted to provide a safe way for them to celebrate Easter when often people would be around family and doing all kinds of more social things.”

Regarding the incident, it was reported Tuesday afternoon that the Premier of Saskatchewan Scott Moe, has demanded that the Saskatchewan Health Authority explain why they banned the service from taking place.

“While we must remain vigilant in observing physical distancing, we should also encourage innovative and unique ideas that support the ability of Saskatchewan residents to pull together while staying apart,” Moe’s office said in a statement.

The JCCF legal warning mentioned that over this past Easter weekend, many drive-in style church services took place in Canada without incident, like a service held at an Edmonton church.

In a news release about the case sent out yesterday, the JCCF said that the Saskatchewan Health Authority decision to force the church service cancellation was, “ostensibly based on an unfounded concern that attendees would leave their vehicles and engage in personal interactions without social distancing.”

“If the Health Authority consistently applied this same rationale equally to the entire province, it would lead to a ban on all public parking during the Covid-19 outbreak,” said the JCCF news release.

Jay Cameron, a lawyer for the JCCF, noted that this type of action directly violates the Canadian Charter of Rights and Freedoms.

“The Covid-19 outbreak does not suspend our freedoms as protected by the Canadian Charter of Rights and Freedoms,” said Cameron in the JCCF release.

“This restriction of public religious gatherings, in which people exclusively occupy their personal vehicles on a parking lot while worshipping, is irrational, unnecessary and a clear violation of Charter rights.”

The JCCF legal letter is asking the Saskatchewan Health Authority to immediately respond to them, confirming that they will rescind their decision to classify “drive-in religious services” as a violation of their public health order.

Last week, the JCCF warned that Canadian’s rights are being trampled as a result of reports that some provinces, such as Alberta, are toying with the idea of using people’s cell phones to track one’s whereabouts in the name of combating the coronavirus

“Monitoring someone’s whereabouts using their cell phones is, of course, a search,” said Cameron in a LifeSiteNews report.

Pro-abortion Prime Minister Justin Trudeau said in late March that, “all options are on the table,” when it comes to combating the coronavirus. This includes leaving the door open to the possibility of tracking Canadians cell phones either via a dedicated app, or through one’s cell phone provider.

Saskatchewan has a population of just under 1.2 million people. It has so far recorded 4 deaths from the virus with 300 confirmed cases.

Canada has been in a nationwide lockdown since March, with all public schools, churches, sporting events, sit-down restaurants, and most stores deemed non-essential, shut. As of today, Canada has registered under 27,000 cases with 898 deaths.

In the United States, like in parts of Canada this past weekend, drive-in church services, including Mass at Catholic churches, have been tolerated in various States.

However, like in Nipawin, there have been instances of church services being shut down, as was recently the case in Kentucky.

Some prominent Catholic leaders have said that with the right precautions taken, there is no reason Mass cannot be held for the faithful.

In a message last month, Cardinal Raymond Burke said that if health precautions are followed, there is no reason the church cannot minister to the faithful.

“We can provide more opportunities for the Holy Mass and devotions at which a number of faithful can participate without violating necessary precautions against the spread of contagion. Many of our churches and chapels are very large. They permit a group of the faithful to gather for prayer and worship without violating the requirements of ‘social distance.’”