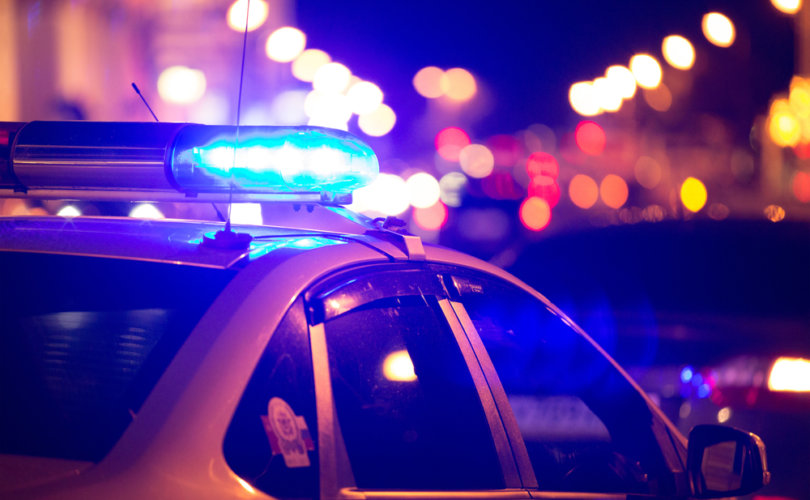 April 16, 2020 (LifeSiteNews) – Health care workers in a handful of American states are sharing with police the addresses of those who test positive for the virus.

The information sharing is being done in the name of “keeping officers and EMTs safe,” and works by states directing their local health boards to share addresses of those who have tested positive for the virus.

However, as the ABC report notes, concerns have been raised by both health and privacy activists that health agencies sharing information with the police might cause some to forgo getting tested or treated for coronavirus.

Robert Greenwald, who serves as a professor and as the director of the Center for Health Law and Policy Innovation at the Harvard Law School, said that “there's going to be stigma,” with any disease.

He added that “if you get screened then your address goes on a list that goes to first responders, it discourages screening for people who don't want to be on this list.”

Many people who contracted the coronavirus have been stigmatized for having the disease. When combined with increased surveillance measures, this could add pressure and fear to those who are sick to go and visit a doctor.

Already in the US and Canada, it has been reported that many 911 dispatchers have been asked to inquire with their caller, additional information such as whether or not they have coronavirus symptoms.

As the coronavirus epidemic spreads across the globe, the Wall Street Journal reported that US government officials, by the way of the Centers for Disease Control and Prevention, have been using the location information from the cellphones of Americans.

This is being done so that they can “better understand the movements of Americans during the coronavirus pandemic.”

While the ABC report notes that people’s names are omitted from the data, whistle-blowers have recently warned that governments around the world are using the epidemic as a tool to increase surveillance.

Recently, a former contractor for the CIA, Edward Snowden, who is now in exile, warned that surveillance measures many governments are using, or at least proposing to use in the name of combating the coronavirus, could end up becoming permanent.

In the Wuhan area of China, where the coronavirus is reported to have started, the Chinese government recently lifted travel restrictions, but will only allow those with a government surveillance app on their phone to enter or exit.

The Wall Street Journal posted an article this week titled, “How Coronavirus Is Eroding Privacy,” which raises questions about how the virus has caused an erosion of people’s data privacy.

In early April, Alphabet’s Google division released location data for 131 countries that could be used by authorities to determine if people are obeying quarantine rules.

In Canada, it was reported that the federal government has not ruled out using Canadian’s cell phone location data to track people's movements during the coronavirus epidemic.  Prime Minister Justin Trudeau did not specifically rule this idea out, saying that “all options are on the table.”

This week, a Canadian Federal Minister said he wants a law that would punish those who spread “misinformation” about the coronavirus online.