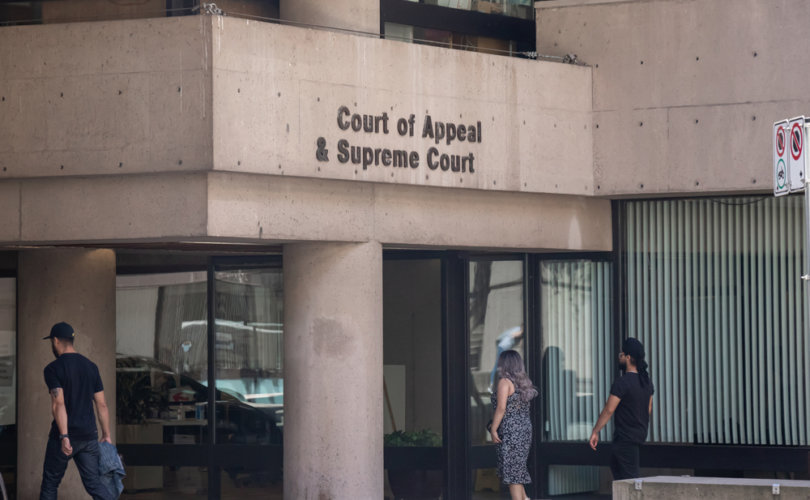 VANCOUVER, British Columbia (Justice Center for Constitutional Freedoms) – The Justice Centre is pleased to provide an update on the legal action filed in the British Columbia (BC) Supreme Court on March 16, 2022, which asks the Court to strike down the BC Provincial government’s Orders that mandate the COVID shot as a condition of employment for specific groups of BC healthcare workers.

The lawsuit was filed on behalf of several BC healthcare workers who have lost their jobs because of the Orders.

Hearing dates are set for ten days, beginning November 28, 2022, and concluding on December 9, 2022. The trial is scheduled to be heard by the Honourable Justice Simon Coval, and will be heard with three other separate legal actions on similar grounds.

Dr. Joshua Nordine, an internationally-trained family physician with Kelowna’s Rutland Medical Associates, is one of the applicants in the Justice Centre legal action. He is also a spokesperson for the “Hire back our Heroes” campaign. The campaign seeks to reinstate all healthcare workers who were fired for choosing not to take a COVID vaccine.

Dr. Nordine told Capital News that as COVID nears an endemic state and “natural immunity” becomes widespread, it is time to reverse COVID policies and hire back unvaccinated workers, as they “can work safely.” According to Dr. Nordine, the BC provincial health care system is short staffed and faltering because of COVID vaccine mandates.

Provincial Health Officer Dr. Bonnie Henry issued a series of Orders in October and November 2021 that ultimately applied to all BC healthcare workers and staff who work in or for BC Health Authorities, care facilities, or other designated facilities across the province. The effect of the Orders was that workers needed to show proof of having received all doses of an approved COVID shot, or they would lose their jobs.

Dr. Henry also issued a series of Orders between August 2021 and February 2022 that allowed employers, operators, and contractors to obtain personal information from healthcare practitioners and staff, as well as their confidential COVID vaccination status. The Orders compel employers and contractors to report the healthcare practitioners’ and staff members’ personal information and vaccination status to Dr. Henry.

On March 7, 2022, and June 10, 2022, Dr. Henry issued additional Orders that compel medical colleges, as defined by the Health Professions Act, to collect identifying information about each of their registrants, including COVID vaccination status. The June 10, 2022 Order goes further and permits medical colleges to disclose the vaccination status of students of post-secondary institutions who apply for enrollment into residency programs and other postgraduate medical education programs, to the post-secondary institution. The Orders permit disclosure of the collected information to Dr. Henry, upon request.

Karen Bastow, external counsel for the Justice Centre, said “[we] recognize the need to protect vulnerable persons, but most of our petitioners affected by the vaccine mandates did not work with vulnerable persons. Many worked in an administrative capacity, and some even worked remotely.”

“As well,” she continued, “Alberta Health Services lifted its vaccine mandate for healthcare workers on July 18, 2022. Other provinces never imposed vaccine mandates and left it up to the individual health care agencies to decide whether to require vaccination.”

Charlene Le Beau, Justice Centre lawyer and co-counsel on the case, said “[f]reedom of choice and bodily autonomy are matters of critical societal importance, and as such, the outcome of this case will play an important role in the recognition of individual rights and how they are respected by government authorities and protected by the Courts.”