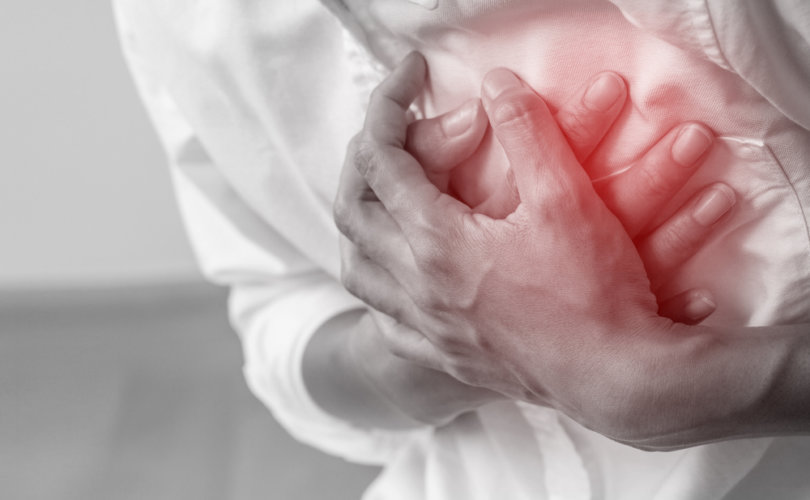 A FOIA application lodged with the West Midlands Ambulance Service University NHS Foundation Trust on April 25 requested information from 2017 up to the present day on the number of “callouts for patients with heart conditions per year,” as well as a breakdown for the under-30 age group.

The NHS responded on May 18, delivering a spreadsheet with the official figures both for overall ambulance calls for serious heart conditions, tabulated by month from January 2017 until March 2022, and the specific numbers for those under 30 years old during the same time period within the West Midlands area.

The results from the above tables show a marked increase in ambulance calls for heart-related illnesses during 2021, shortly after the nationwide COVID jab rollout had commenced in December the previous year.

The under-30 group fared only slightly better between 2020 and 2021, with ambulance requests for serious heart conditions for the group increasing by just over 63 percent.

As we progress through 2022 the average is further increasing, already showing a 10.7 percent increase over 2021’s overall numbers and 13.7 percent for the under-30s.

The Exposé has prepared graphical representations of the above tables to demonstrate more clearly the change in trend prior to 2021 and thereafter:

As can be seen in the above figure, the red bar representing 2021 consistently dominates over the green 2020 bar in each month, with the orange 2022 bar – which only accounts for the first three months of the year – showing that trend continue to worsen.

Notably among the under-30 group, a rise in heart-related callouts is only depicted from April onwards, before which time only a smaller group of frontline workers and those considered especially vulnerable to COVID-19 within that age range were permitted to take the jabs. The remainder of the under-30 population were not invited to get their first shot until the end of May 2021.

By March 2022, callouts for heart conditions among the under-30s had almost doubled those recorded in March of the previous year.

Although incomplete, the overall figures for 2022 already indicate an increase of 26.8 percent over the first three months of 2021, and just shy of double 2017’s January to March records.

Regarding the under-30 cohort, the trend is much more exaggerated, with 2022 figures showing a dramatic increase of 85 percent over 2021 callouts and over three times as many as those recorded between January and March of 2017.

Meanwhile, data from the U.K. Health Security Agency (UKHSA) suggest that almost 70,000 Britons died every month within 28 days of receiving a COVID shot between January 2021 and March this year.

To establish the 70,000 figure from UKHSA reporting, the same broad metric used to record so-called “COVID deaths” was applied, which accounts for all deaths within 28 days of testing positive for the virus. The data therefore does not admit of causation between the jabs and the recorded deaths, but it does establish reasonable grounds for further investigation.

More concretely, increasing numbers of coroners’ reports are confirming COVID inoculations to be the root cause of early deaths.

In both the U.K. and the U.S., coroners have reported that the AstraZeneca and Pfizer COVID shots have been responsible for dangerous blood- and heart-related conditions, leading to the premature deaths of otherwise healthy individuals.

Indeed, the most recent figures from the U.S. Vaccine Adverse Event Reporting System (VAERS) show that 1,287,585 injuries have been reported in the days and weeks following reception of the COVID shots, leading to both the federal vaccine and COVID-19 treatment injury compensation programs becoming “overwhelmed” with claims.