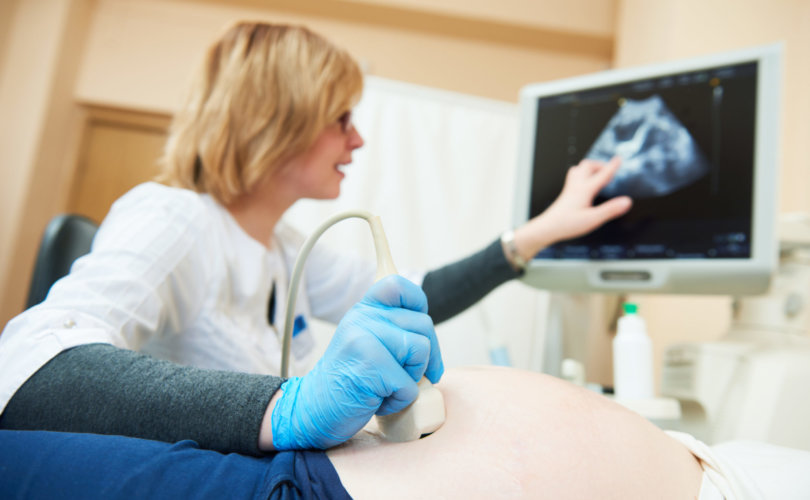 NASHVILLE, Tennessee, June 19, 2020 (LifeSiteNews) – Tennessee legislators in the House and Senate approved in the early hours of the morning a so-called heartbeat bill essentially outlawing abortion after six weeks of pregnancy, when an unborn baby’s heart first starts to beat.

Abortions sought simply because of the sex or race of the unborn child are equally prohibited by the bill. Additionally, any “prenatal diagnosis, test, or screening indicating Down syndrome or the potential for Down syndrome in the unborn child” is no longer a sufficient reason for an abortion.

In an effort to help mothers realize that the unborn child is a human being, thus helping to lower the number of abortions, doctors are required by the bill to determine the gestational age of the unborn child and tell the mother about it.

Mothers have a right to both “an obstetric ultrasound and display the images so that the pregnant woman may view them,” and to hear “the fetal heartbeat of the unborn child, if any.”

Prior to any abortion procedure, the pregnant woman needs to confirm in writing that she was presented with that information, or declined to be presented with it.

The Tennessee affiliate of the pro-abortion American Civil Liberties Union (ACLU) immediately vowed to challenge the heartbeat bill in court.

“Lack of access to abortion care particularly harms those struggling financially and those who already face significant barriers to health care, including people of color, people with limited incomes, rural people, and young people,” said Hedy Weinberg, executive director of the ACLU of Tennessee. “Politicians should not be deciding what is best for women and certainly not making reproductive health care decisions for them.”

Expecting a legal challenge, however, legislators had implemented a safety feature that would, according to The Tennessean, “automatically enact abortion bans at eight, 10, 12, 15, 18, 20, 21, 22, 23 and 24 weeks of gestation,” should a court “strike down the six-week ban, in conjunction with the detection of a fetal heartbeat.”

“While there is an exception to the restrictions if a woman’s life is in danger, there will be no exceptions for rape or incest,” explained The Tennessean.

Gov. Bill Lee, a pro-life Republican, said on Twitter, “One of the most important things we can do to be pro-family is to protect the rights of the most vulnerable in our state, and there is none more vulnerable than the unborn.”

“We have passed the strongest pro-life law in our state’s history,” Lee added, calling out several lawmakers who helped move the bill through the House and the Senate.

We have passed the strongest pro-life law in our state’s history and I am grateful to @ltgovmcnally, @CSexton25, @SenJohnson, @WilliamLamberth and members of our General Assembly for making the heartbeat bill law.

What to Expect, a website based on the popular books about pregnancy and child rearing, explained the growth of the heart very early during the unborn baby’s development.

Even though at 4 weeks pregnant that sweet, sweet heartbeat hasn’t yet arrived, a distinct blood vessel has formed inside your embryo, which will soon develop into your baby’s heart and circulatory (blood) system.

In the early stages, the heart resembles a tube that twists and divides, eventually forming the heart and valves (which open and close to release blood from the heart to the body). In fact, by week 5, the heart tube begins to beat spontaneously, though you can’t hear it. During those first few weeks, precursor blood vessels also begin to form in the embryo.

By 6 weeks, your baby’s heart – now beating 110 times a minute – has four hollow chambers, each with an entrance and an exit to allow blood to flow in and out of each chamber. In just two more weeks, that number will rise to 150-170 beats a minute. That’s about twice as fast as yours!

With all this growth, you’ll probably be able to hear your baby’s heartbeat for the first time around week 9 or week 10 of pregnancy, though it can vary a bit. It will be about 170 beats per minutes by this time, a rate that will slow from here on out. Your doctor or midwife will place a handheld ultrasound device called a Doppler on your belly to amplify the sound.

Heartbeat bills, while passed by several states, including Alabama, Georgia, Missouri, and Ohio, have repeatedly been blocked by federal courts. In turn, pro-life leaders have already vowed to take the cases to the Supreme Court.

Given the hostility to conservative issues even among Republican-nominated Supreme Court Justices, the result of any legal challenge remains questionable.

Previously, the state of Tennessee had proposed banning virtually all abortions by defining “viability” to mean “that a male human sperm has penetrated the zona pellucida of the female ovum, which includes, but is not limited to, serial human chorionic gonadotropin (HCG) determinations or the detection of a heartbeat in an unborn child.”

Unbelievably, National Right to Life Committee (NRLC) general counsel James Bopp stabbed pro-lifers in the back by testifying against the bill, arguing that judges “have an obligation to follow precedent. And there’s simply no question that pre-viability prohibitions are unconstitutional … We have precedent we cannot avoid with a clever legal argument.”

He characterized the bill’s viability provision as “irrational” language that “makes us look foolish. And I do not want to look foolish.”

Without specifically naming Bopp, Family Action Council of Tennessee president David Fowler wrote it is “foolish” to make “prideful assertions about what the rule-of-law-composition of the Court will be at the time any law enacted now finally reaches that Court.”

Fowler also noted that “judicial vote prognostications” throughout the history of the abortion debate have often been wrong.