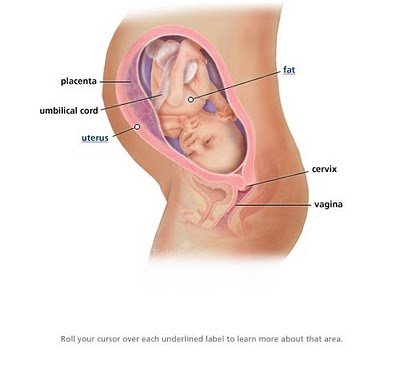 Ohio's Republican-controlled House voted in favor of a measure to protect children from abortion the moment doctors can confirm they have a heartbeat – but the measure will not become law.

Most legislators voted in favor of the “heartbeat bill” Wednesday, passing it by a vote of 47-40.

But the bill needed 50 votes to claim a majority and move on to the state Senate.

Eleven House Republicans voted against the bill. No Democrats voted in favor. Another 11 representatives did not vote at all. (The full vote tally is available here.)

After the vote Janet Porter of Faith2Action, the bill's primary backer, said, “Now we know which Reps are truly pro-life and which ones are not.”

“And we know who needs challenged in the primary!” she added.

The bill would have made it illegal for an abortionist to perform an abortion if a fetal heartbeat could be detected, “except when there is a medical emergency or medical necessity” – something necessary “to avoid a serious risk of the substantial and irreversible impairment of a major bodily function.” An unborn child's heartbeat may be detected as early as six weeks.

But Rep. John Patrick Carney, D-Columbus, said the bill is “only supported by emotion.”

The measure, which divided Republicans and the state's pro-life leadership against themselves, had been the subject of a protracted legislative struggle this session. Its supporters attempted to link it to other legislation, yet their fellow Republicans blocked the motion.

The state's pro-life grassroots supporters enthusiastically supported the measure. “The Heartbeat Bill could protect over 90 percent of the over 23,600 Ohio children at risk from death by abortion on demand,” said Paula Westwood, executive director of Right to Life of Greater Cincinnati.

“All babies deserve protection from first spark of life,” Westwood said. “The reluctance of Ohio's state legislature to protect little ones at the very least when their heartbeat can be detected is shameful.”

But Senate President Keith Faber, R-Celina, said, “We believe the Heartbeat bill moves the cause of anti-abortion back, not forward.” Governor John Kasich, a possible 2016 presidential candidate, also expressed unspecified “concerns” over the proposal.

Mike Gonidakis, president of Ohio Right to Life, warned of “the negative and unintended legal consequences of overreaching legislation.”

Opponents say the bill will be struck down by the courts on the basis of Roe v. Wade, strengthening its legal basis. Arkansas and North Dakota have passed heartbeat bills that were deemed “unconstitutional.” The Arkansas legislators enacted as 12-week “heartbeat” bill over Democratic Governor Mike Beebe's veto last February, but it was struck down by Judge Susan Webber Wright, who dismissed Paula Jones' sexual harassment case against Bill Clinton. North Dakota passed a heartbeat bill last year, but a U.S. district judge also overturned that law, which was signed by Governor Jack Dalrymple.

But its supporters look forward to the opportunity to challenge the 1973 Supreme Court case that legalized abortion nationwide.

If the abortion industry thought the bill helped their cause, they did not show it, maintaining a united opposition to the measure.

“This is a great day for women in Ohio,” said Stephanie Kight, CEO of Planned Parenthood of Greater Ohio.

NARAL Pro-Choice Ohio Executive Director Kellie Copeland described the bill's defeat as a joyous moment before the state passes new pro-life laws in 2015. “Sadly, we know that defeat of this legislation is not the end of the threat to women's health,” she said. “Anti-choice forces already have more restrictions on access to reproductive health care ready for introduction when the legislature returns in January.”

The Heatbeat bill has a long and difficult history in the state legislature. The Heartbeat bill passed the Ohio House in 2011 and was endorsed by Mike Huckabee, Newt Gingrich, and Michele Bachmann, only to have the Republican Senate president refused to bring it to the floor for a vote.

Yet the concept's proponents continue to look forward. Porter said officials in Oklahoma have asked her to help draft a Heartbeat bill for the Oklahoma state senate.