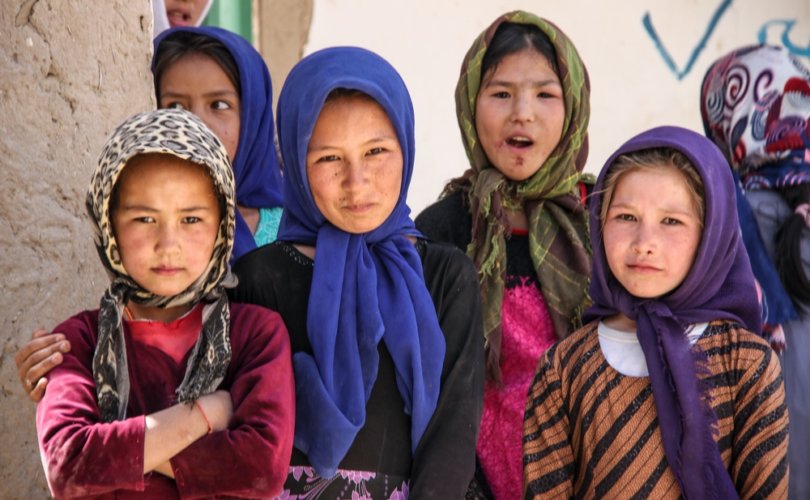 With the United States military slated to pull out of the Kabul Airport by the end of the day today, the crisis for these vulnerable children, women, and men is reaching a climax.  Those left behind are rightfully panicking.

LifeSite has launched a LifeFunder campaign to support the rescue of these vulnerable souls from the hands of the Taliban. Please prayerfully consider contributing today by clicking here.

(LifeSiteNews) — Movie producer Jason Jones is working night and day with members of Congress, private contractors, and governments around the world to rescue persecuted Christians and others whose lives are in grave peril while stranded in Taliban-controlled Afghanistan.

With the United States military slated to pull out of the Kabul Airport by the end of the day today, the crisis for these vulnerable children, women, and men is reaching a climax. Those left behind are rightfully panicking.

The seemingly indefatigable Jones has vowed to not rest until all have been brought to safety.  Though he and his team have already rescued many in recent days, Jones said he is “obsessed” with those who have not yet been retrieved.

“I’m barraged by people we have added to the extraction manifest who didn’t get out,” explained Jones to LifeSiteNews via telephone.

This is what Jones is telling to those who are waiting to be saved:

The US Government has, despite its promises, abandoned the people of Afghanistan. We have to figure out now what our government couldn’t, how to get people out of a country under Taliban control where you also have thousands of members of other terrorist groups operating, as we saw in the attack on the Airport by ISIS.

We are committed to serving you until you and your family are safe. A new evacuation plan will take time, and it will seem like it’s taking forever. Our commitment is thoughtful, prudent actions to get you to safety.  We are with you now and we are with you until you are safe. Pray for us as we are praying for you.

Many news outlets, including conservative ones, are hyping a false narrative that it’s primarily young men who are being flown out of Afghanistan. Pictures from the evacuation flights that have been made public seem to confirm this.

Jones explained that this is not true, and that the reason photos of children are not being made public is to protect their identities.

Jones shared with LifeSiteNews pictures of the many children whose lives have been saved on the condition that the photos immediately be deleted upon viewing in order not risk compromising their safety.

“They have more compassion for these Christians than our American Government,” said conservative pundit Glenn Beck, whose organization, the Nazarene Fund, had already put 5,100 refugees on planes out of Afghanistan. “It is insulting, embarrassing, and wrong.”

Jones and his team are working tirelessly to do what the U.S. government —either through poor planning, ineptitude, or blatant lack of concern— has failed to do.

Please click “Donate Now” to help rescue persecuted Christians and vulnerable friends and allies from the Taliban in Afghanistan.

Jones recorded a brief message explaining to LifeSiteNews readers the need to immediately extricate the most vulnerable from the hands of the Taliban: