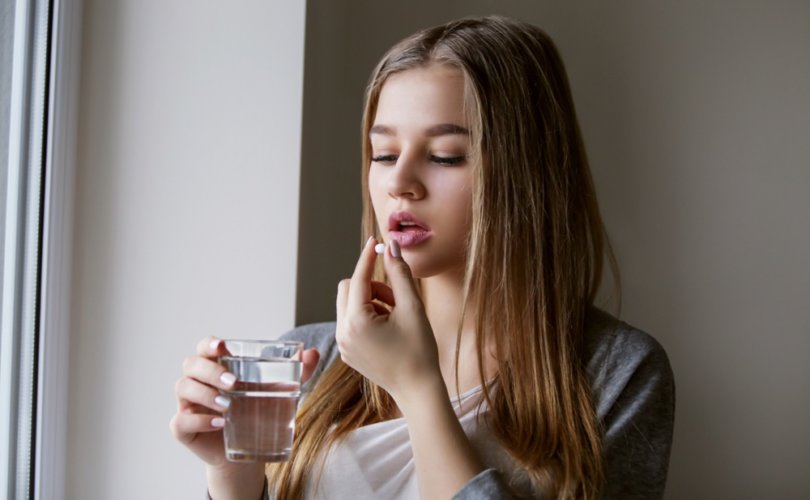 March 19, 2019 (Pregnancy Help News) — When “Hannah” discovered she was pregnant at the end of 2018, fear overtook her. Uncertain about what the future could hold for her and her husband with a baby on the way, she decided to have an abortion.

But that decision wasn't so simple. The morning after taking the first pill in the two-pill chemical abortion regimen, she awoke with immense regret. Wanting to save her baby, she called her mother, “Ellen,” a family nurse practitioner for the last 21 years.

Pro-life herself and empathizing with her daughter's remorse, Ellen enlisted her other daughter to scour the internet for a way to stop the in-progress abortion before it was too late.

That's when they found Abortion Pill Reversal, a life-saving protocol which has led to the births of more than 500 children since its inception in 2007.

Relieved to discover an antidote, Ellen and Hannah immediately called the helpline (877-558-0333) and were connected to Abortion Pill Rescue, a network of more than 500 medical professionals providing the reversal protocol. After gathering all of the information they needed, they hung up and Ellen called the local pharmacy with a prescription to save her unborn grandchild's life.

Within 10 minutes, Hannah was able to pick up her prescription from the pharmacy and begin the treatment. Now, just over halfway through her pregnancy, Hannah and her husband are expecting their baby boy to be born soon.

“She's excited now, she's doing everything perfect,” said Ellen, referring to Hannah's follow-up reversal treatments. “But just think of all the girls out there who don't know that [Abortion Pill Reversal] is available to them.”

Otherwise known as the “abortion pill” or RU-486, chemical abortions involve two pills: mifepristone and misoprostol. Mifepristone, the first pill which Hannah took, destabilizes a pregnancy by blocking progesterone receptors and reducing progesterone levels in the mother's blood. To finish the abortion, misoprostol induces labor, forcing her body to expel the baby.

Christa Brown, Abortion Pill Rescue Network Coordinator and medical specialist for Heartbeat International, says the protocol is critical for women who change their mind in the midst of a chemical abortion.

“Often, when women are considering abortion, they waver in their decisions,” said Brown, a registered nurse. “There is tremendous pressure and stress. One answer can seem right for a time, and a short while later that answer changes. The abortion industry often monopolizes on this indecision and plays on the fears of these women.”

“We believe every woman should have all the information that she needs to protect her child during an unexpected pregnancy,” Brown said. “The life of a mother and her baby are worth more than an abortion facility's bottom line.”

“A lot of people don't realize that there's actually help,” she said. “The fear is normal when you've never been a mom before, but definitely, it's something everybody should know — that there's other choices.”

Raised in a pro-life household by a father who was a scientist and a mother who was a mental health care worker, Ellen always knew abortion was wrong — even when she faced her own unexpected pregnancy as a young woman in boot camp for the U.S. Air Force.

Unaware that she was pregnant at the time, Ellen went to the doctor feeling sick after drinking some chocolate milk.

“They called me in and they said, 'You have a positive hCG; once you get rid of your pregnancy, come back in,'” she remembered. “Well, I was not gonna do that.”

As she sat in the waiting room, another girl who had already had three abortions sat next to her crying. For Ellen, her waiting room companion's trauma reaffirmed her decision not to have an abortion.

“I remember for a moment I thought, 'Oh my gosh, why would somebody want to kill a baby?'” she said. “I was excited even though I really wasn't prepared, I was scared and I really didn't have a lot of support, but I knew I would make it. So I've been there and so I know.”

Honorably discharged from boot camp, Ellen now needed to reformulate her plan for her future. Her baby's father, whom she would marry several years later, wanted no part in raising a child at the time, and the same month Ellen discovered she was pregnant, her parents divorced, leaving her with no place to call home.

Now on her own, Ellen found a job and an apartment and eventually gave birth to her first child, Heather, who she says is an A-student in nursing school today.

Later on, after choosing life, becoming a nurse practitioner, and witnessing a callous attitude towards human life in the medical field, Ellen became involved in Missouri Right to Life in the hopes of making a difference.

“I think if people saw exactly what goes on, they would never get abortions,” she said. “If they actually experienced it — experienced the whole thing — it's horrible. It's a horrible disregard for human life. It's a huge epidemic.”

After rescuing her daughter and grandbaby from the same fate, she is all the more motivated to help more women.

“If one person makes a difference by helping other people and doing what they know is right, then it makes a big difference in the world,” she said.