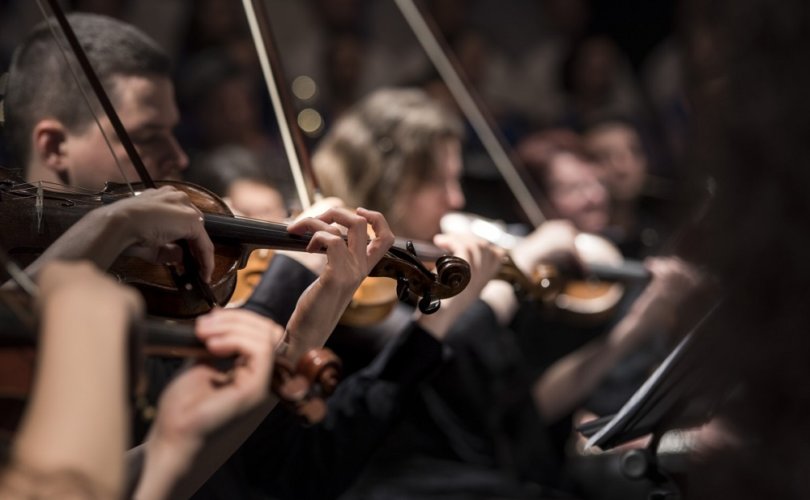 HAMILTON, Ontario, June 30, 2020 (LifeSiteNews) –  World renowned Canadian conductor explained that his musical career began “before birth” when he heard music from inside his mother’s womb.

During a radio interview, recounted in Dr. Thomas Verny’s 1982 book, The Secret Life of the Unborn Child, Boris Brott, then-conductor of the Hamilton Philharmonic Orchestra in Ontario, was asked how he had become interested in music.

“You know this might sound strange,” Brott answered, “but music has been a part of me since before birth.”

“As a young man,” he continued, “I was mystified by this unusual ability I had — to play certain pieces sight unseen. I'd be conducting a score for the first time and, suddenly, the cello line would jump out at me; I'd know the flow of the piece even before I turned the page of the score.”

“One day, I mentioned this to my mother, who is a professional cellist. I thought she'd be intrigued because it was always the cello line that was so distinct in my mind,” Brott recalled.

“She was; but when she heard what the pieces were, the mystery quickly solved itself. All the scores I knew sight unseen were the ones she had played while she was pregnant with me.”

Brott heard the music while in his mother’s womb and, remarkably, remembered it well enough to conduct an orchestra years later. Brott’s prenatal story demonstrates the intelligence of babies in the womb.

An unborn baby begins to hear outside noises at 18 weeks. In addition to identifying his mother’s voice, a newborn baby is often calmed by his father’s voice, demonstrating the child’s memory from hearing soothing sounds in the womb.

A microphone placed inside a pregnant mother’s womb revealed that sounds are clearly heard by the baby. While words are difficult to distinguish, voice patterns and tones are easily recognized. Music is also clearly heard in the womb.

Womb Songs, an online company, helps mothers bond with their unborn children by singing them a song in the womb.

“This Womb Songs website and the Sound Beginning program are designed to change the direction of the emotional consciousness of mankind into a more trusting peaceful calm and loving state of mind,” stated Dr. Brian Satt, the founder of Womb Songs.

The scientific technique is called musical bonding; it consists of teaching your unborn baby a song and using it as a bonding and calming tool before and after birth.

“This experience,” the website reads, “has been showing mothers for decades that their babies can be born into a loving, safe, trusting environment, where babies rarely cry at birth and instead are calm, making eye contact and listening to their womb song!”

Boris Brott’s prenatal experience happened accidently and developed into a lifelong love of music; now the opportunity to expose their unborn babies to the joy of music is open to all parents.

Correction: This article originally indicated Brott was the current conductor of the Hamilton Philharmonic Orchestra. However he left that role in 1989, and currently serves as director of the National Academy Orchestra of Canada and the Brott Music Festival.