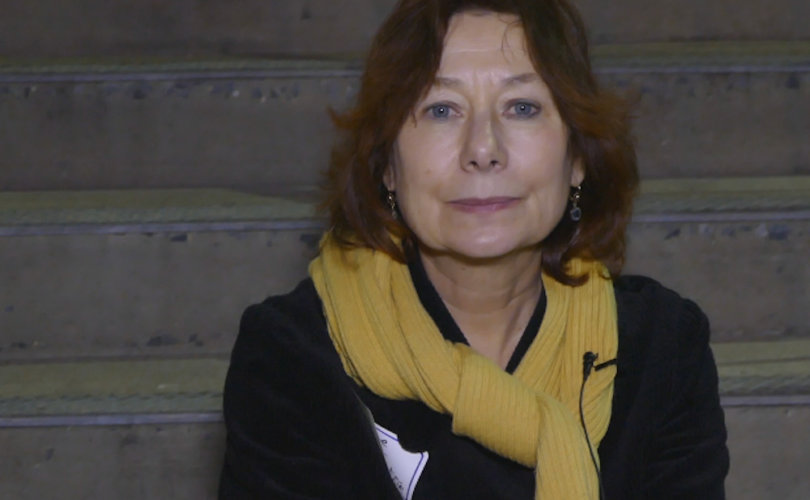 BALTIMORE, Maryland, July 11, 2017 (LifeSiteNews) – If women were ordained Catholic priests, would they hear confessions, follow the rubrics of the Mass, defend the Church's moral teachings, and lead their flock of parishioners to heaven?

The Catholic Church very clearly and officially teaches that women's “ordination” is an ontological impossibility, and women who attempt to be “ordained” incur automatic excommunication.

“A baptized male alone receives sacred ordination validly,” according to canon 1024 of the Code of Canon Law. Canon 1378 says that those who “simulate” or “attempt” to celebrate the Mass and hear Confessions incur automatic excommunication. Men who attempt to ordain women and “ordained” women themselves also incur automatic excommunication as part of canon 1378, according to the Congregation for the Doctrine of the Faith.

However, there is still a small group of people who actively lobby for the Church to ordain women.

In November 2016, LifeSiteNews interviewed Janice Sevre-Duszynska, an excommunicated female Catholic “priest” who has published multiple articles at the National Catholic Reporter, about some of her fundamental beliefs. Sevre-Duszynska said that women who obtain abortions do so “with lots of thinking,” that the Church should change its teaching on “the LGBTQI,” and that the Sacraments come from “the mystical experience of holy mystery and community.”

“If the priest initiates a homily, it often is a shared dialogue homily where everyone participates,” she explained. “And others sign up in the community to give homilies…They’re outstanding homilies. I can say that 'cause I’ve heard a number of them.”

Canon 766 of the Code of Canon Law addresses the topic of lay preaching. Liturgical norms promulgated by U.S. Conference of Catholic Bishops (USCCB) uphold Canon 766, which states that although lay people may, if approved by the diocesan bishop, “preach” or speak in churches, they are never allowed to do so during the homily at Mass.

Those who are approved by the diocesan bishop to speak in churches and oratoties must be “orthodox in faith and well-qualified.”

“In providing for preaching by the lay faithful the diocesan bishop may never dispense from the norm which reserves the homily to the sacred ministers (c. 767, §1; cfr. Pontifical Commission for the Authentic Interpretation of the Code of Canon Law, 26 May 1987, in AAS 79 [1987], 1249),” canon law states. “Preaching by the lay faithful may not take place within the Celebration of the Eucharist at the moment reserved for the homily.”

'Sexual choices' shouldn't be important to the Church?

“I believe that instead of talking about abortion, the Church should focus more on stopping wars and speaking out against our young men who live in poverty joining the military, where they are cannon fodder for the multi-national global corporations and the one percent of the rich in this country,” said Sevre-Duszynska. “That’s what I believe our bishops and our social justice teaching should be doing.”

Furthermore, “it would behoove the Church to get out of the business of worrying about our sexual choices,” and instead “be more concerned about spreading justice in the world, like Isaiah and Jesus did,” she said.

Sevre-Duszynska said that she doesn't believe the prohibition on women's ordination is an “official doctrine” of the Catholic Church. When LifeSiteNews pressed her on the issue, she said, “I believe that the call of the Holy Spirit is stronger” than “these rules.”

“I believe very strongly…that the Holy Spirit works in and through us and that we are helping to move the Church forward, lead the Church into a new era of justice and equality for women, which affects the treatment of women in the world,” she said.

“The Church needs to change the social teachings on the LGBTQI, ” Sevre-Duszynska believes. “Certainly, Jesus only looks at the heart and one’s actions. I know members of that community who have adopted children. What does that have to do with anything? They are good and fine parents, better than a lot of heterosexual couples.”

“Are they hurting anybody?” she asked of polyamorous arrangements. “It’s a decision among consenting adults.”

After the interview, she emailed LifeSiteNews to clarify that she believes “marriage is a sacrament between [only] two people” and “the Church teaches that we are to pray, discern and follow our conscience.”

“It brings violence when women are excluded” from the priesthood and society, Sevre-Duszynska said, and the “lack of feminine images of God, women at the table, and women priests has an affect on the rest of the psyches of men in the world.”

“If a person is transgender and is called to priesthood, we would welcome that person,” she said. “And we do have transgender women priests. I believe that Jesus welcomed everyone at the table, and that God’s command is, 'I don’t want your stinking sacrifices, I want justice and compassion for my people,' and I mean, in this Year of Mercy, we’d like to see that happen…with [Pope] Francis, where he says, women, women called to priesthood, we welcome you.”