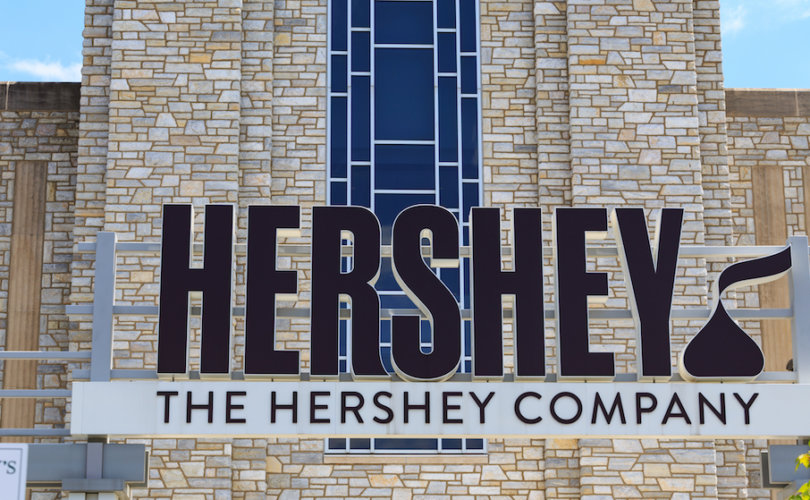 Office workers interviewed by The Epoch Times said that the company subjected them to months of meetings pressuring them to get jabbed, as well as invasive questions about their faith and personal lives that some described as “interrogation.”

“I really thought I’d be OK,” said Kim Durham, a sourcing buyer and payment analyst who left Hershey in January. “I thought, you cannot question my faith. Nobody can question that.”

Durham told The Epoch Times that she requested a religious accommodation in August without expecting her vaccination status to become a problem. But at a meeting with an HR representative the following month, Durham was repeatedly questioned about her religious reliefs and other personal matters “that had nothing to do with religion,” she recalled.

“It was an interrogation on your religious beliefs,” she said. “They twisted your words and tried to put words in your mouth. It was terrible. I was asked such personal questions that had nothing to do with religion.”

Durham said that Hershey ultimately denied her exemption request in November. She had only worked in-person once every two weeks, and mask and temperature checks were mandatory for all on-site work, she noted.

“We are losing our jobs over this vaccine policy,” Durham said. “It’s just wrong that a company can terminate you, and you lose your livelihood. This should not be forced.”

“I know people who got the vaccine just to keep their job. It wasn’t something they wanted to do, but they needed the job. I need a job too. But I’m not going to do something I don’t feel comfortable doing, just keeping my job,” she added.

Two other Hershey employees in the process of leaving the company testified anonymously to The Epoch Times about similar treatment.

All of the workers recalled being asked invasive questions during meetings about vaccination, such as: “Have you ever been vaccinated? Are your children vaccinated? How do you protect yourself when you leave your home? How often do you go to church? Do you take Tylenol, ibuprofen, Tums, or Midol? If so, how can you say that you’re truly a religious person, because a lot of those medicines also have the same ingredients as the vaccine?” according to the outlet.

In some cases, Hershey pointed to Pope Francis’ COVID-19 vaccine status and his endorsement of vaccination as an “act of love.”

After one employee submitted his or her new baby’s personal information for insurance coverage, the company even asked why the child had been given some vaccines while the parent remained unvaccinated for COVID-19.

“What does that have to do with me keeping a job? From the time we started this ordeal, we have had seven meetings about my vaccination status,” an employee said. “It was like harassment. I felt like I wanted to crawl under a rock when I was done.”

Hershey’s vaccine deadline for office workers was October 4, 2021. Retail and food production employees are not required to get the shots.

Employees fired for refusing vaccination were offered a “special separation payment” if they signed a confidentiality and release agreement pledging not to sue the company or speak about their experience, according to The Epoch Times.

Approximately 1,400 people have applied for exemptions to the company’s vaccine mandate, workers said, although it’s unclear how many, if any, were approved.

Despite Pope Francis’ support for the COVID jabs, all of which were either produced or tested with cells of aborted babies, there is no universal law requiring Catholics to be vaccinated.

Church leaders have regularly emphasized that Catholics, in fact, can refuse vaccination in good conscience and that employers are obligated to respect workers’ conscience rights.

“We have the right to freely follow our conscience. We must not be forced to act contrary to our conscience, i.e., to be compelled to do something we believe to be wrong,” the bishops of South Dakota stressed in an August 2021 letter backing conscience objections to the vaccines.

“A human being must always obey the certain judgment of his conscience,” the Catechism of the Catholic Church declares. “If he were deliberately to act against it, he would condemn himself.”

Some prelates even have argued against the liceity of the jabs, citing connections to “the heinous business of trafficking and marketing the remains of aborted children.”

And Hershey’s exemption process violates the National Catholic Bioethics Center’s (NCBC) call to “avoid undue pressure during the important and personal process of deciding about appropriate medical care and serving the common good.” “Only time and careful study of the virus and benefits and adverse effects of the vaccines will provide the answers many persons need to give free and informed consent,” the NCBC has said.

Hershey’s questions also appear to conflate abortion-tainted COVID vaccines with drugs developed decades before the advent of aborted fetal cell lines in the 1970s. Midol, for example, was first introduced in 1911, and Tums in 1930. Tylenol and ibuprofen similarly predate widespread use of fetal cell testing by several years.

The coronavirus shots, by contrast, “would not exist” without aborted babies’ cells, according to Children of God for Life (COGFL), a pro-life group that works to end the exploitation of aborted children in scientific research.

“Aborted fetal cell lines were used in the foundational research (synthesis of the SARS CoV-2 spike proteins), the vaccine development process and validation assessment prior to initiating clinical trial,” COGFL has noted. “It is correct to say that these vaccines would not exist but for the use of aborted fetal cell lines.”

The COVID jabs have additionally proved unable to protect against the spread of the virus. Recent data shows that vaccinated people have higher infection rates than the unvaccinated and have driven record spikes in COVID-19 cases around the world since the emergence of omicron.

The injections have repeatedly been linked to serious side effects, including the immune disorder Guillain Barré syndrome and potentially fatal heart issues such as myocarditis. A British study in December found that the risk of myocarditis in men under age 40 is several times higher than average after Pfizer or Moderna vaccination and that post-vaccine myocarditis may be more lethal than other forms of the condition.

COVID-19 remains a treatable illness for most people who contract it, with an estimated survival rate of 99.7 percent or higher for those under age 60, according to Stanford University medical professor Dr. John Ioannidis.