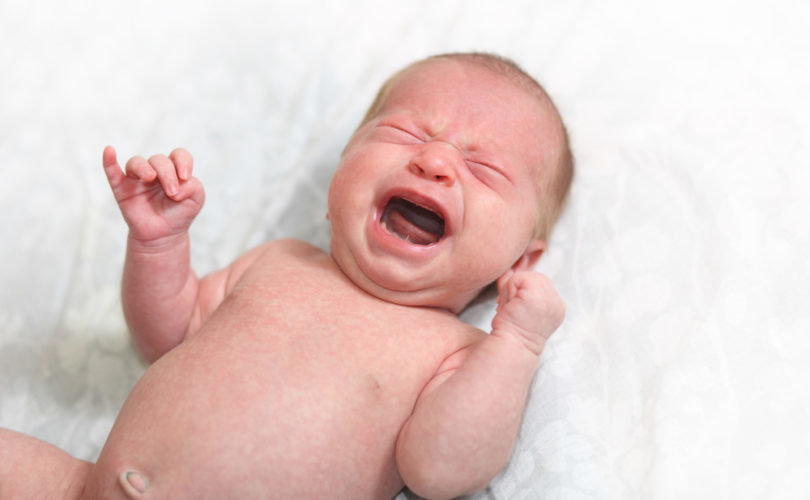 Note: This is part 4 of a series about how babies are born alive during abortion procedures:

April 24, 2013 (LiveActionNews.org) – On April 12, Live Action posted an article on nurses in neonatal care units who were forced to stand helplessly by and watch while babies born alive after abortions died without medical care. On April 11, Live Action had published another article quoting abortion clinic workers discussing similar cases where the baby never made it out of the clinic. It had a number of quotes like this one, from a clinic worker who was interviewed by pro-choice author Magda Denes:

There was one week when there were two live births in the same week. And just, you know, there’s this baby crying on the floor while all these women are in the process of trying to deal with their feelings about aborting their babies. One survived for a while.

[Interviewer] how did the mothers react who gave birth to the live babies?

Well. This one, she didn’t talk much. The mother delivered when there was no one there and there was some period when the mother was holding the baby. And it was grabbing onto her.… She was extremely upset by this whole thing. (1)

There have been other cases where people not connected to the medical community have been allowed to witness abortions and have seen babies born alive.

Pastor Zolton Phillips III worked for the Clergy Advisory Counsel to the Virginia League for Planned Parenthood in the early 1970s. He was active in the fight to legalize abortion and lobbied against pro-life laws. He described himself as being “an advocate for abortion.”

After being involved in the pro-choice movement for a number of years, Phillips was given the opportunity to witness abortion procedures. He was shocked at what he saw. The first abortion he witnessed in the Planned Parenthood clinic was a suction abortion in the first trimester. He describes his horror at seeing a fully formed hand caught in the gauze bag covering the jar that collected the aborted baby parts. He then saw two other suction abortions. The fourth abortion that he saw, a late-term abortion, was even more disturbing:

After the saline abortion, the baby was born alive. Shocked, I appealed to the nurse saying, “Hey, he’s trying to live, help him!” She replied, “I can’t because they’ve signed the papers that he’s dead.”

A saline abortion is performed by injecting a poisonous saline solution into the amniotic fluid that surrounds a second- or third-trimester baby. The caustic saline solution burns the baby’s skin and lungs as she breathes in the amniotic fluid, poisoning her and killing her over the course of several hours. The mother then goes through labor and “gives birth” to the dead baby. This abortion technique has been abandoned by most abortionists because it resulted in so many live births and because it is dangerous to the mother. A similar technique that is now used in late second- and third-trimester abortions consists of injecting a poison called digoxin into the heart of the unborn baby, stopping it over a period of time. Some abortionists, however, inject digoxin into the amniotic fluid, and this causes the baby to die slowly, again over the course of several hours. The effect on the baby is similar to that of the saline abortion.

Pastor Phillips was so horrified by the abortions that he witnessed that he reconsidered his pro-choice position. After contemplation, prayer, and Bible study, he converted to the pro-life cause and eventually became the president of Presbyterians for Life.

On September 21, 1989, University of Cincinnati student Yvonne Brower, who was doing a term paper on abortion, was allowed to witness one of the Dr. Haskell’s late-term D&E abortions (see more information about this type of abortion here). According to an article published in the National Review (2), she witnessed the baby being born alive. Brower contacted the police.

Here is an excerpt from the police report:

She stated that by 11 o’clock she had already observed two “D&E” three-day procedures on two patients. She stated on the third patient, however, the abortion was different …. The patient’s water was already broken and she spontaneously gave birth prematurely before the proper D&E procedure could be done. She stated that the baby was delivered feet first very quickly through the birth canal. The head was on its way out when Dr. Haskell reached over and got his scissors and snipped the right side of the baby’s common carotid artery.

But this failed to kill the baby. The police report went on:

The complainant stated that the baby was still moving when she looked at it once again …. it was breathing shallow breaths, as was evidenced by the chest moving up and down. She stated that she could also observe the baby’s hand having slow, controlled, muscular movements, unlike the short jerky twitchy motions she had seen and learned to expect when the baby was already dead before it came out of the birth canal.

Dr. Haskell denied that the baby had been born alive. In an article in the Dayton Daily News, he said:

It came out very quickly after I put the scissors up in the cervical canal and pierced the skull and spread the scissors apart. It popped right on out …. the previous two, I had to use the suction to collapse the skull.”

The police investigation went nowhere; it came down to Brower’s word against the abortionist’s. No charges were ever filed despite her eyewitness account.

People who are not in the medical field do not often witness abortions. Sometimes reporters are given permission to observe at abortion clinics, but most clinics have strict policies against allowing visitors in the actual operating room. One abortionist, Dr. Albert Hodari (now retired), said in a lecture at Wayne State University that he had a firm policy of not allowing the boyfriends or husbands of patients to watch the procedures because of their extreme reactions.

Unsurprisingly, abortion providers do not want strangers to see what they are doing. One has to wonder if these reports of babies born alive are only the tip of the iceberg. How many babies are born alive after abortions and disposed of without the public ever knowing?