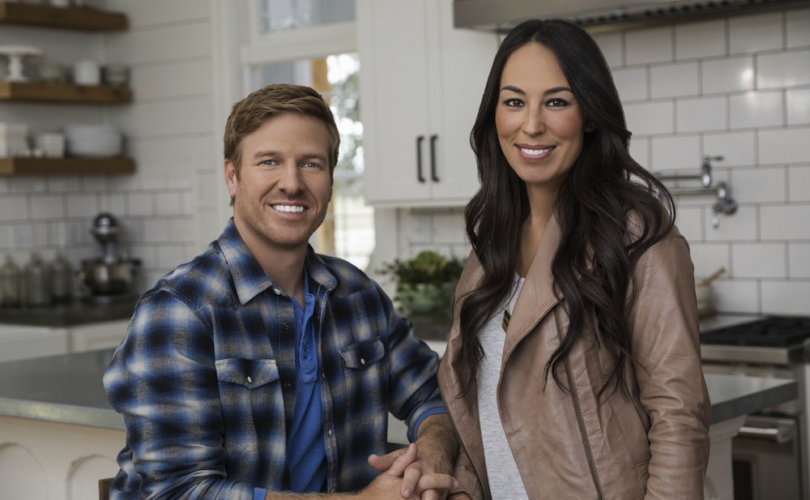 WACO, Texas, December 1, 2016 (LifeSiteNews) — Chip and Joanna Gaines, the stars of the HGTV home renovation show Fixer Upper, are facing questions about their views on homosexuality because their church’s pastor takes a Biblical view on gay “marriage.”

The Christian couple, who are in their fourth season on the popular cable TV series, attend Antioch Community Church, an evangelical megachurch led by founder Jimmy Seibert. He teaches that homosexual activity is a sin and believes those involved in same-sex attraction can change and should be helped out of the gay lifestyle.

LBGTQ activists have asked the Gaines to clarify their position. Joanna, a designer, and Chip, a builder, have remained publicly silent on the issue. BuzzFeed sought to contact their company, Magnolia, and HGTV's public relations department, but did not receive a response.

The campaign is reminiscent of one against HGTV two years ago as they prepared to launch a reality show starring twin brothers Jason and David Benham, themselves outspokenly pro-life and pro-family Christians. As a result of the campaign, HGTV cancelled their show in May 2014.

The story has received sharp criticism from readers who question the motives behind its publication considering the two have never shared their views on homosexuality in public.

This is a story about a big company, HGTV, refusing to say whether they ban LGBT people from a TV show. They should just answer the question https://t.co/rxsbfV11mb

The Antioch Community Church's website includes a section on “Beliefs” that states, ““Marriage is the uniting of one man and one woman in covenant commitment for a lifetime.”

In June 2015, Seibert spoke publicly against the U.S. Supreme Court's Obergefell decision on homosexual “marriage.” Preaching on the first book of the Bible, Genesis, where the uniting of Adam and Eve grounds marriage as between one man and one woman, Seibert said, “This is a clear biblical admonition. So if someone were to say, ‘Marriage is defined in a different way,’ let me just say: They are wrong.”

Seibert continued, “Homosexuality is a sin.” He tempers his teaching, however, with a call for compassion toward homosexuals, who, he says, statistics show “90 percent of people who are in a full-blown homosexual lifestyle were abused in some way, physically, sexually, mentally.” He also blames pornography for the homosexual epidemic sweeping the nation.

“God is able to give us power over every sin, including homosexuality,” Seibert said.  “We can change, contrary to what you hear. I’ve worked with people for over 30 years — I have seen hundreds of people personally change their direction of same-sex attraction from a homosexual lifestyle to a heterosexual lifestyle.”